A powerful eruption started at Papua New Guinea's Manam volcano around 04:48 UTC on January 23, 2019. The Aviation Color Code is Red.

Another high-level (~15 km altitude) explosive #eruption at #Manam #volcano (#PapuaNewGuinea) on Jan 23 at ~0400 UTC. Nighttime in PNG so no UV SO2 data yet; @NASA Aqua/AIRS detected ~13 kt SO2 – similar to other recent eruptions. @airesEO @EmmaLiu31 @BrendanVolc @elisa_ox pic.twitter.com/dPVlwsomNU 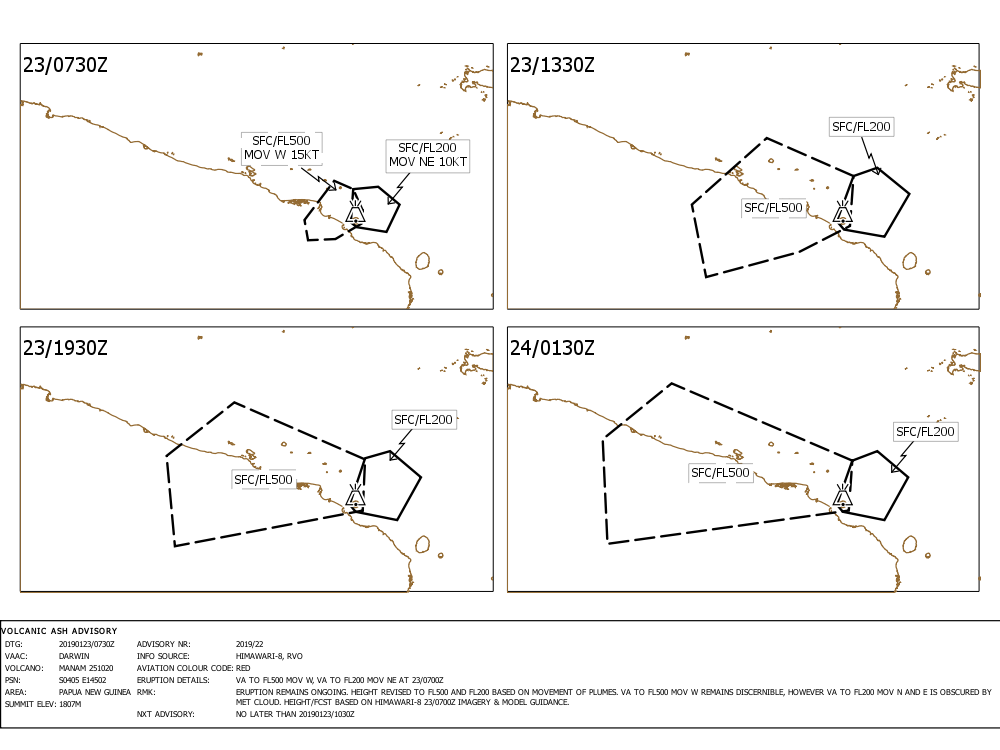 A major eruption of this volcano forced the evacuation of some 9 000 people in 2004. Many of them still reside at a camp on the outskirts of Madang.