The slide is about 6 km (3.7 miles) in length and appears to be originating near the summit. The debris field is approximately 3.2+ km (2+ miles) wide.

The trigger of this landslide is not clear, but Alaska has experienced a series of very large landslides (often in the early part of the summer) in recent years, including Juneau, Icy Bay / Tyndall Glacier, Glacier Bay / Lamplugh, and Sitka, landslides expert Dr. Dave Petley said.

The last known eruption of this volcano took place in 1876 (VEI 3). 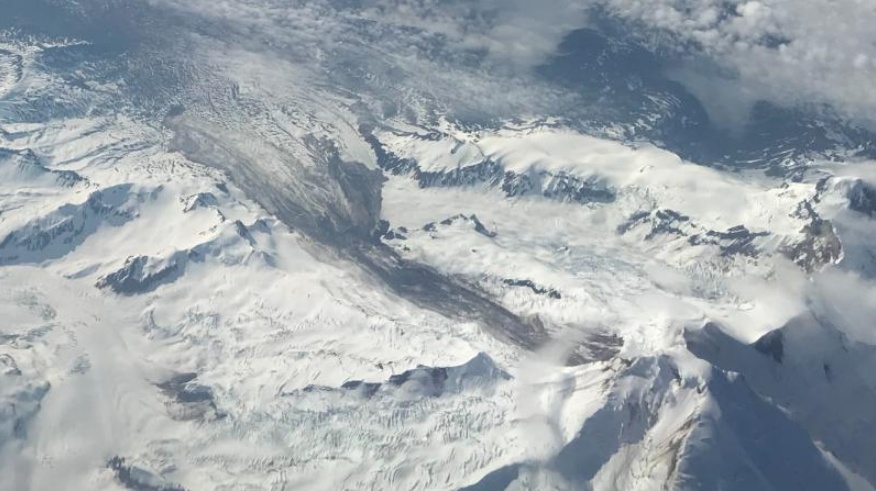 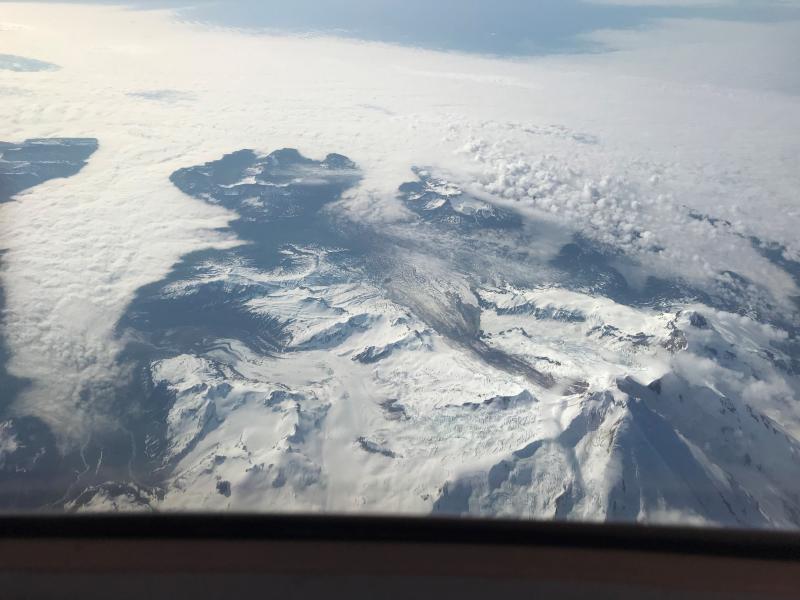 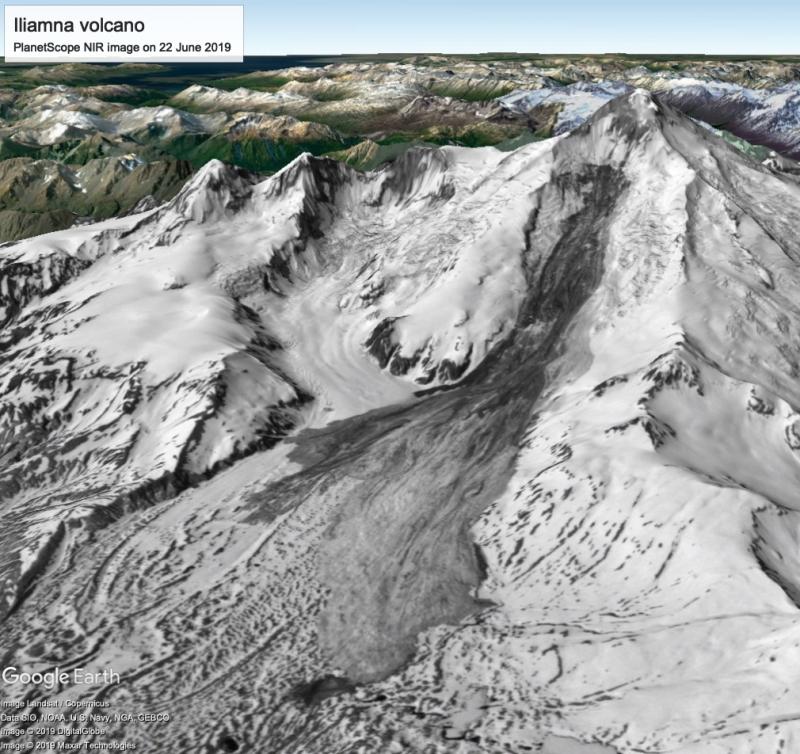 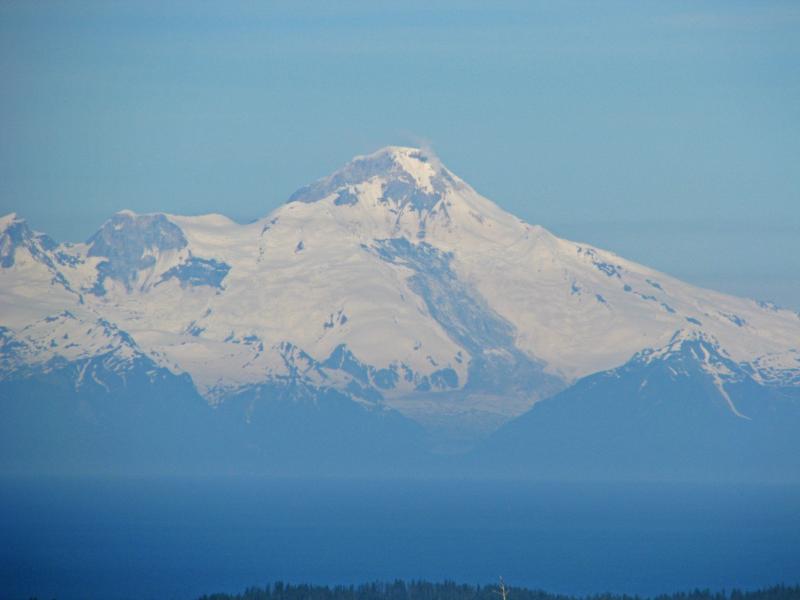 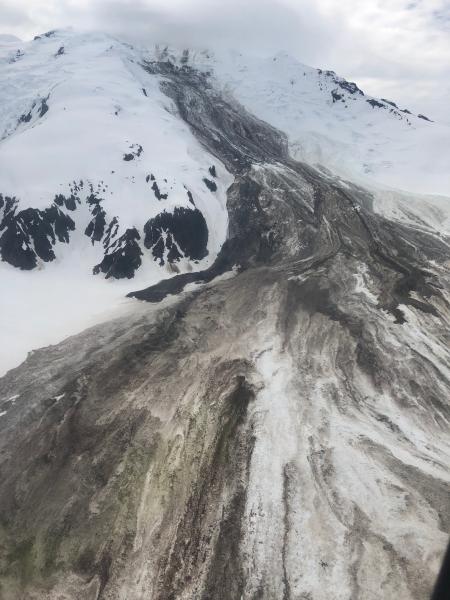 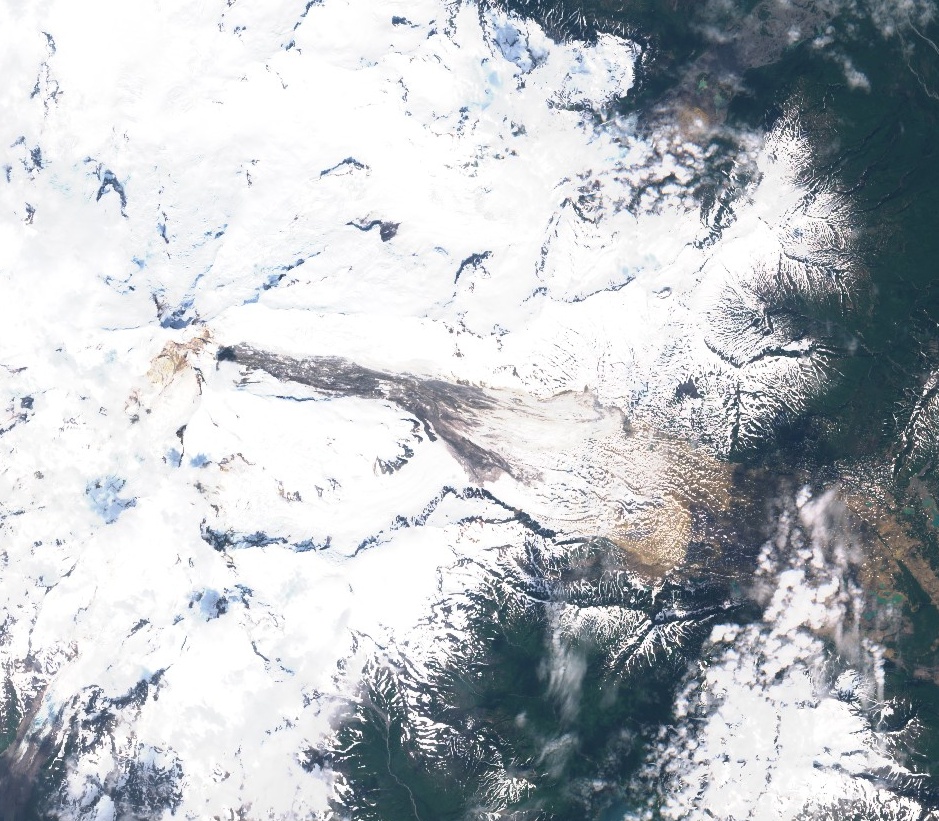 Landslide on the flanks of Iliamna volcano as seen on June 26, 2019. Credit: ESA/Sentinel

Iliamna is a prominent, 3 053-m-high (10 016 feet) glacier-covered stratovolcano in Lake Clark National Park on the western side of Cook Inlet, about 225 km (140 miles) SW of Anchorage.

Its flat-topped summit is flanked on the south, along a 5-km-long (3.1 miles) ridge, by the prominent North and South Twin Peaks, satellitic lava dome complexes. The Johnson Glacier dome complex lies on the NE flank.

Steep headwalls on the southern and eastern flanks expose an inaccessible cross-section of the volcano. Major glaciers radiate from the summit, and valleys below the summit contain debris-avalanche and lahar deposits.

Only a few major Holocene explosive eruptions have occurred from the deeply dissected volcano, which lacks a distinct crater. Most of the reports of historical eruptions may represent plumes from vigorous fumaroles east and SE of the summit, which are often mistaken for eruption columns (Miller et al., 1998).

Eruptions producing pyroclastic flows have been dated at as recent as about 300 and 140 years ago (into the historical period), and elevated seismicity accompanying dike emplacement beneath the volcano was recorded in 1996. (GVP)