A tropical low continues to strengthen over the Timor Sea, north of Western Australia today and is expected to become Tropical Cyclone "Wallace" Friday night or early Saturday, April 6, 2019 (AWST). Outer bands will bring rain and gusty winds to the Kimberley coast of Western Australia this weekend.

The Australian Bureau of Meteorology continues to monitor the tropical low to the northwest of the Top End which has been tracking slowly west southwest into the Timor Sea, taking the more severe weather away from the Northern Territory.

Development of the system has been slow over the last 24 hours because winds in this area have been unfavorable, however today it is expected to move further west into an area that is more conducive to cyclogenesis and the current expectation is that it may develop into tropical cyclone Wallace later tonight or in the early hours of Saturday morning, north of the Kimberley coast, BOM Meteorologist Andrea Peace said.

A warning has been issued for coastal communities between Kalumburu and Cockatoo Island. There is potential for gales with gusts to 100 km/h (62 mph) to develop about the exposed coasts in this region from late tonight or early Saturday, April 6 if the system is to track further south than expected. 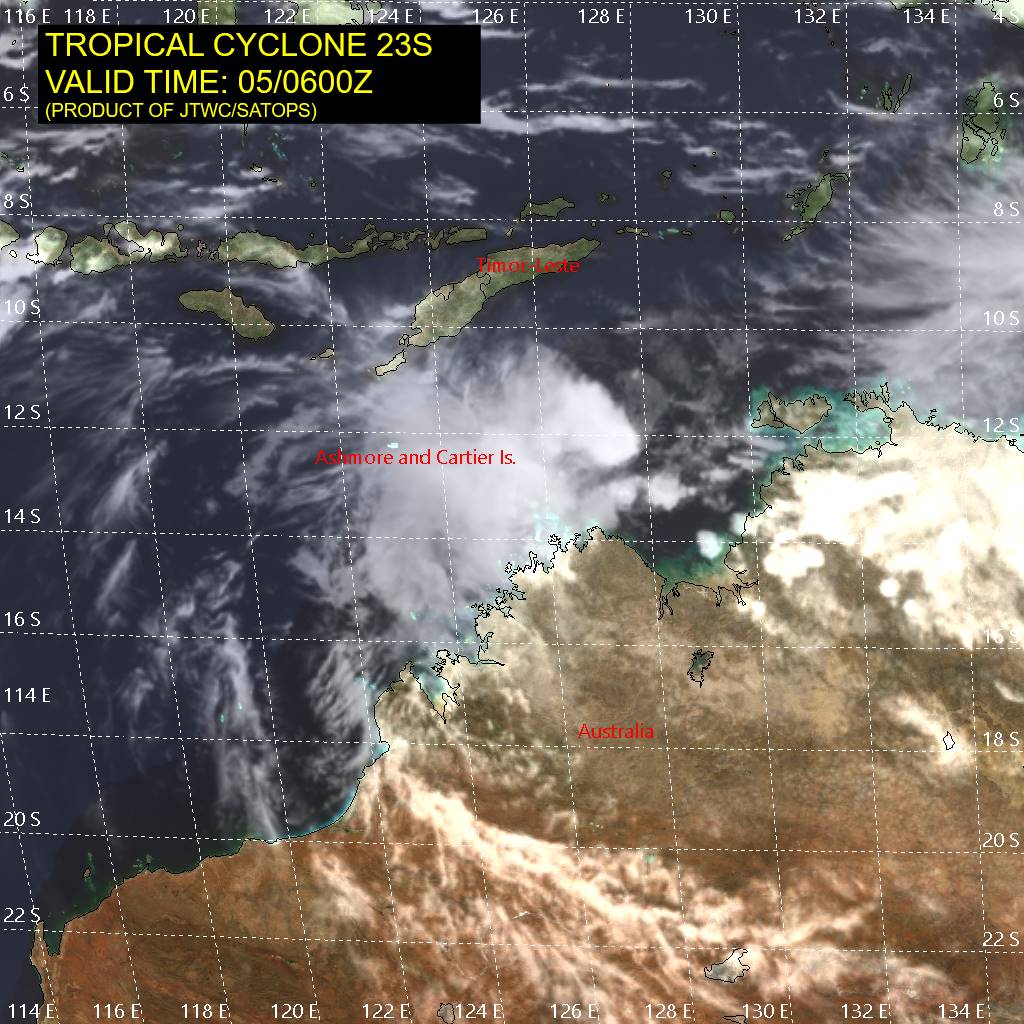 The gales may extend further to exposed coastal parts from Cockatoo Island to northern parts of the Dampier Peninsula from Saturday afternoon.

At this stage the most likely path is to the west southwest, away from the Western Australian mainland, however, there remains a potential for the system to approach the west Pilbara coast early next week. 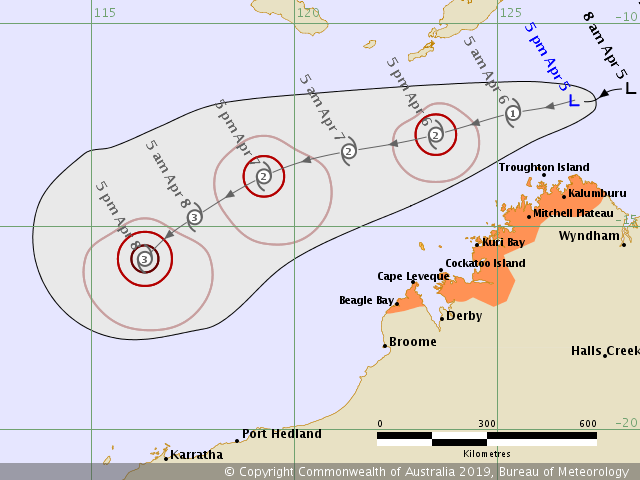 The movement of the system will become clearer over the weekend, Peace said, urging residents to keep checking the Bureau website or app for the latest forecasts and warnings.