Mozambique is on high alert as extremely dangerous Tropical Cyclone "Idai" closes in on the country. Landfall is expected between Chinde and Chiloane Thursday night local time or early Friday morning, March 15, 2019. The storm has already affected more than 150 000 people and left at least 38 dead.

The storm maintains a southwestward track that is expected to bend gradually westwards over the next 24 hours with the strengthening influence of a subtropical ridge located southwest of the system. 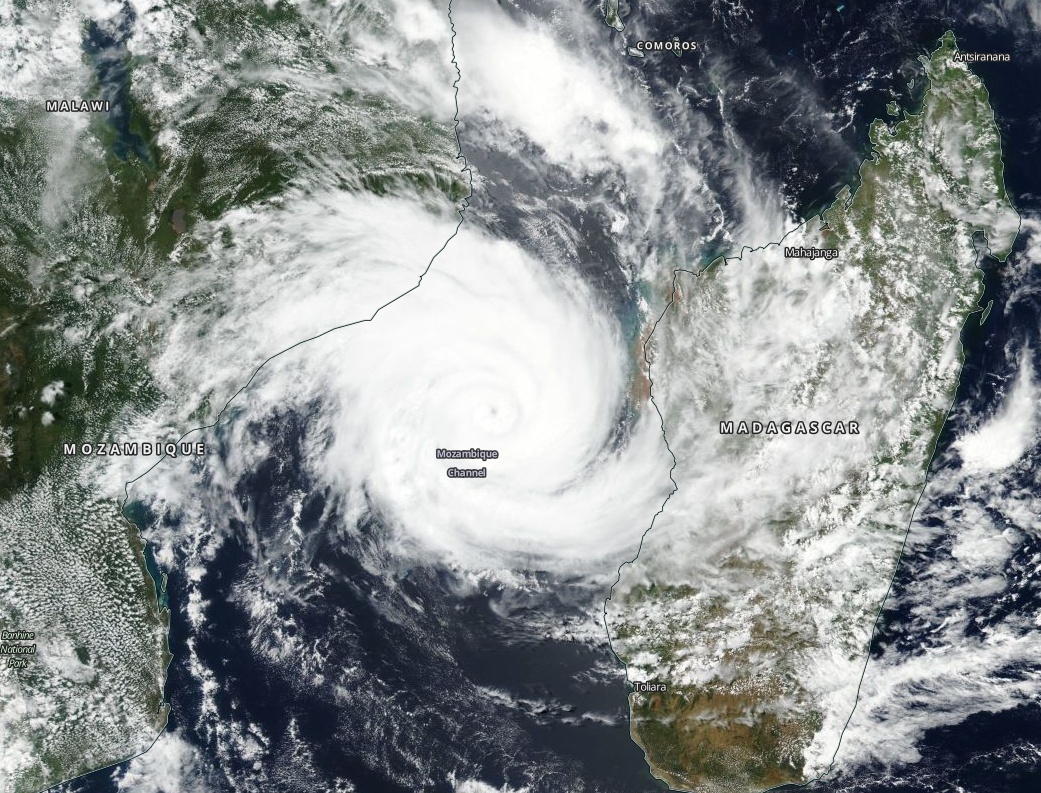 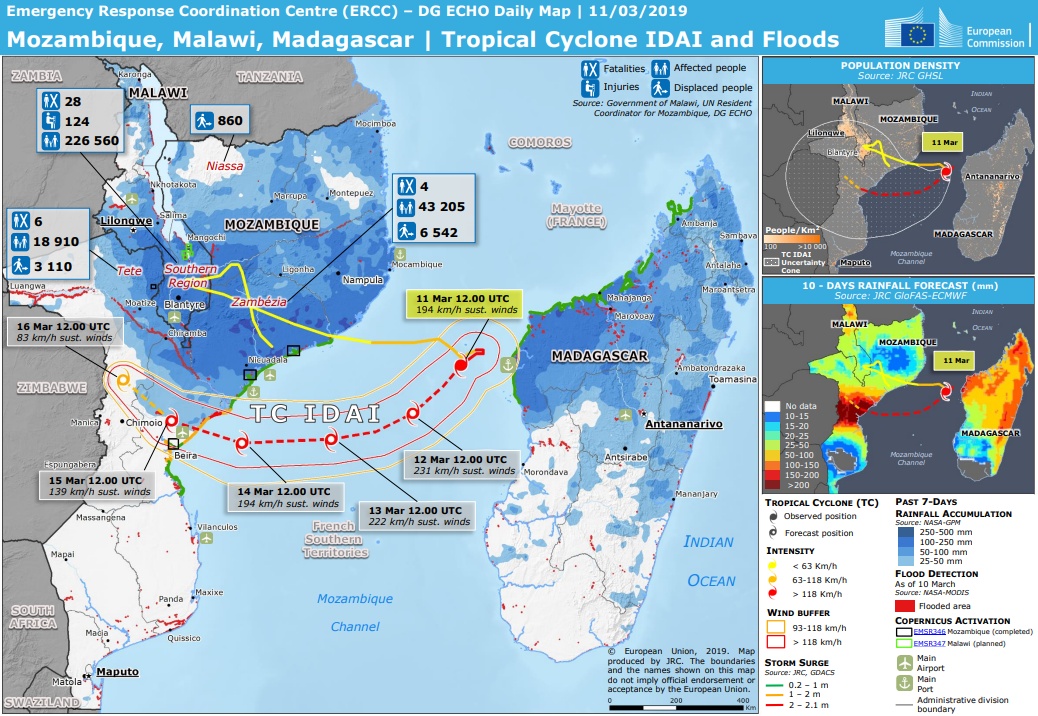 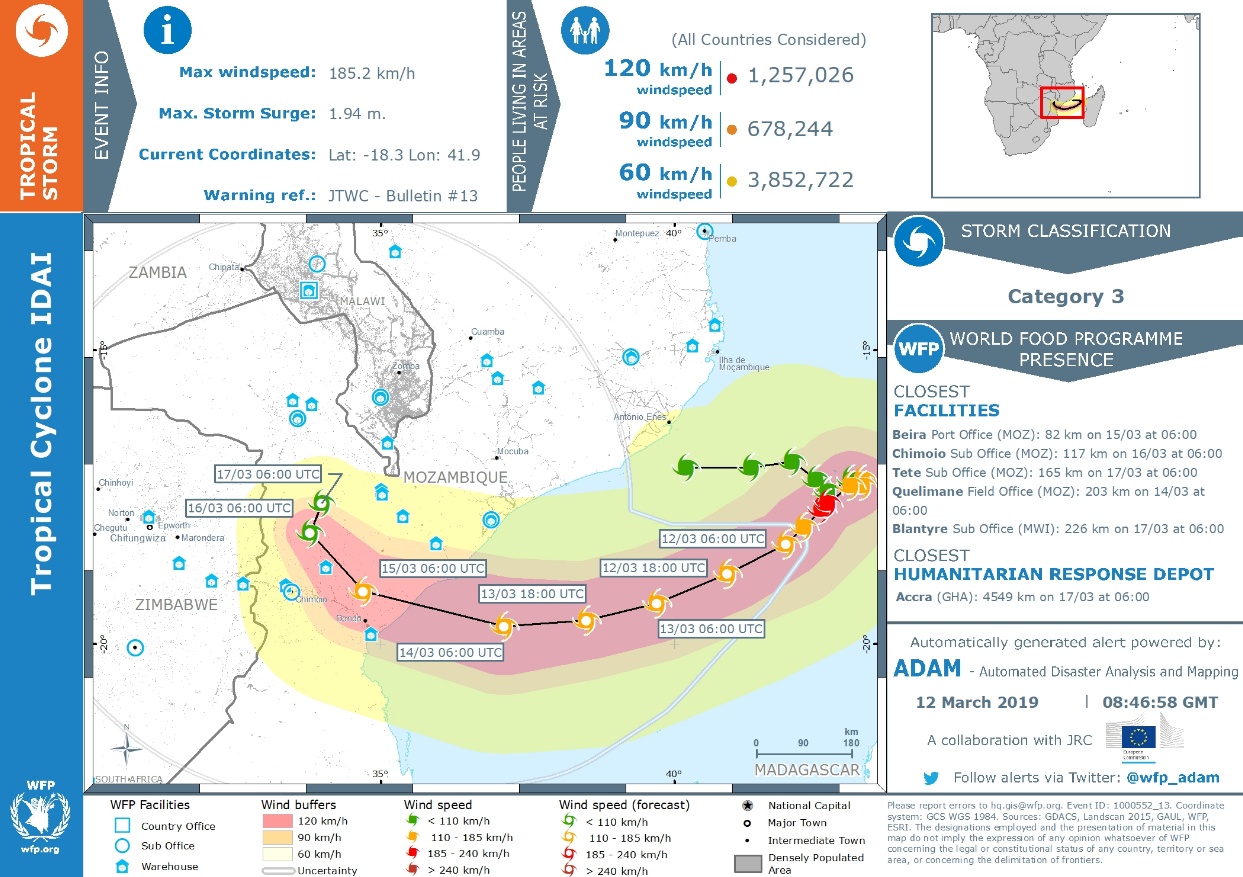 Confidence has increased in the track forecast and it is now estimated that there is 3 out of 4 chances that the center will cross the Mozambican coast between Chinde to the north and Chiloane to the south including the Beira area. This will happen Thursday night or early Friday morning, the center said.

Although environmental conditions are expected to remain quite conducive to support an intense system until landfall, the intensity forecast remains challenging due to the ongoing inner core process.

MIMIC precipitable water from CIMSS show some dry air wrapping over the eastern outer circulation but with very low shear or mid-shear, this dry air is expected to remain outside the inner core. 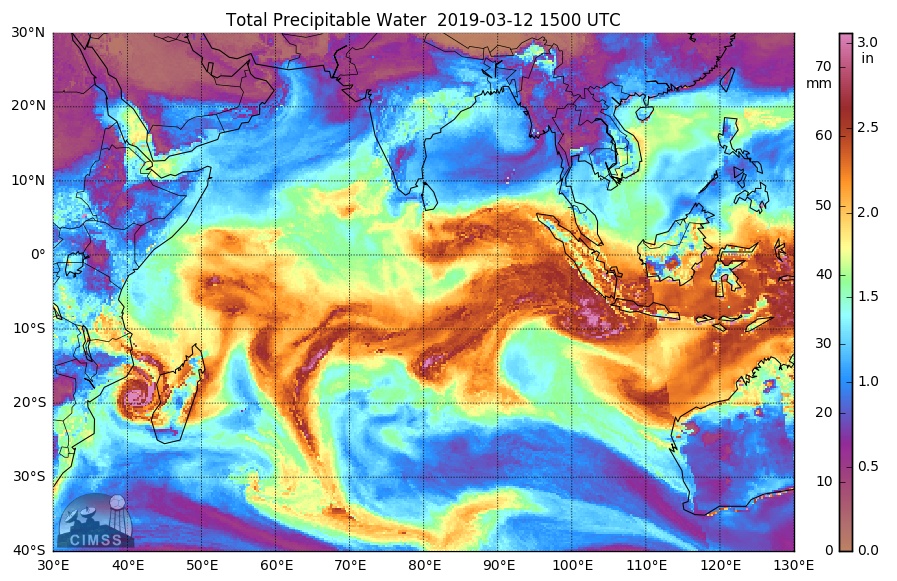 The general philosophy remains that Idai is expected to regain strength and be an intense tropical cyclone as it nears the Mozambique coast over the next 48 – 60 hours.

Idai should be a very dangerous storm at the time of its landfall and residents in the expected landfall area are urged to follow official recommendations and monitor products from the national weather services of Mozambique.

Dangerous storm surge, exceeding 3 m (9.8 feet) are likely where and just to the south of where the center makes landfall.

On the current forecast track, storm surge in the Beira area may reach 1.5 m – 2 m (4.9 – 6.6 feet). Please note that this value does not take into account the tide and the sea level rise due to the cyclonic swell. 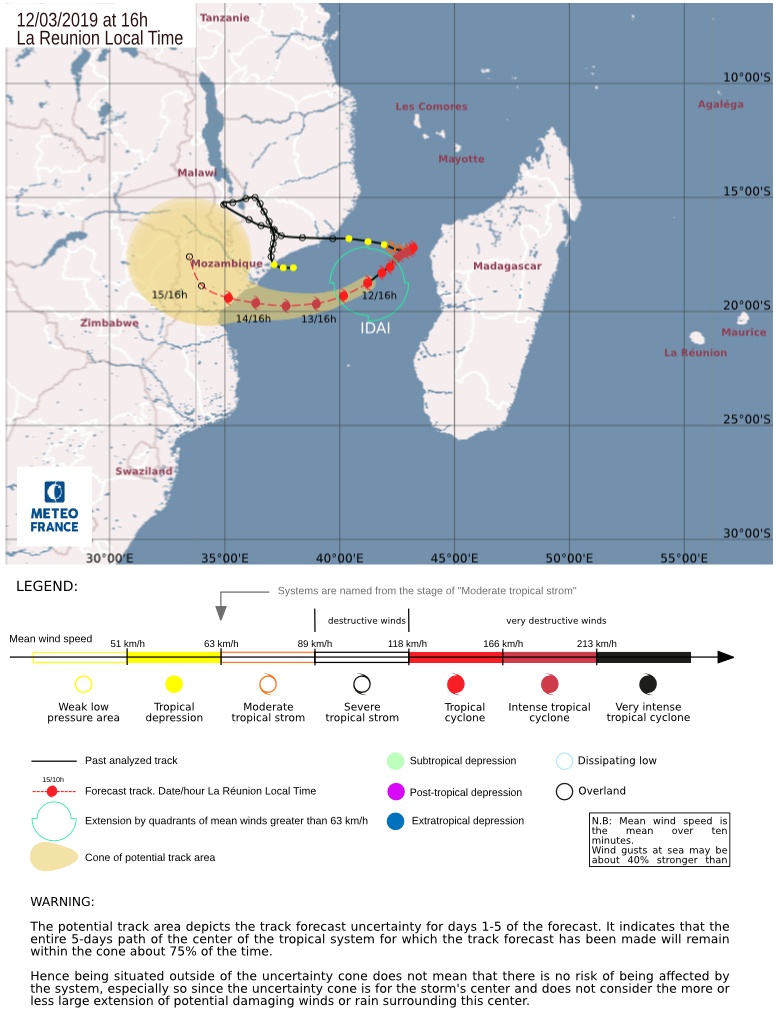