Two volcanic earthquakes and one rockfall event were observed on March 11 (UTC) as well as moderate emission of white steam-laden plumes creeping downslope and eventually rising up to 150 m (592 feet) above the summit before drifting SSW and SW.

Fair crater glow from the summit could be observed during the night.

Two phreatic eruption events were also recorded at the volcano at 00:11 and 22:27 UTC on March 7. PHIVOLCS maintains Alert Level 2 over the volcano – moderate level of unrest.

Sulfur dioxide (SO2) emission was measured at an average of 988 tonnes/day on March 7. Precise leveling data obtained from January 25 to February 3, 2019 indicate a slight deflation of the edifice relative to December 8 – 13, 2018. 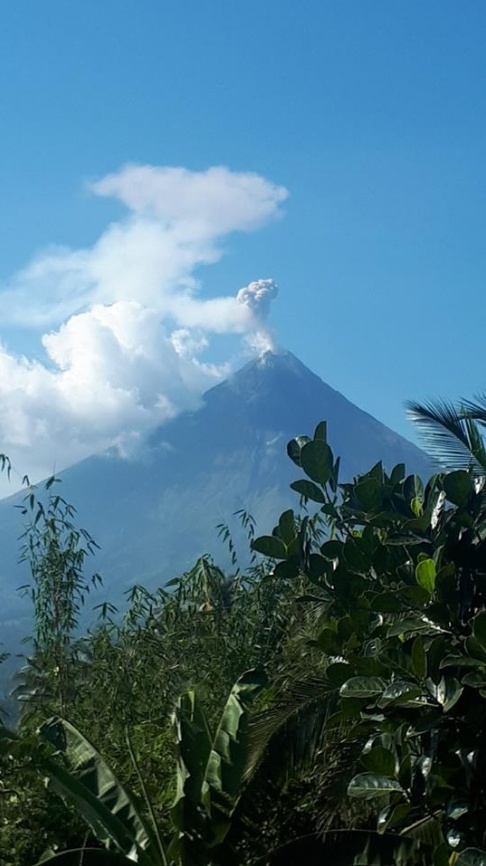 Members of the public are reminded sudden explosions, lava collapses, pyroclastic density currents or PDCs and ashfall can still occur and threaten areas in the upper to middle slopes of Mayon.

Entry into the 6 km (3.7 miles) radius Permanent Danger Zone is strictly prohibited as well as into a precautionary 7 km (4.3 miles) radius Extended Danger Zone in the south-southwest to east-northeast sector, stretching from Anoling, Camalig to Sta. Misericordia, Sto. Domingo.

People residing close to these danger areas are also advised to observe precautions associated with rockfalls, PDCs and ashfall.

Civil aviation authorities must advise pilots to avoid flying close to the volcano’s summit as airborne ash and ballistic fragments from sudden explosions and PDCs may pose hazards to aircrafts.