A second off-season tropical cyclone has formed in the South Pacific Ocean and was named Ella today. Ella is currently located south of Samoa as a quasi-stationary system with maximum sustained winds near 83 km/h (52 mph). Slight intensification is expected over the next two days as the system moves toward Fiji.

Currently, Ella is producing considerable rain over Samoa and American Samoa but is slowly moving away from the islands. 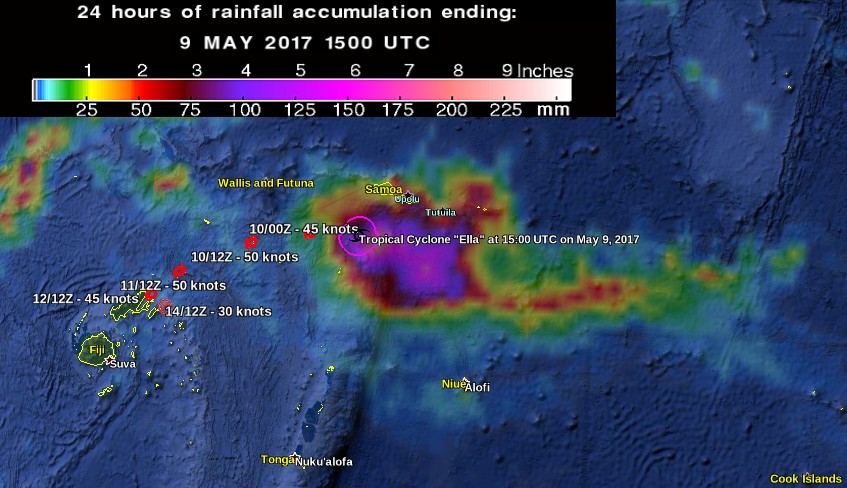 At 15:00 UTC on May 9, Ella's center was located approximately 278 km (172 miles) west-southwest of Pago Pago, American Samoa. The system has tracked west-northwestward at 3 km/h (2.3 mph) over the past six hours.

Environmental conditions are expected to remain marginal with a slight improvement over the next 48 hours, allowing the system to intensify slightly to 93 km/h (57 mph).

Current JTWC's forecast track takes Ella directly toward Fiji, but there is still low confidence in it. Ella could reach Northern Division, Fiji by 12:00 UTC on May 12. 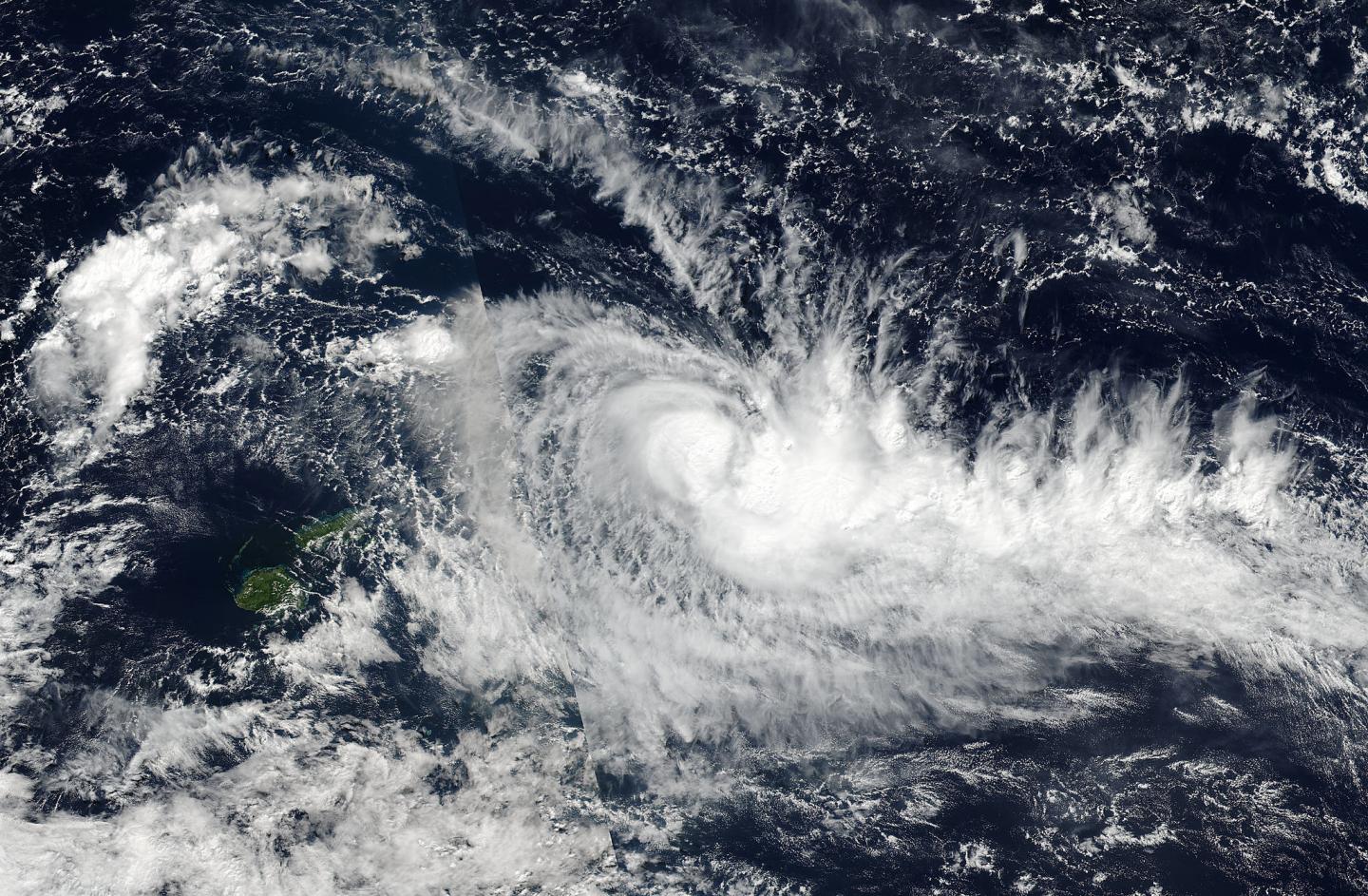 After Donna, the strongest May tropical cyclone ever to hit southern hemisphere, Ella is the second off-season tropical cyclone to form after the official end of the 2016/17 South Pacific Cyclone Season on April 30.