Tropical Cyclone "Donna" (18P) formed northeast of Vanuatu on May 3, 2017, 3 days after the official end of the 2016/17 South Pacific Cyclone Season. Donna is expected to rapidly intensify over the next 24 hours to Category 3 or 4 cyclone on the Saffir-Simpson scale and start its very dangerous track over Vanuatu.

Although models still slightly disagree on the exact timing, intensity, and track, Donna will likely bring significant damage and destruction to many islands of Vanuatu. Wind gusts might reach as high as 260 km/h (161 mph), rainfall totals between 300 and 500 mm (11.8 and 19.7 inches). There is a potential for significant river flooding, severe flash flooding, and landslides. Dangerous and damaging waves including coastal tidal surge and inundation could develop across the country. 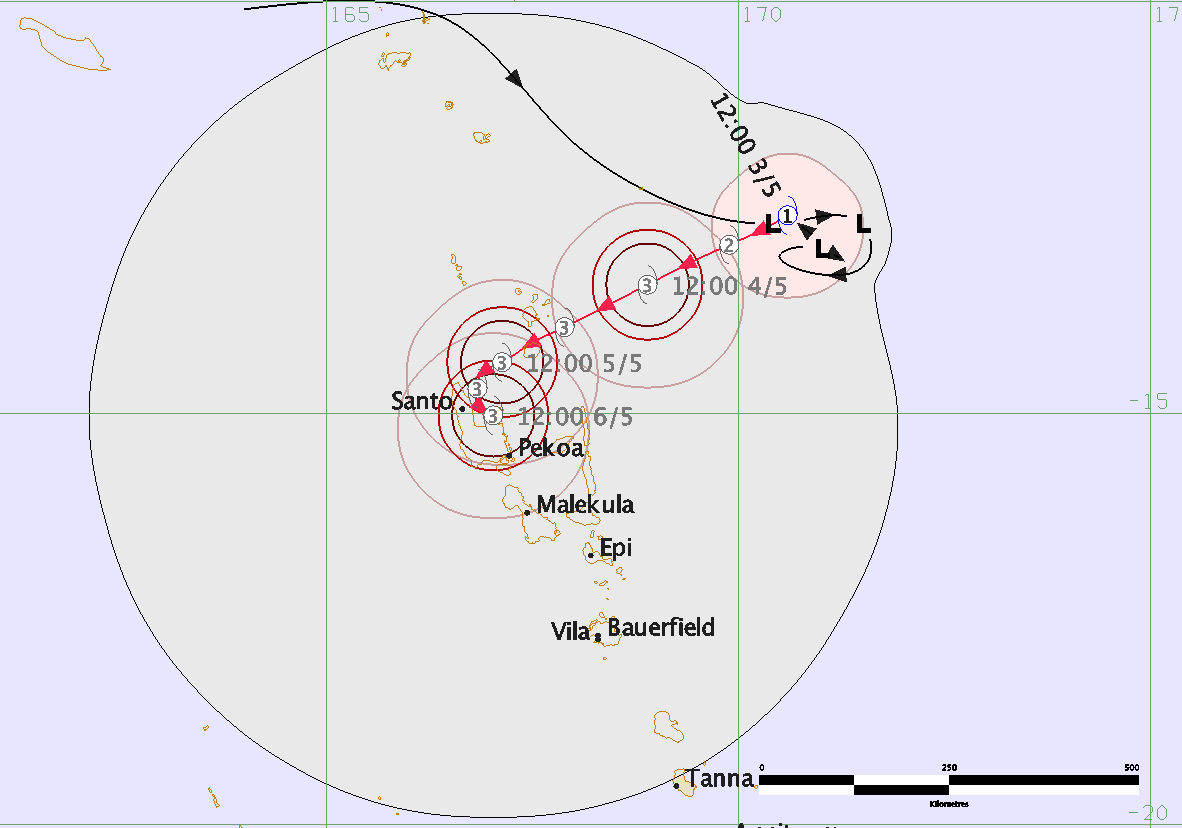 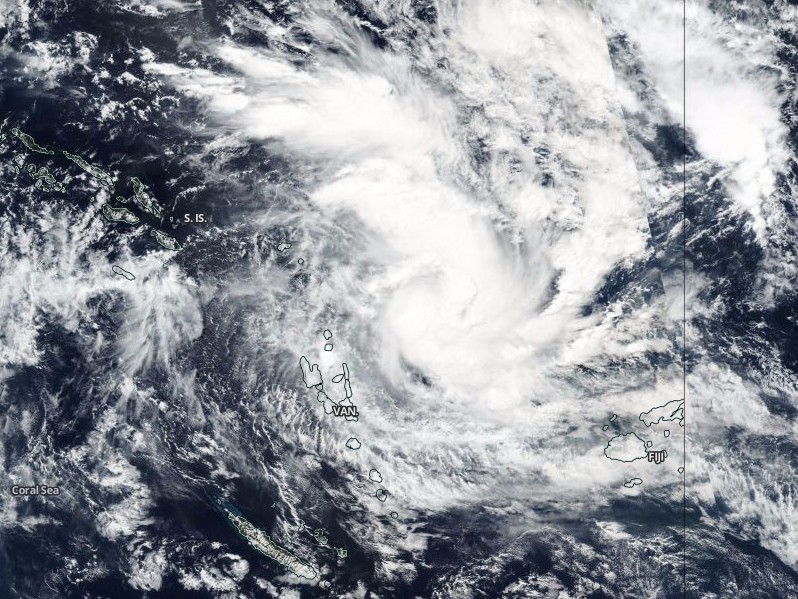 The system has turned westward over the past six hours under the influence of a developing subtropical steering ridge to the south. It has steadily intensified and became increasingly organized under the favorable influences of strong poleward outflow aloft, low vertical wind shear and passage over very warm water.

Over the next 48 hours, Donna is expected to track westward to southwestward under the influence of the subtropical steering ridge. Steady intensification is anticipated as environmental conditions remain favorable, with some guidance suggesting a more rapid intensification rate, JTWC said. By 09:00 UTC on May 5, Donna is expected to turn sharply poleward and move parallel and near to the Vanuatu island chain.