Tropical Cyclone "Cook" made landfall over New Caledonia's main island of Grande Terre around 04:00 UTC on April 10, 2017, with maximum sustained winds around 154 km/h (95 mph) and gusts up to 200 km/h (124 mph). This made it a Category 2 hurricane equivalent on the Saffir-Simpson wind scale. The impact coincided with the high tide, exacerbating flooding fears.

Damage was reported along the east coast of Grand Terre, especially in the communities around Thio, Canala, Houailou and Kouaoua. A number of houses were also damaged in Lifou (Loyalty Islands). 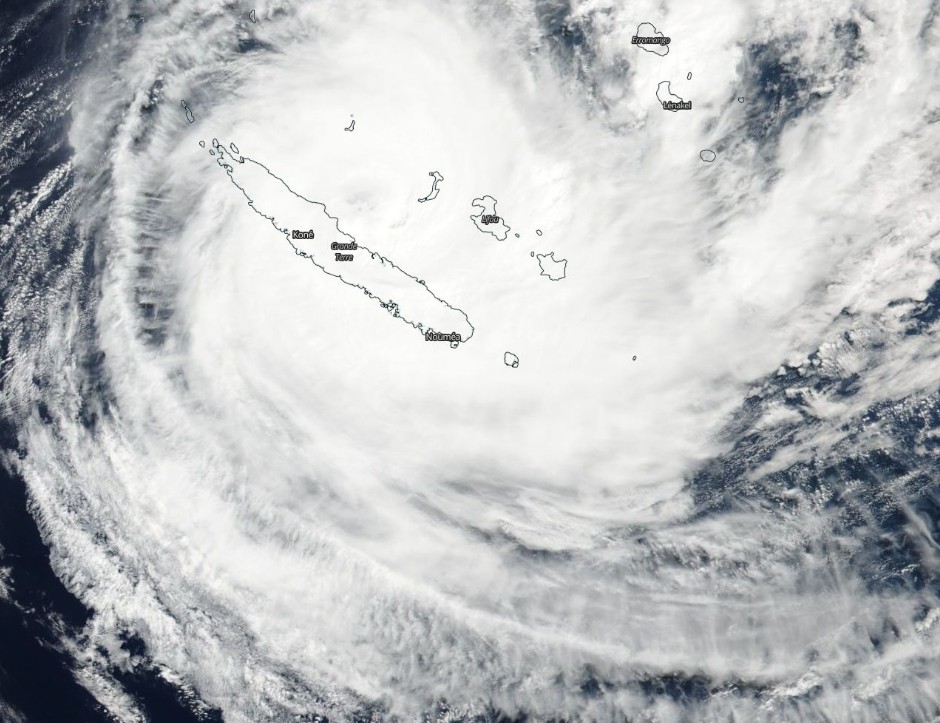 At the same tame, Meteo France in New Caledonia noted that Alert number 2 remains in effect through the rest of the day for the municipalities of Thio, Bourail, La Foa, Sarraméa, Moindou and Farino, the province of the islands, the Northern Province (with the exception of the communes of Bélep and Maré which remain on cyclonic level 1 alert). Alert number 1 was also still in effect on the rest of New Caledonia.

The weather in New Caledonia will improve over Tuesday as Cook moves further away.

Environmental conditions are no longer supportive of development and the system is forecast to weaken over the next two days. However, our attention is now turning to New Zealand as what remains of the system could bring heavy rain, high surf and strong winds to the country already heavily flooded by remnants of Cyclone "Debbie." For the New Zealand, this will not be the only rainmaker this week as another low will move across the country from Tuesday, April 11.

New Caledonia has not experienced a direct hit since Cyclone Erica in 2003.