The center of Tropical Cyclone "Niran" passed just south of New Caledonia on March 6, 2021, causing extensive damage to the power grid and vegetation across the island. At least two people were injured and more than 20 000 left without power. Niran was Category 4 Severe Tropical Cyclone on the Australian scale as it passed near the state; it peaked on March 5 with maximum sustained winds of 255 km/h (160 mph) — one of the strongest storms ever recorded in the Southwest Pacific.

The cyclone brought a lot of rain and wind gusts of up to 220 km/h (135 mph) to New Caledonia, downing power lines and ripping roofs off of buildings in areas such as Dumbea, on the outskirts of Noumea (population 94 000).

One child was injured by broken glass from a bay window and several ships forced aground near Noumea, authorities reported. 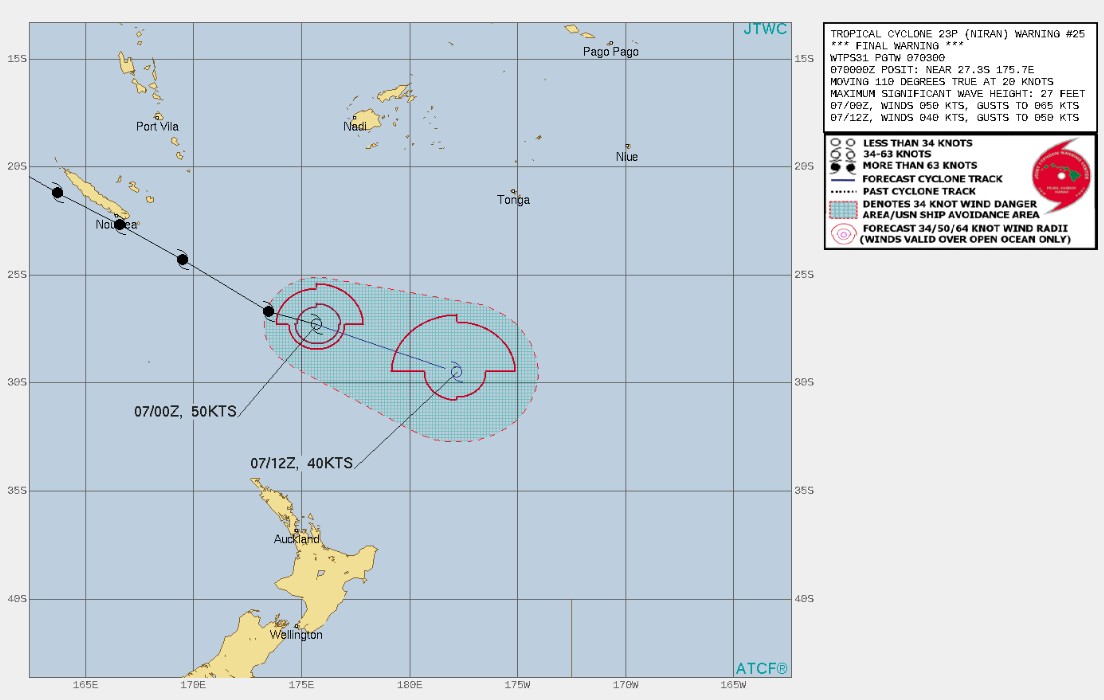 #niran #NewCaledonia #newcaledonia #cylone #hurricane #Hurricane #noumea #NouvelleCaledonie This morning after the passage of cyclone Niran. Some damage to the broken branches and roller shutters torn off. The sky is blue… pic.twitter.com/8Azou1lVwt

At 03:00 UTC on March 7, the cycle was moving along the southwest periphery of the deep layered subtropical rige to the east.

The harsh upper level dynamics, along with the decreased sea surface temperatures, has decreased the system intensity over the past six hours as it underwent a subtropical transition.

Niran peaked as a Category 5 cyclone on the Australian scale with maximum sustained winds of 255 km/h (160 mph) on March 5, becoming one of the strongest storms ever recorded in the Southwest Pacific.