Tropical Cyclone "Ruby" formed on December 12, 2021, as the first named storm of the 2021/22 South Pacific cyclone season. Ruby made landfall in western New Caledonia on December 14, moving fast toward the middle of the island with winds of 110 km/h (70 mph). This placed it on the upper edge of Category 2 Cyclone.

At 06:00 UTC on December 14, the center of Tropical Cyclone "Ruby" was located approximately 120 km (75 miles) north-northwest of Nouméa, New Caledonia.

The cyclone will continue bringing periods of heavy rain and strong winds to majority of New Caledonia today. Residents are urged to pay close attention to official weather updates.

Ruby will likely be clearing from New Caledonia by tonight, followed by high humidity and calmer conditions.1 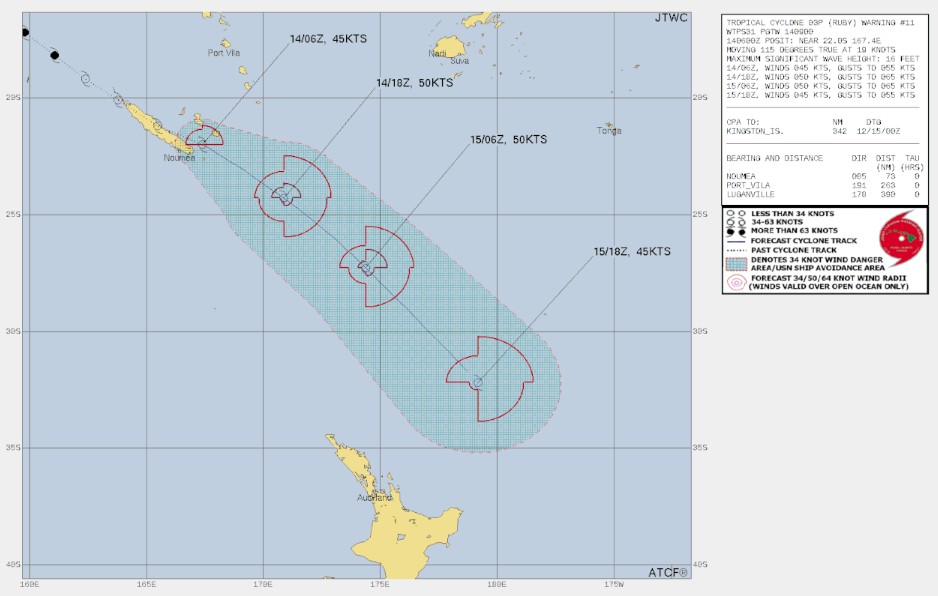 After moving over New Caledonia, the storm will head toward New Zealand.

"Ruby’s path to New Zealand is complicated – it’s likely to get swallowed up by a ‘mega’ low in the New Zealand area which will contribute to more wind and rain in the NZ area, but not as a direct single storm moving in. In fact, the center of Ruby’s remnants may well miss New Zealand out to the east," WeatherWatch meteorologists said.

The New Zealand MetService has issued an Orange alert for heavy rain.

Heavy Rain Warnings and Watches are in force for parts of the North Island, northwest Tasman, Canterbury, and Marlborough. Note, winds may approach severe gale over Auckland, Buller, and northern Westland.

People are advised to keep up to date with the latest forecasts in case any changes are made or further areas are added.

Impact: Heavy rain may cause streams and rivers to rise rapidly. Surface flooding and slips are also possible and driving conditions may be hazardous. 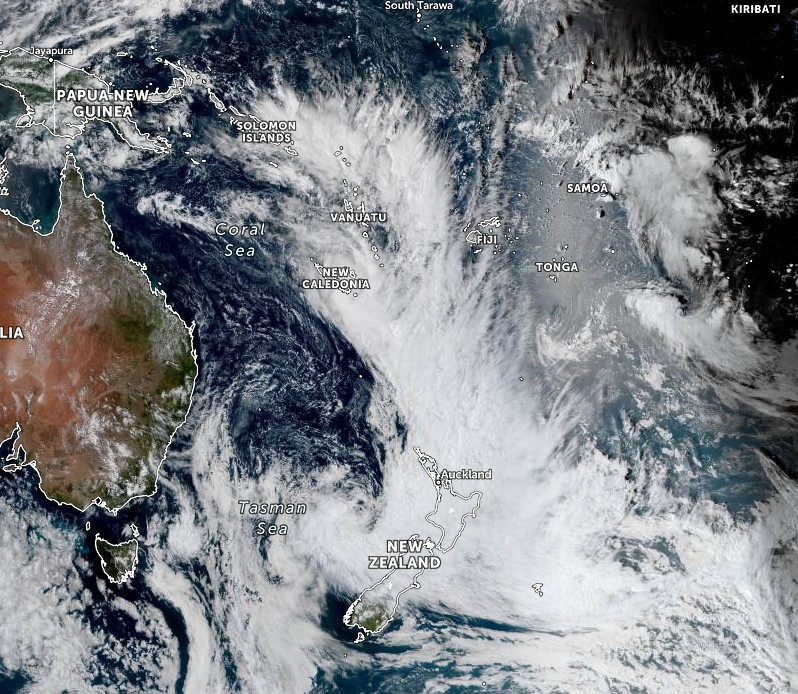