Tropical Cyclone "Cook" was named on April 8, 2017, just after it moved away from Vanuatu on its way toward New Caledonia. Cook is expected to reach New Caledonia and make landfall around 12:00 UTC on Monday, April 10 (23:00 local time).

The environmental analysis shows a very favorable environment with radial outflow, low vertical wind shear, and sea surface temperatures near 29 °C (84.2 °F). Currently, Cook is tracking southward along the western periphery of a deep-layered ridge positioned to the east. 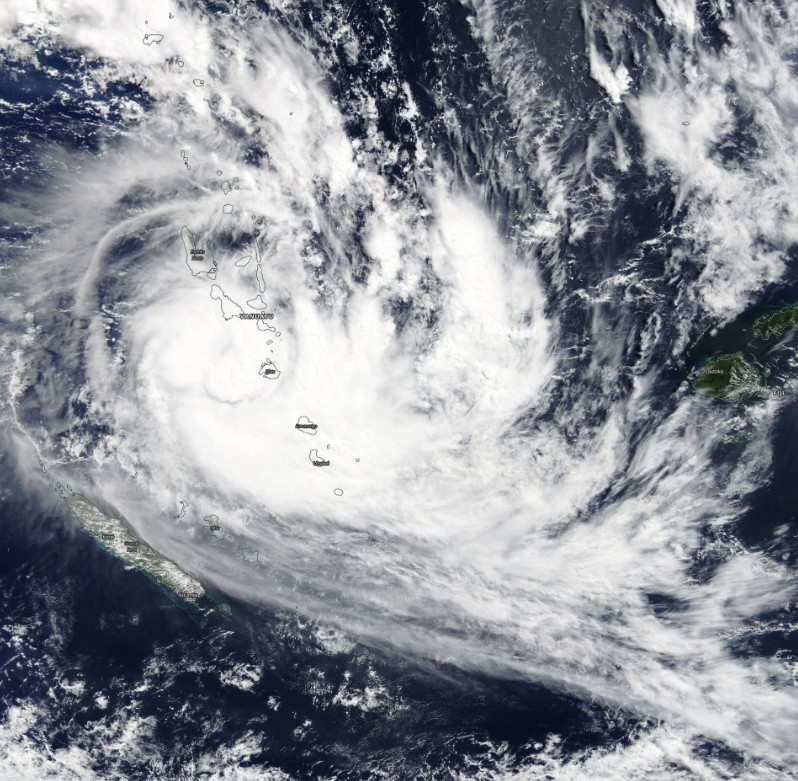 The system is expected to reach a peak intensity of 157 km/h (97.8 mph) before it makes landfall around 12:00 UTC on April 10. This would make it a Category 2 hurricane equivalent on the Saffir-Simpson wind scale. Cyclones of this strength can cause extensive damage. Well-constructed frame homes could sustain major roof and siding damage. Many shallowly rooted trees will be snapped or uprooted, blocking numerous roads. Near-total power loss can be expected with outages that could last from several days to weeks.

According to GDACS, the vulnerability for this event is medium. Approximately 200 000 people might be affected by winds stronger than 140 km/h (86.9 mph).

JTWC expects the system to transition into an extratropical system on April 13.