JMA called for particular readiness in Hokkaido for potential violent snow storm of magnitude seen "once in a few years".  Maximum instantaneous winds reaching 108 – 126 km/h  (67 – 78 mph) are forecast nationwide except for Okinawa, Amami and some other regions.

The Kuril Islands will see wind gusts eclipse typhoon strength and could approach 130 – 160 km/h (80-100 mph) Tuesday night and into Wednesday.

According to the JMA, two low-pressure masses, one over the Sea of Japan and the other over Honshu, are expected to grow fast and move northeast on Tuesday, eventually forming an atmospheric pressure distribution typical to winter over Japan. (JT)

The two masses will converge Wednesday over Hokkaido and grow further, creating a situation that will cause a strong cold airstream to continue to move toward Japan until Thursday.

Meteorologist Robert Speta of the WestPacWx said heavy rainfall could trigger localized flooding on Japans Pacific coast. This storm acts a lot like the sea effect snow event we seen this past weekend in Tohoku and Hokoriku.

"To put it in perspective this storm will have a deeper pressure and stronger gradient than the one on March 4, 2013 that killed nine in Japan," he said. 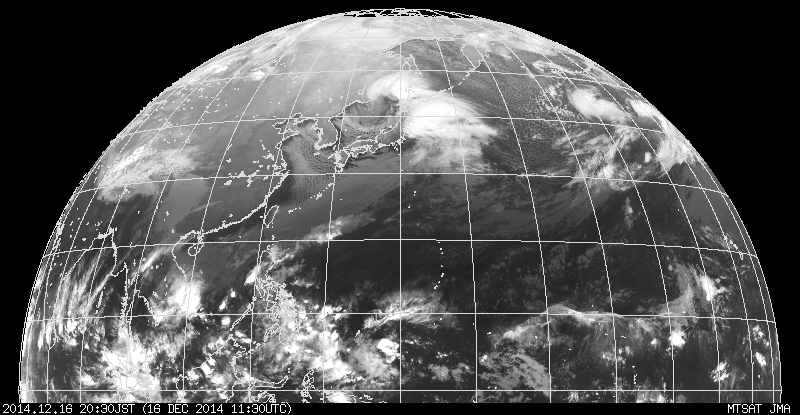