Tropical Cyclone "Anika" made landfall on the north Kimberley coast near Faraway Bay, Western Australia as a category 2 system on the Australian cyclone scale at 12:00 UTC (20:00 WST) on Saturday, February 26, 2022.  Anika has been downgraded below tropical cyclone strength but is expected to strengthen again once it moves over waters off the west Kimberley early in the new week. A severe tropical cyclone impact to the east Pilbara or west Kimberley coast is forecast for late Wednesday or Thursday, March 2 or 3.

Heavy rainfall and flooding are forecast to continue in the northwestern Kimberley, including Broome, Derby, and Bidyadanga, with rainfall totals of 100 – 200 mm (4 – 8 inches) and isolated falls of 200 – 350 mm (8 – 14 inches) today and similar falls into early parts of this week, the Australian Bureau of Meteorology (BOM) said.

These falls are likely to cause some roads to become impassable and some communities may become isolated.

The system is expected to intensify further as it turns south over the open ocean on Wednesday.

A severe tropical cyclone impact to the east Pilbara or west Kimberley coast is forecast for late Wednesday or Thursday, March 2 or 3. 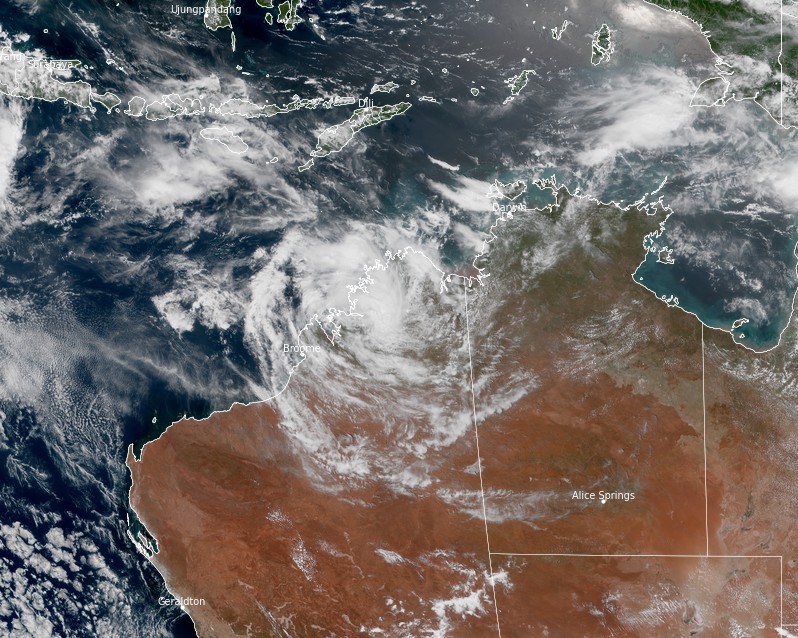 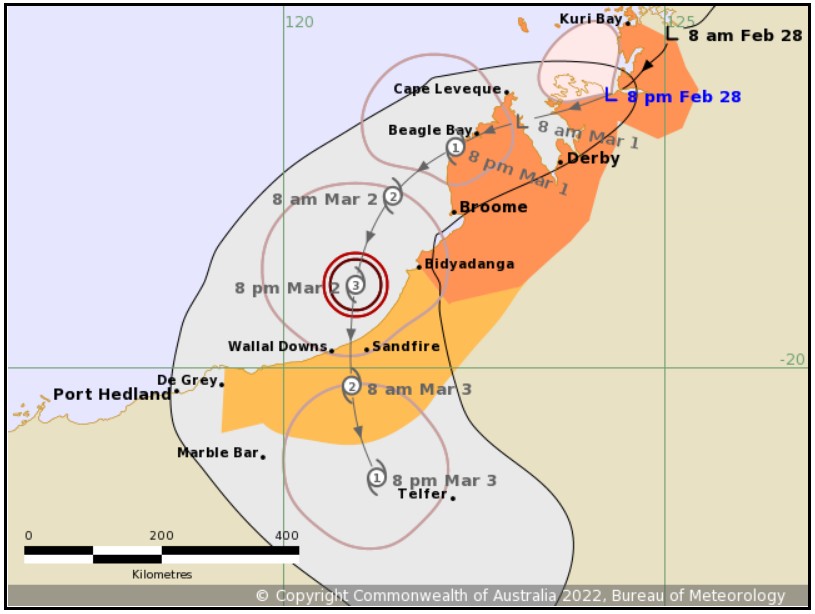 Gales with gusts to 100 km/h (60 mph) are expected along the Kimberley coast between Kuri Bay and Cape Leveque overnight. Gales may extend further west to Beagle Bay and Broome later Tuesday.

Destructive winds with gusts to 130 km/h (80 mph) are possible across the west coast of the Dampier Peninsula, including Cape Leveque and Beagle Bay overnight Tuesday night or Wednesday.

Gales with gusts to 100 km/h (60 mph) are expected to develop further west along the west Kimberley coast overnight Tuesday and on Wednesday, possibly extending as far west as De Grey later on Wednesday.

Destructive winds with gusts to 150 km/h (95 mph) are expected to develop between Broome and De Grey later Wednesday as the tropical cyclone nears the coast.

Heavy rainfall is then expected over the west Kimberley on Wednesday, extending to the eastern Pilbara overnight.

Tides will be higher than expected between Cape Leveque and De Grey on Wednesday.