Tropical Cyclone "Seth" formed in the Coral Sea NE of Mackay, Queensland on December 31, 2021, as the 4th named storm of the 2021/22 Australian region cyclone season. While Seth is not expected to directly affect the coastline over the weekend, it will direct large waves toward the coast, and produce strong winds and heavy rain.

Seth remained a category 1 cyclone well offshore the coast of Queensland on January 1 before weakening to a tropical low.

However, dangerous surf and abnormally high tides are likely about exposed beaches in southeast Queensland and northeast New South Wales, and Severe Weather Warnings and Dangerous Surf Warnings are in effect, the Australian Bureau of Meteorology (BOM) warned.

Due to the extreme weather, 14 beaches were forced to shut along the Sunshine Coast and Gympie regions.

Emergency services including a rescue 500 chopper were called to McNamara Rd at Rocksberg, east of Caboolture on Saturday after multiple cars became stuck.

Queensland Fire and Emergency Service said the motorists had become stranded near where the road crossed the Caboolture River. 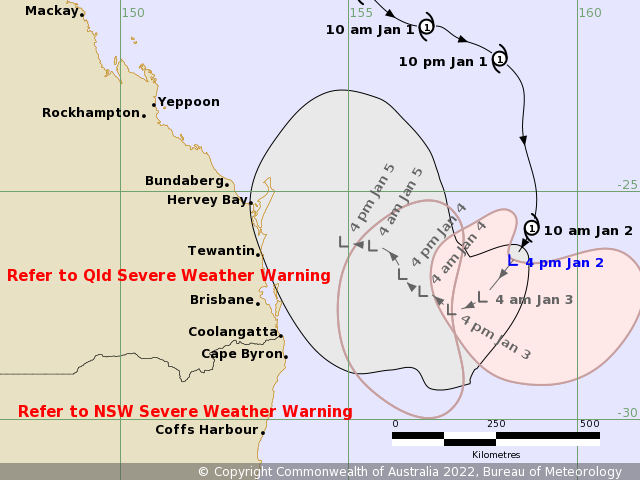 "Although it is no longer classified as a tropical cyclone, the system will continue to produce gale force winds as it moves south to south-westward during the remainder of Sunday.

On Monday, January 3, Seth is expected to take a more westward motion and may approach the northern New South Wales or southern Queensland coasts by mid-week, however, the exact path the system takes is uncertain at this time.

While this system is not expected to directly impact the coastline in the next 48 hours, it will cause dangerous surf and abnormally high tides about the southeast Queensland and northeast New South Wales coastlines.

If the remnants of the system approach the southeast Queensland coast during Tuesday and Wednesday, strong and gusty winds, possibly damaging may develop ahead of the system. 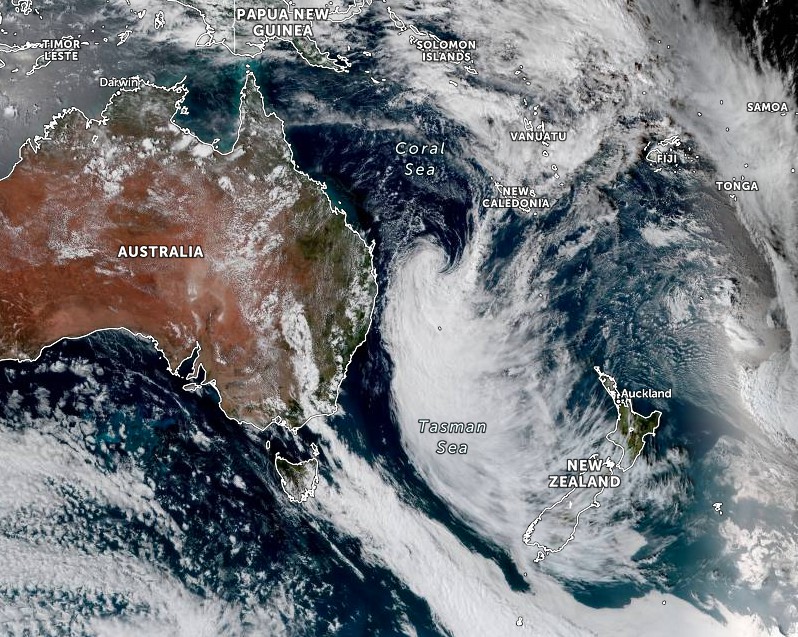