Tropical Storm "Koguma" — the fourth named storm of the 2021 Pacific typhoon season — made landfall over Thanh Hoa Province at 18:00 UTC on June 13, 2021, with winds of 65 km/h (40 mph) and barometric pressure of 996 hPa. The cyclone weakened shortly after landfall but continued to produce strong winds and damaging rainfall.

According to the Vietnam Disaster Management Authority (VDMA), more than 130 homes were damaged due to strong winds, including 104 in Nam Dinh Province and 21 in Ha Nam. 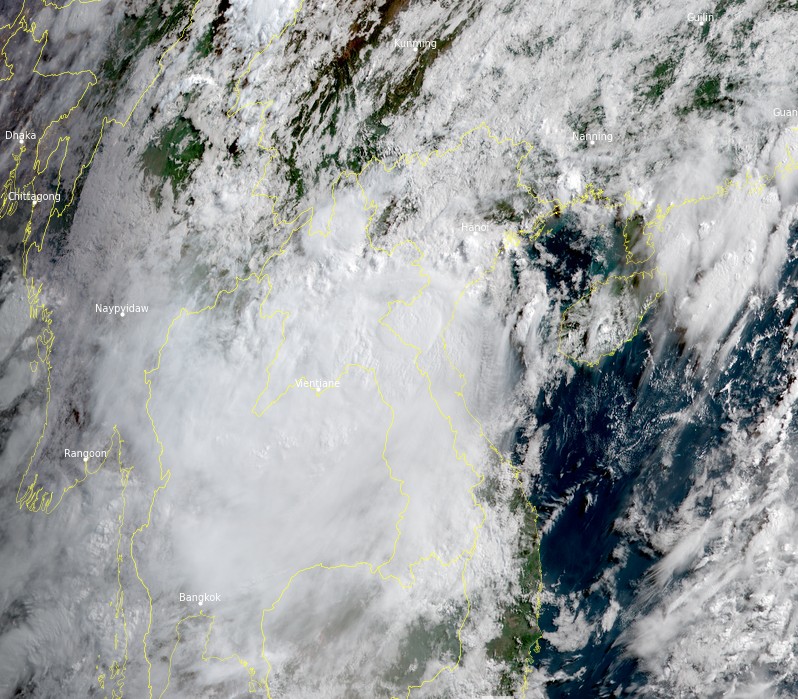 Ahead of Koguma's approach to Vietnam from the Gulf of Tonkin, the city of Thai Bình ordered the suspension of all fishing activities (55 000+ fishing boats) in the area due to the forecasted rough waters and urged the individuals in the area to cut the trees that would disrupt major roadways and put support on their houses, warehouses, schools, hospitals, aquaculture, and fishing farms to prevent any damages.

According to local media reports, many farmers also hurried to harvest the spring rice crops to prevent them from being destroyed and flooded.

Evacuations in the area and its nearby cities and provinces were also ordered.