The South African Weather Service (SAWS) has issued a rare Orange Level 5 warning for disruptive snow over the Drakensberg regions for June 2, 2021, with mountain passes expected to be closed. A Yellow level 2 warning for disruptive rain is expected over extreme eastern parts of the Eastern Cape and the southern half of KZN on June 2. Flooding of susceptible roads, informal settlements as well as low-lying bridges can be expected.

A week of very cold temperatures is expected across the majority of South Africa from today, June 1, lasting well into the coming weekend, SAWS said in a media release.

The cut-off low pressure system will be responsible for the majority of adverse weather expected over the next three days.

This includes snowfall accumulation of between 5 to 15 cm (2 to 6 inches) over Lesotho and the southern Drakensberg mountains in the Eastern Cape, rainfall of a disruptive nature along the Wild Coast and northeastern KwaZulu-Natal as well as wet conditions accompanied by very cold temperatures over the high lying areas of the Eastern Cape, Free State, Mpumalanga, and KwaZulu-Natal. 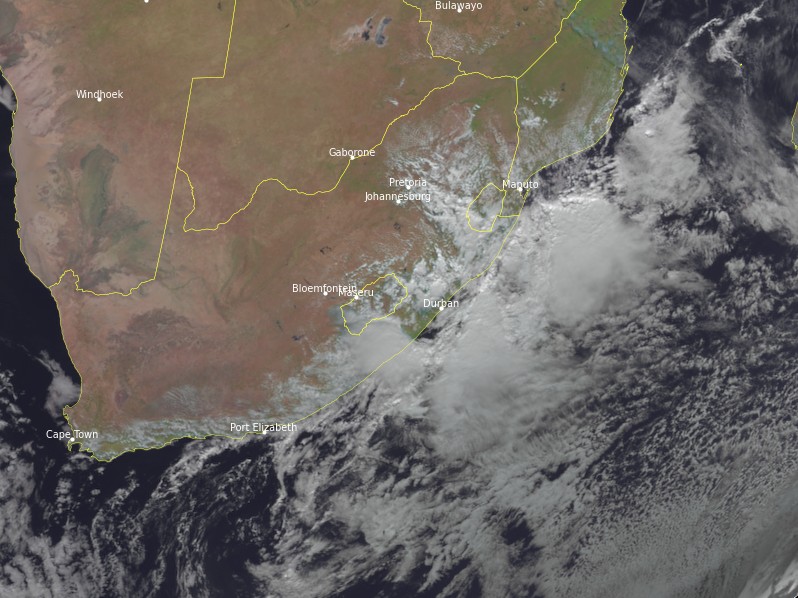 Heavy rain over the Eastern Cape is expected to result in localized flooding of roads and settlements along the Wild Coast and adjacent interior from June 1 into June 2.

This could result in major roads and mountain passes being closed as well as loss of livestock and access to some remote communities being interrupted due to snowfall or icy roads.

Small stock farmers and the public of the eastern Free State are advised to provide shelter for their animals due to the expected wet, windy, and very cold conditions in the form of showers and thundershowers from tonight.

There is also a possibility of small hail and graupel which can lead to slippery roads mainly from late Tuesday morning into the evening, June 1.

Light snowfalls are expected over the high-lying areas of Clarens, Fouriesburg, Ficksburg and Memel which can cause slippery road conditions, especially on the R712, and should the accumulated snowfall reach 1 cm (0.4 inches) or more, this section of road could be closed.

Therefore, the public is advised to avoid these areas and to rather stay home and indoors if possible.

Heavier snowfalls may occur over Phuthaditjhaba, where the community is advised to take the necessary precautions to stay warm and dry in the safest manner possible.

Temperatures over the province of KwaZulu-Natal (KZN) are expected to drop significantly on Tuesday, especially over the extreme western parts (in the Harry Gwala, uMgungundlovu, and uThukela district municipalities).

Similar to the Eastern Cape and Free State impacts, snowfall is likely in the KZN Drakensberg Mountains into June 2, with significant snowfall (10 – 15 cm / 4 – 6 inches) expected over the Lesotho region.

Consequently, the Sani pass may be temporarily closed due to snowfall.

There is also a possibility of disruptive rain over the north-eastern parts of KZN on the afternoon of June 2 into the evening, leading to possible localized flooding of susceptible formal/informal settlements or roads, minor vehicle accidents due to unsafe driving conditions as well as localized damage to mud-based houses.