Tropical Storm "Blanca" formed at 21:00 UTC on May 31, 2021, as the second named storm of the 2021 Eastern Pacific hurricane season. This is the first time that 2 named storms have formed in the eastern North Pacific (to 140°W) prior to June 1 since 2013. Blanca is expected to remain over open waters and weaken into a tropical depression over the next three days. 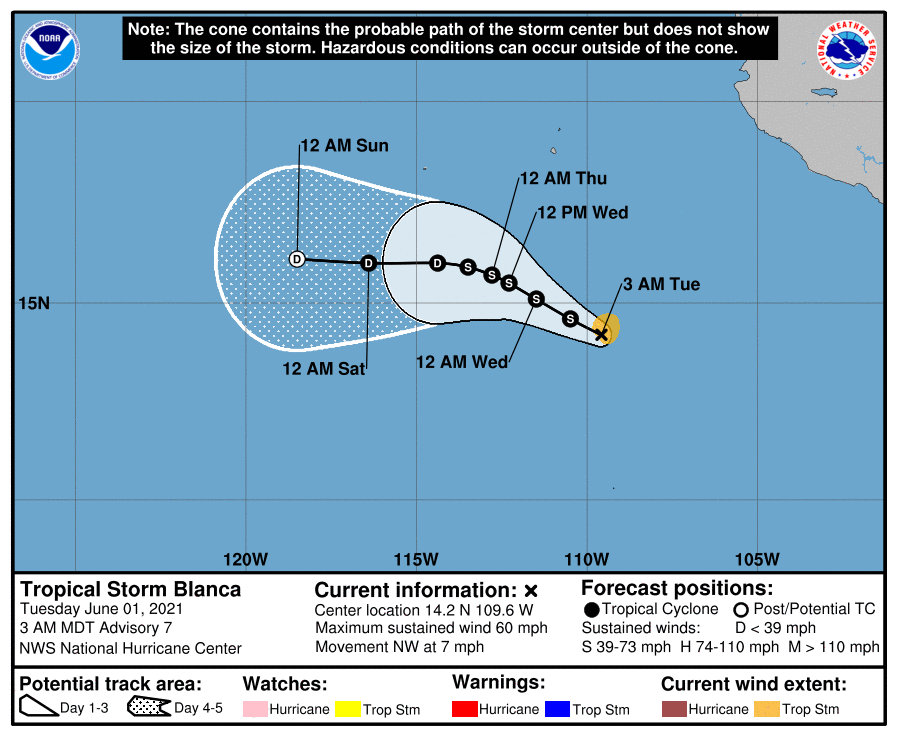 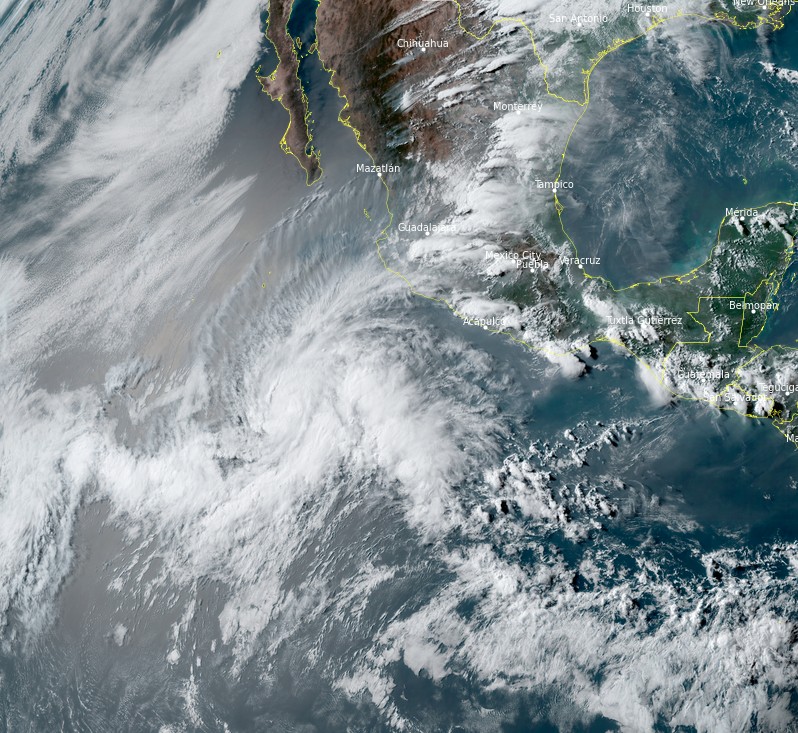 Strengthening is possible today, followed by gradual weakening beginning tonight and continuing through late this week.

This is a small tropical cyclone with tropical-storm-force winds extending outward up to 75 km (45 mph) from the center.