While there are currently no coastal watches or warnings in effect, Pamela is expected to be a major hurricane when it reaches the coast of west-central mainland Mexico on Wednesday, October 13, and it could bring life-threatening storm surge, flash flooding, and dangerous winds to a portion of that area. Residents in this area should monitor the progress of this system and ensure they have their hurricane plan in place, NHC said.1

Pamela is expected to pass near or south of the southern tip of the Baja California peninsula as a hurricane Tuesday night or early Wednesday and could bring strong winds and heavy rainfall to the extreme southern portion of the peninsula. Watches could be required for portions of this area early Monday.

Interests in southern Baja California del Sur, Sinaloa, Durango, and Nayarit should monitor the progress of Pamela.  Watches could be issued for a portion of those states on Monday. 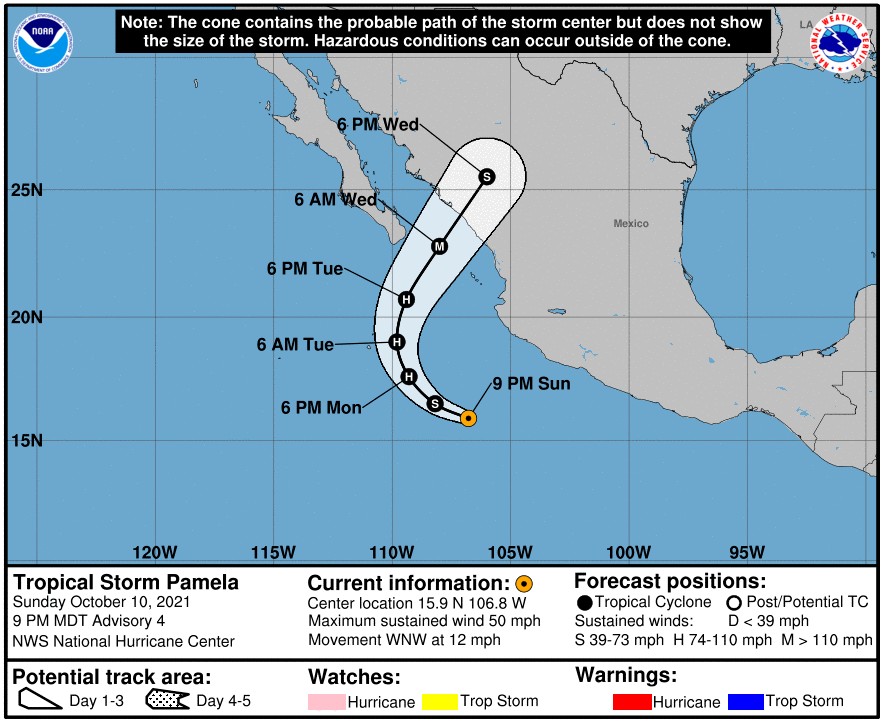 On the forecast track, Pamela will pass south of the southern tip of the Baja California peninsula Tuesday night or early Wednesday and approach the coast of west-central mainland Mexico as a major hurricane on Wednesday.

Pamela is expected to generate swells that will affect portions of the southern Baja California peninsula and southwestern and west-central mainland Mexico by late Tuesday. These swells are likely to cause life-threatening surf and rip current conditions. 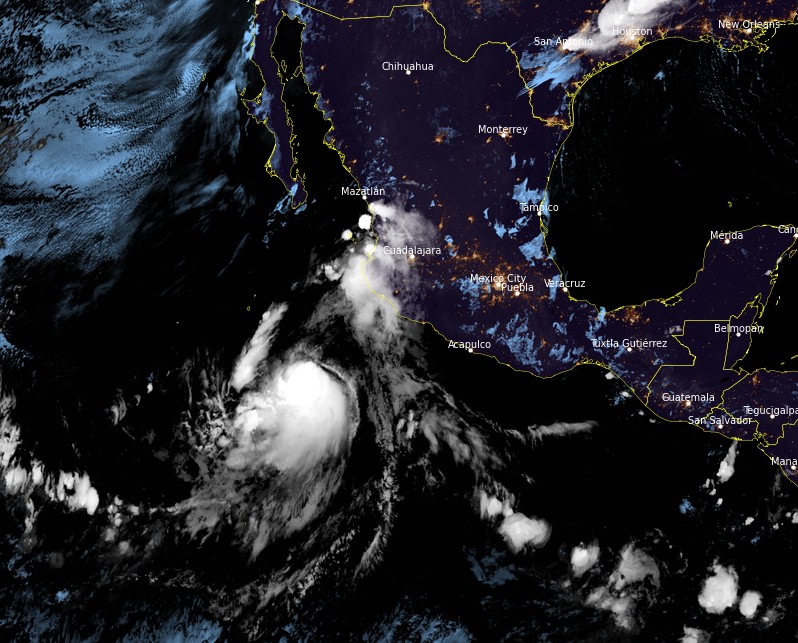