Tropical Storm "Dolores" — the 4th named storm of the 2021 Pacific hurricane season — made landfall just northwest of the town of Punda San Telmo, near the border of the Mexican states of Colima and Michoacán, on June 19, 2021, with maximum sustained winds of 115 km/h (70 mph) and a minimum central pressure of 990 hPa.

Days of heavy rain ahead of landfall — brought by the precursor of Dolores synchronized with the precursor of Tropical Storm "Claudette" — affected widespread areas of southern Mexico, including Oaxaca, Guerrero, and Michoacan, and Central America, causing rivers to overflow and leaving at least 2 people dead.

While only minimal infrastructural damage was reported as Dolores made landfall, at least 232 downed trees were reported in Colima, and up to 400 mm (15.75 inches) of rain.

"Dolores brought floods and strong winds which downed more than 60% of the crops, which is irreversible damage… more than 90% of the flowers were damaged," Solis said.

"We are talking about around 9 000 ha (22 240 acres) of bananas in the state of Colima, especially in the region of Cerro de Ortega, Tecoman and part of Madrid and Caleras, which is where we have to most damage and where the most banana production exists in the state."

Solis said about 35 000 families in Colima live, directly or indirectly, from banana cultivation.

The state's banana production was already in dire condition due to severe drought, but now with this additional damage, the price of bananas in the state will rise. 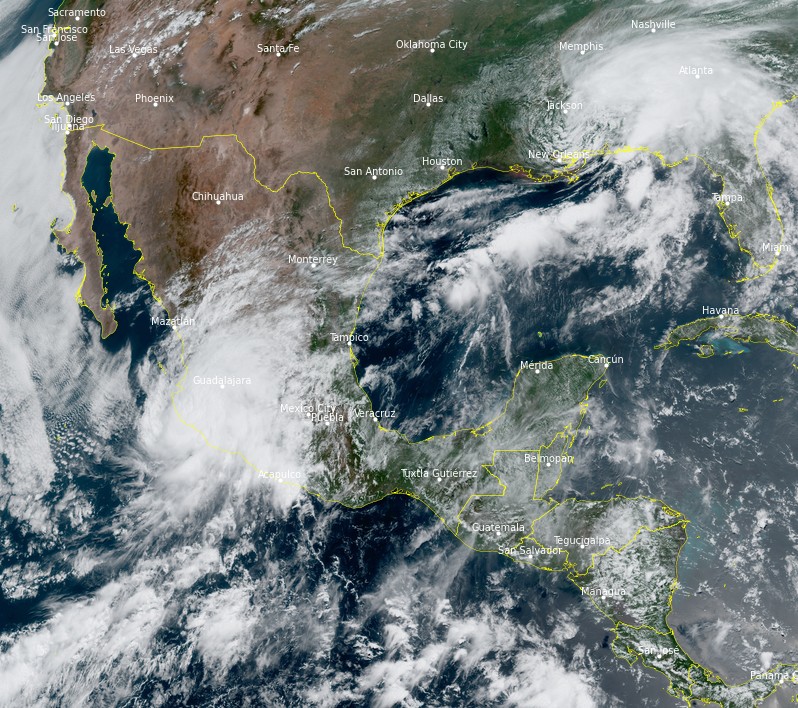