They got a first-hand view of the volcano and were able to take thermal images of heat distribution, gas emission, and dimension measurement of the new dome, the country's National Emergency Management Organisation (NEMO) said.

Aerial surveillance was not perfect, however, they were able to identify landing areas. 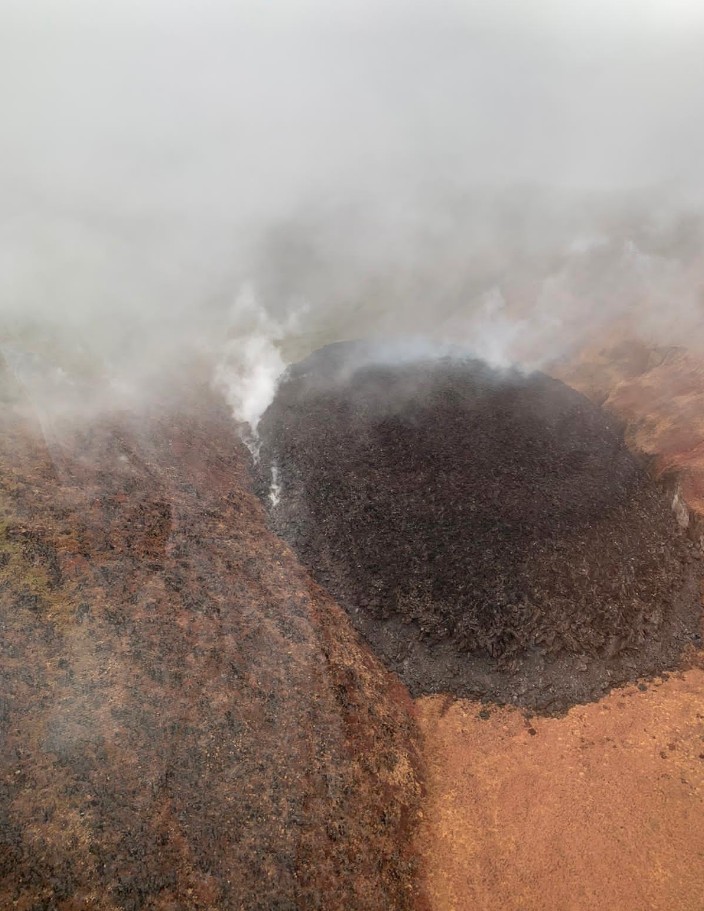 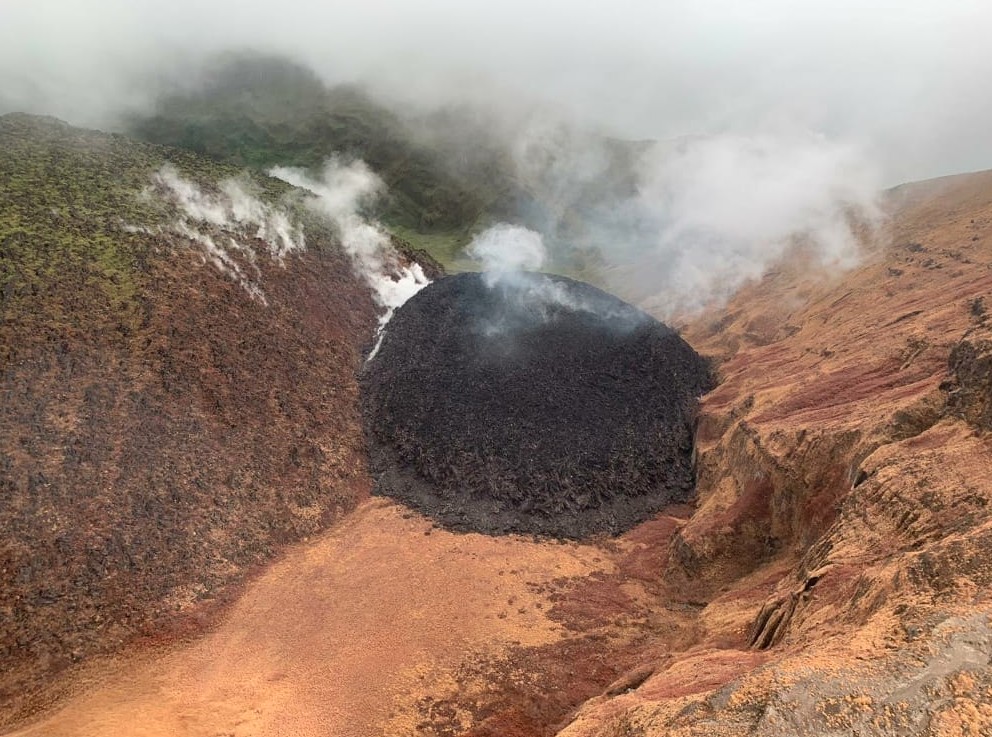 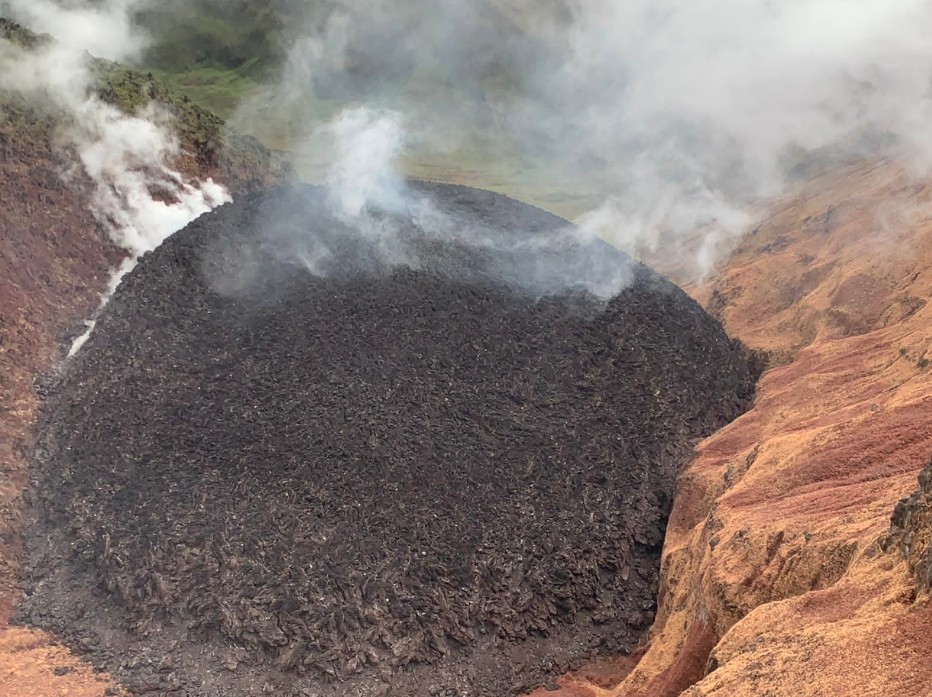 The dome continues to grow and is slightly higher and bigger than previously, NEMO said.

It is growing laterally towards the east and west.

Thermal images were taken to determine the distribution of heat on the new dome; however, conditions were not good for an estimate of temperature.

The scientists will need to repeat this exercise as the gases coming out of the volcano were moving around and were therefore difficult to measure.

During the survey of the crater, special cameras took photographs of the dome that will be used to estimate its volume.

Scientists have reported that carbon dioxide is also one of the gases coming out of the volcano, along with sulfur dioxide. Carbon dioxide does not have a smell and can be fatal.

The alert level remains at Orange. The volcano continues to exude magma on the surface and steam can still be observed from the Belmont Observatory.

People living in areas close to the volcano should expect strong sulfur smells for several days to weeks, depending on changes in wind direction.

NEMO is reminding the public that no evacuation order or notice has been issued. The organization continues to appeal to the public to desist from visiting the volcano and especially going into the crater since doing so is extremely dangerous.

Much of the northern end of the island was devastated by a major eruption in 1902 that coincided with the catastrophic Mount Pelée eruption on Martinique.