Vincentians are waking up to extremely heavy ashfall and strong sulfur smell which have now advanced to the capital after powerful explosive eruptions started at La Soufriere volcano on April 9, 2021. The last eruption of this volcano started on April 13, 1979 (VEI 3) and lasted for about 6 months.

Extremely heavy ashfall and sulfur smell are spreading through the nation on April 10 and have already reached the capital Kingstown (population 16 500), National Emergency Management Organisation (NEMO) reported at 09:32 UTC.

Ashfall will be a pervasive hazard throughout St. Vincent and is expected to reach neighboring islands such as Barbados, it added. Volcanic ash is not necessarily deadly but can lead to respiratory problems and may also impact vehicles and plane engines.

NEMO reported that residents have been evacuated from the Red and Orange zones, adding that 76 shelters with more than 2 000 residents are fully operational.

The first explosive eruption at Soufriere took place at 12:41 UTC on April 9, after more than 42 years of quiescence. Its last eruption started on April 13, 1979 and lasted to November of the same year — Volcanic Explosivity Index 3.

After the initial explosion, seismicity increased again at approximately 15:30 UTC with a swarm of earthquakes lasting until 18:40 UTC.

Vigorous ash venting resumed at approximately 18:45 UTC, with lightning seen in the ash column due to its highly charged nature. Another explosion took place at 18:48 UTC.

Continuous tremor has been recorded since 19:00 UTC, with the largest signals accompanying the most vigorous venting. 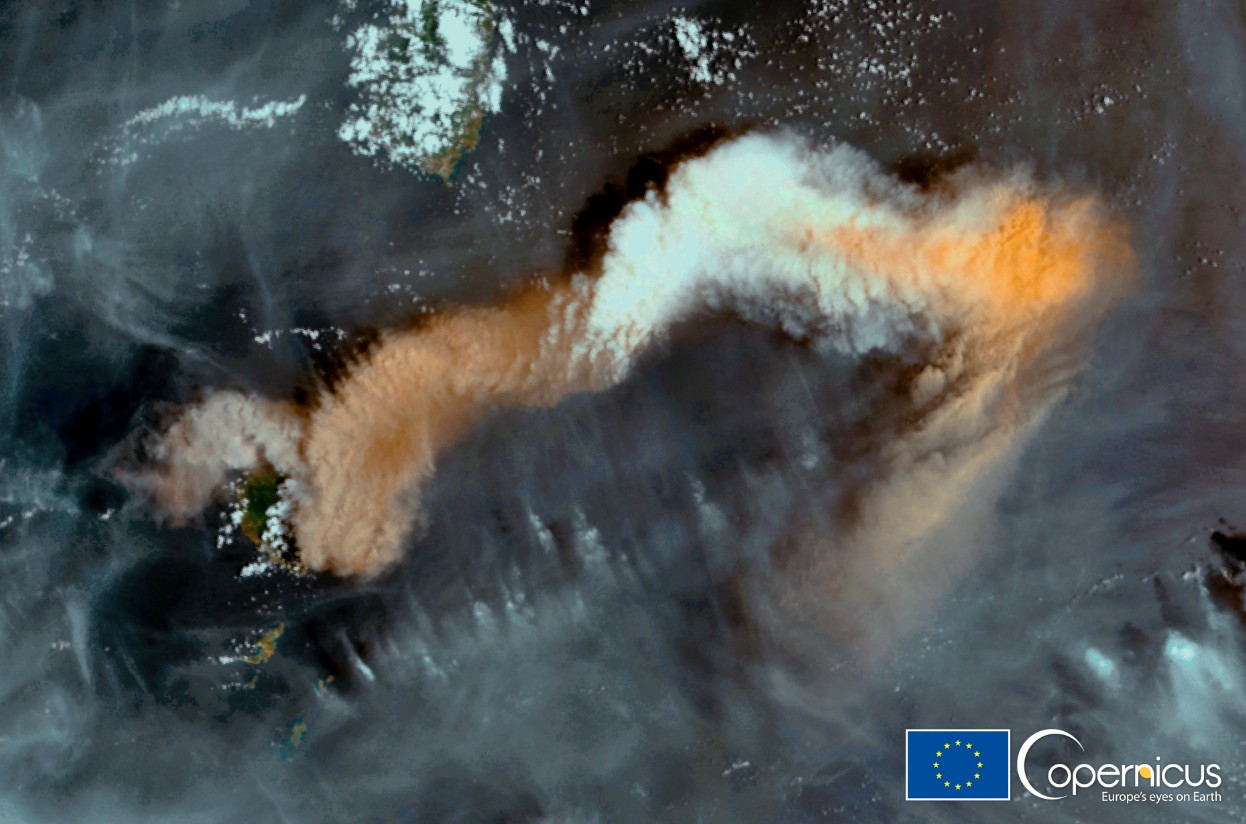 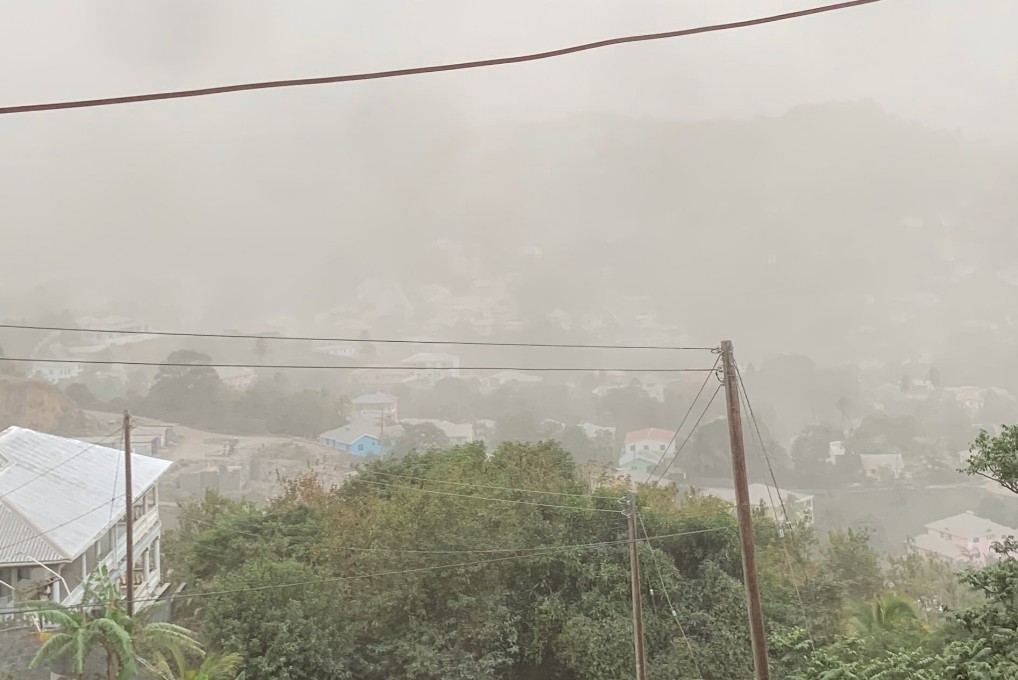 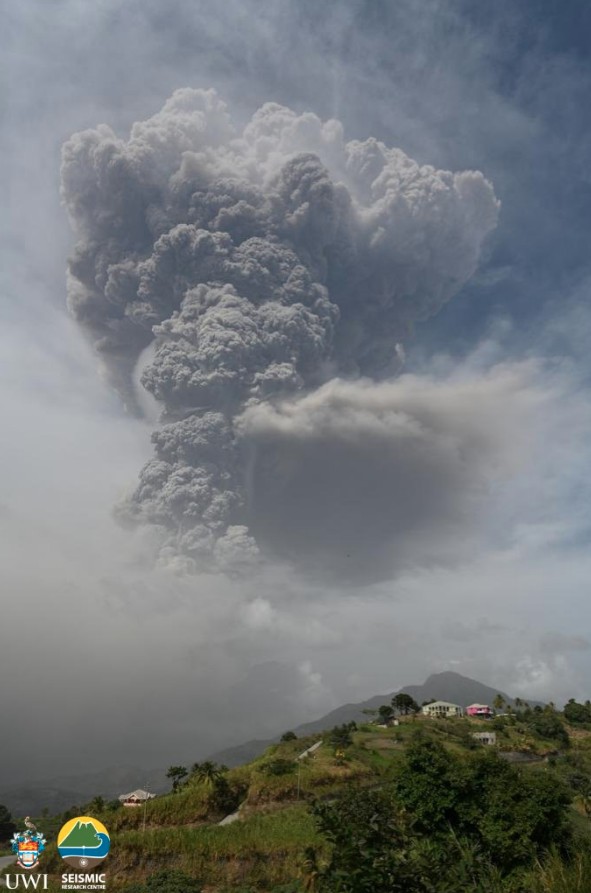 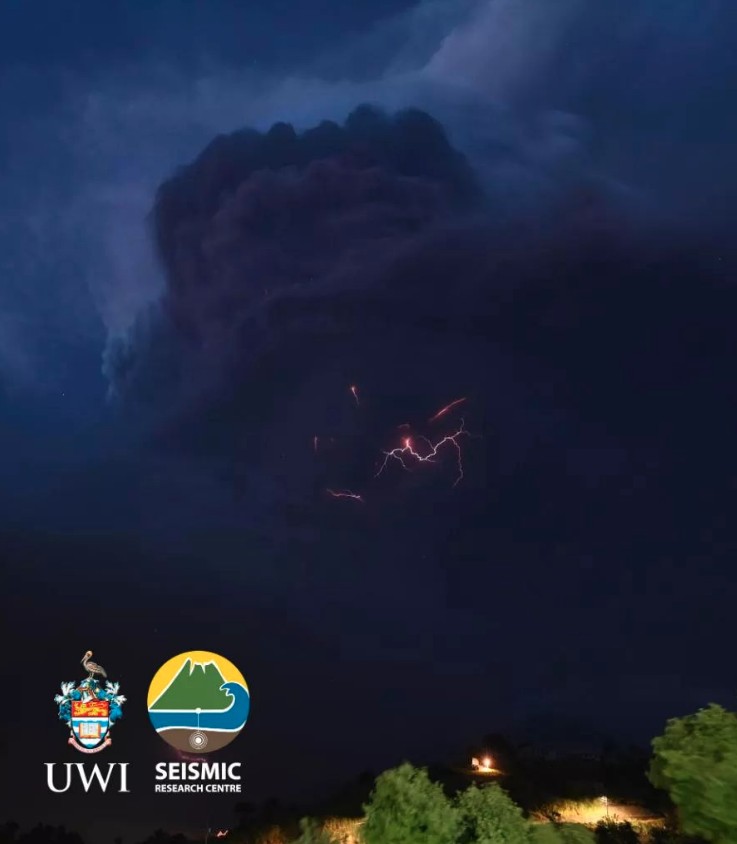 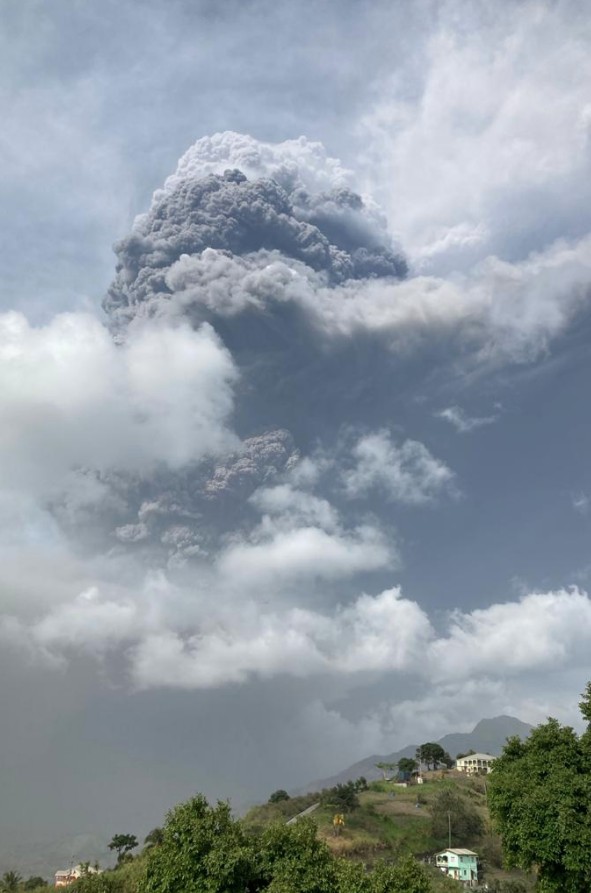 Violent volcanic ash emissions due to multiple explosive eruptions are ongoing at multiple flight levels, with the highest at 15.8 km (52 000 feet) above sea level, the Washington VAAC reported at 23:46 UTC. 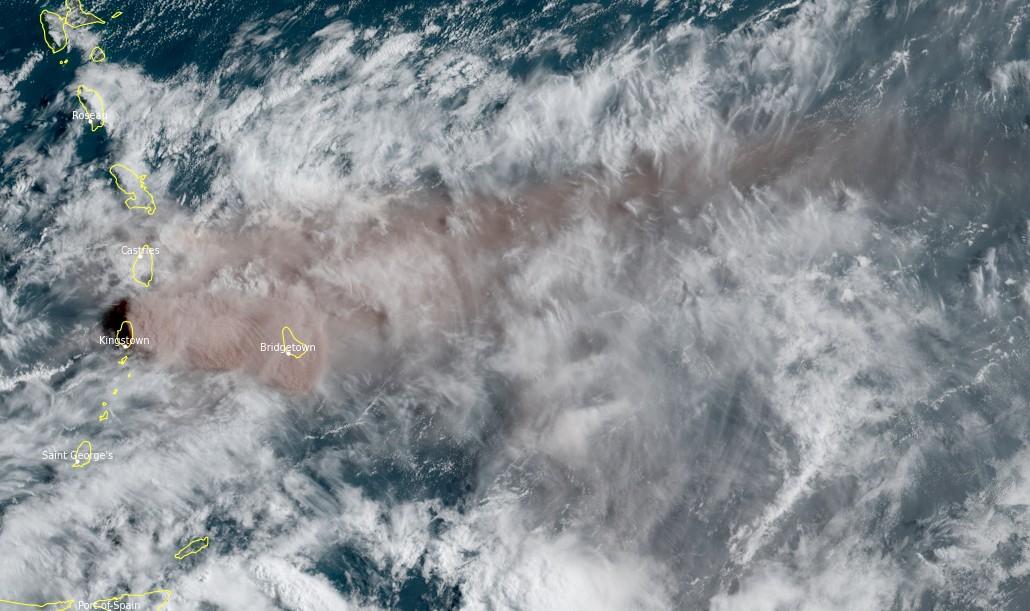 The team was out conducting fieldwork on the Leeward coast when the 2nd explosive eruption began. We got the start of the eruption cloud as it began. Credit: @soufriere_hills , UWI Seismic Research Centre #LaSoufriere #svg #uwi pic.twitter.com/Yu7LDXdddv

The team returned to the Observatory at Belmont and got more footage of the 2nd explosive eruption at #LaSoufriere. Credit: Thomas Christopher @soufriere_hills, The UWI Seismic Research Centre #redalert #stilldangerous #uwi pic.twitter.com/TpKmU5hJrf