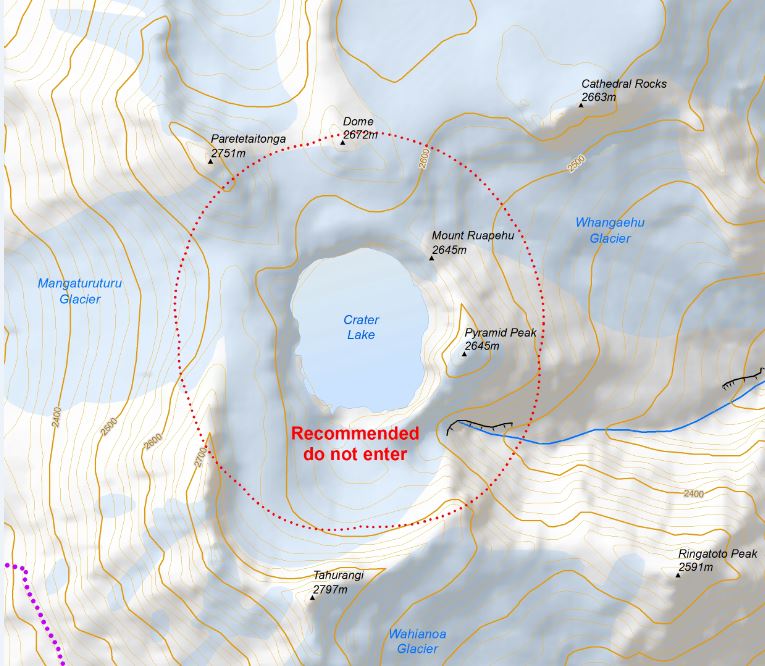 GeoNet confirmed that the warming was due to hot gases and hydrothermal fluids, following the tremors that were recorded in February.

Volcanologists have collected water samples from Crater Lake this week to understand current activity at the volcano. These samples are being analyzed this week, with chemistry results expected by next week, GNS Science Duty Volcanologist Art Jolly said.

In GeoNet's last bulletin, the volcanologists observed an upwelling of grey sediment and sulfur slicks on the lake surface. Now, the lake is well mixed, turning to a grey color.

The continued flow of gases and hydrothermal fluids through the lake indicates that the volcano's vent underlying Crater Lake is open, Jolly said. In addition, the lake was overflowing at the outlet channel, with a remarkable decrease in the flow rate since the scientists' past two visits.

Jolly also said that the "volcanic tremor increased in response to the volcanic earthquakes, peaking in early March, then declined slowly until today."

According to the modeling, the heat energy input into the lake rose from around 200 MW to 600 MW, although this had declined already as the temperature warming slowed down.

Carbon dioxide and sulfur gases measured in the atmosphere above the volcano on February 28 are greater than that of February 7. However, Jolly noted that the present values are not unusual, and are within the ranges over the past year's measurement.

At this level, the Department of Conservation advised people to avoid entering the area 400 m (1 312 feet) around Crater Lake.

"Mt Ruapehu is an active volcano and has the potential to erupt with little or no warning when in a state of volcanic unrest. There is no change in the Aviation Colour Code from Green."