Crater Lake (Te Wai ā-moe) has responded to a short-lived episode of volcanic earthquakes beneath Mount Ruapehu, detected on February 22 and 23, 2020. Seismicity declined after initial uptick but is now back at similar levels.

The amounts of carbon dioxide (CO2) and sulphur gases (SO2 and H2S) have increased since the last measurements on February 7, 2020. However, the values are not at all unusual and are within the ranges measured over the past year, GNS Science Duty Volcanologist Michael Rosenberg noted. Water samples are being analyzed this week, with chemistry results expected by next week.

New analysis of last week’s volcanic earthquakes defines a source area 3 km (1.8 miles) beneath the summit of Ruapehu, which is normal for seismic activity at Ruapehu. Volcanic tremor increased in strength briefly last weekend, then declined during the week, and has now increased again to similar levels, Rosenberg said.

In response to the earthquakes last week, Crater Lake (Te Wai ā-moe) has slowly heated from 24 °C (75 °F) and is currently at 30 °C (86 °F). Upwelling of grey sediment and sulfur slicks on the lake surface were observed during our visit last week. The lake is being mixed and is overflowing through the usual outlet channel. The flow of gases and hydrothermal fluids through the lake show that the underlying vent area is open.

It is not unusual to observe volcanic earthquakes at Ruapehu and similar episodes of increased seismic activity and gas flux were observed during March 2018 and 2019, September 2017 and April 2016, Rosenberg said, adding that none of these resulted in a sustained increase in volcanic unrest. 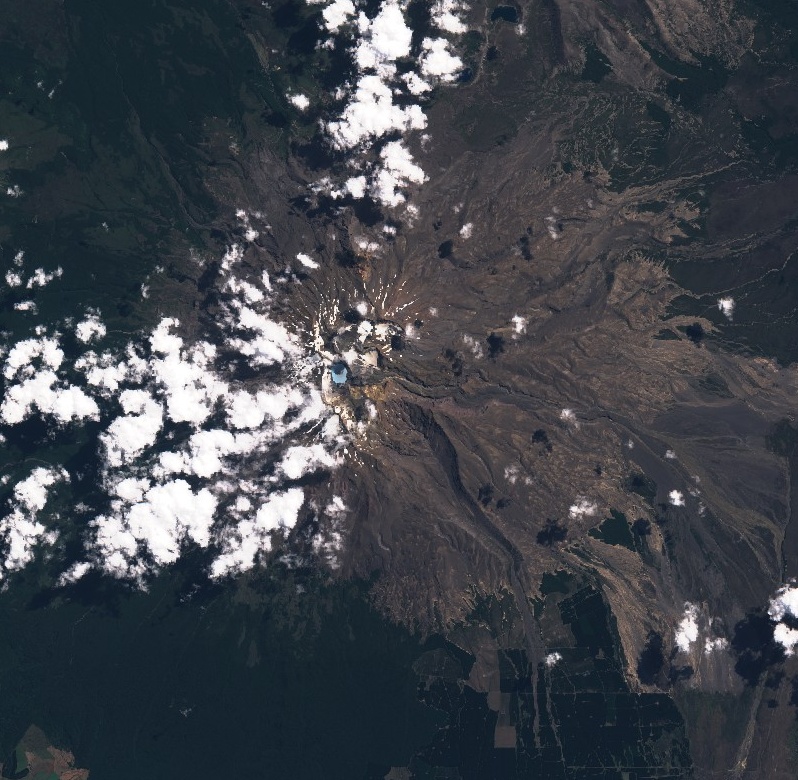