A state of emergency has been declared in Puerto Rico after a series of tremors and a powerful M6.4 earthquake on Tuesday, January 7, 2020– the worst ever in the US territory in 102 years. More than half of Puerto Rico's three million population remained without power on Wednesday, January 8, about 300 homes were damaged, thousands slept outdoors in fear of aftershocks, thousands left homeless and without water, and at least one person died.

The southern area of the island was hit the hardest, with dozens of homes collapsing in towns such as Yauco, Guanic, and Guayanilla during the M6.4 quake and M5.6 aftershock.

Power was not expected to be restored to the entire island until the weekend as the tremors knocked out its main generating facility, the Costa Sur plant, and inflicted damage on other energy infrastructure.

According to Jose Ortiz, head of the Association of Energy Engineers (AEE) agency, it will take at least a year to repair Costa Sur.

On Wednesday, about 24% of the population still had no running water. More than 2 200 people were left homeless and had to take refuge in government shelters, according to Carlos Acevedo, commissioner of the NMEAD disaster agency.

"It was nearly complete devastation at our Guanica location, inside and outside," said Ruiz Pietri as he estimated the damage to be in the hundreds of thousands of dollars.

"There’s no power. There’s no water. There is nothing. This is horrible," said 80-year-old resident Lupita Martinez.

A 77-year-old man from Ponce was killed in Tuesday's quake when a wall in his home collapsed on him.

US President Donald Trump declared a state of emergency in Puerto Rico on Tuesday and authorized the Federal Emergency Management Agency to coordinate disaster relief with Puerto Rican officials.

The US Department of Health and Human Services also declared a public health emergency on the island to make sure hospitals had funding to meet necessities. 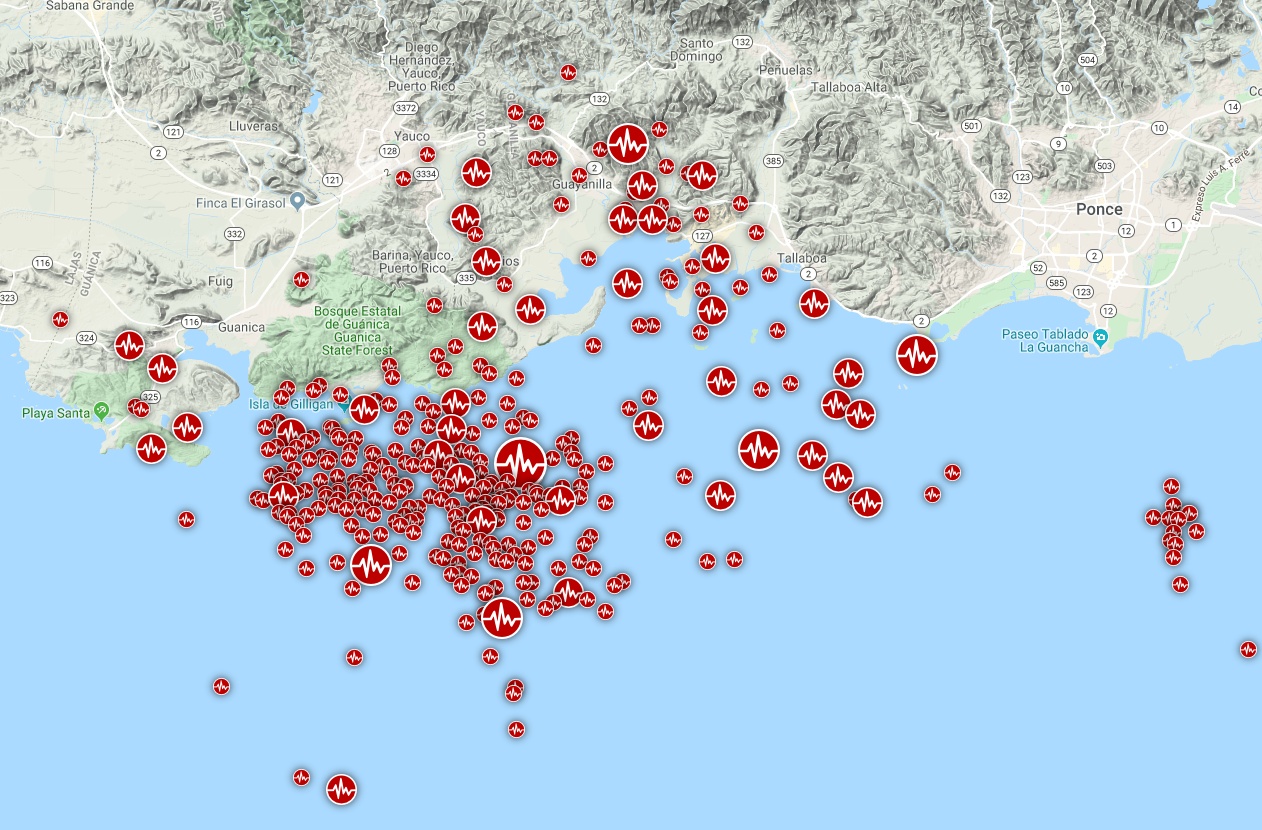 The U.S. Department of Health and Human Services declared a public health emergency on the island to ensure hospitals had funding to meet needs.

The M6.4 quake on Tuesday morning was the most powerful to hit Puerto Rico since the M7.3 quake and tsunami in 1918 that killed 116 people.

Puerto Rico was hit by another powerful earthquake one day after a 5.8 magnitude tremor.

The island has declared a state of emergency. pic.twitter.com/LN2VEJVwrO