A very strong and shallow earthquake registered by the USGS as M6.4 (downgraded from M6.5) hit southern Puerto Rico at 08:24 UTC (04:24 local time) on January 7, 2020. The agency is reporting a depth of 6.7 km (4.1 miles). EMSC is reporting M6.5 at a depth of 10 km (6.5 miles). This is by far the strongest earthquake in an intense swarm shaking this area since December 29, 2019. To learn more about the swarm, visit Intense earthquake swarm shaking southern Puerto Rico.

The USGS issued a yellow alert for shaking-related fatalities. Some casualties are possible

An orange alert was issued for economic losses. Significant damage is likely and the disaster is potentially widespread. Estimated economic losses are 0-1% GDP of Puerto Rico. Past events with this alert level have required a regional or national level response.

Overall, the population in this region resides in structures that are a mix of vulnerable and earthquake-resistant construction. The predominant vulnerable building types are mud wall and informal (metal, timber, GI etc.) construction. 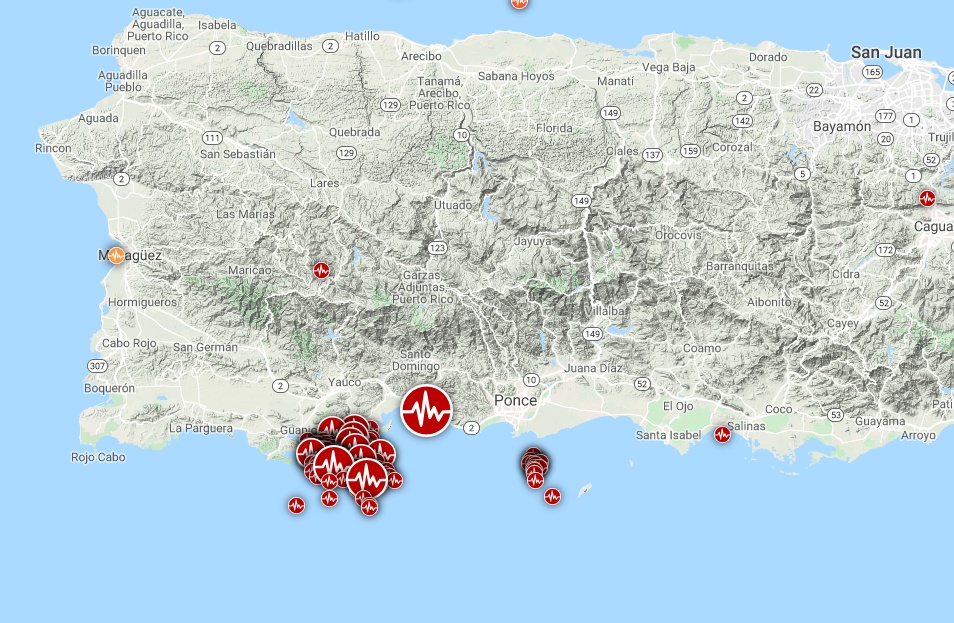 Power outages were reported across the island, some reports mention the entire island without power at one point. In addition, close to 300 000 of the island's 1.1 million customers were without water after the quake.

At least 1 person was killed and 8 others injured in the city of Ponce.

As expected, the quake caused much more damage than yesterday's M5.8.

Just some of the damages from the 6.6 earthquake brought to the south of Puerto Rico. We are petrified. Aterrorizados  #PuertoRicoEarthquake #PuertoRico #TemblorPR pic.twitter.com/WQ0Voo7TNR

While we wait for new information, it's good to remind that this region was hit by a damaging M5.8 earthquake on January 6, 2020, 13 km (8 miles) SSE of Indios.

Power outages were reported in some parts of the territory as well as considerable damage to homes and other structures.

Some roads were temporarily closed along the southern coast after small landslides hit the area.

AP quoted one of the residents saying her entire family woke up screaming. "I thought the house was going to crack in half," she said. 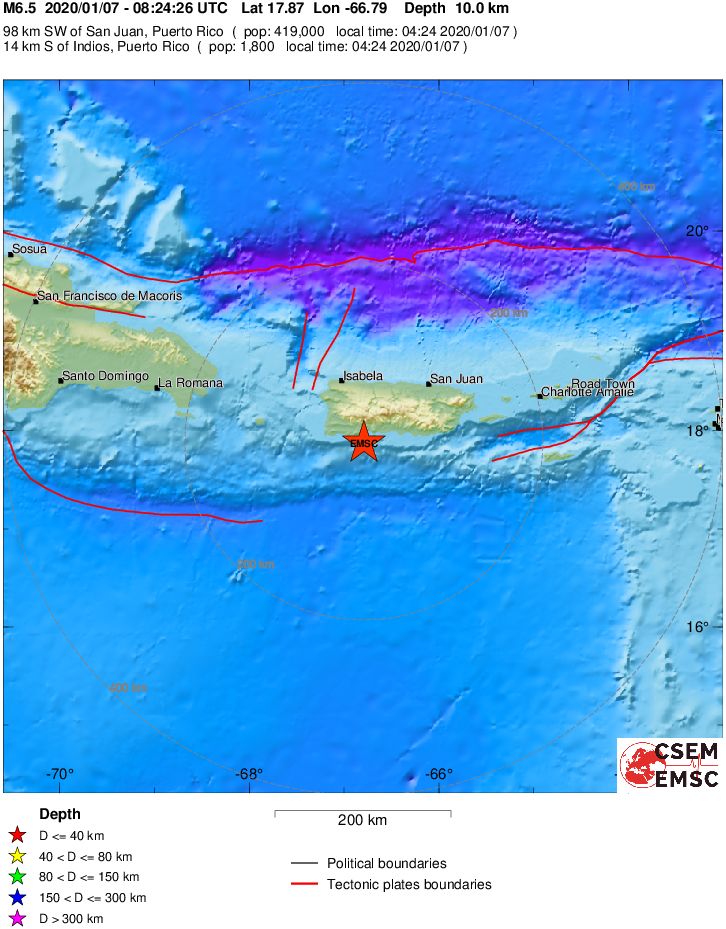 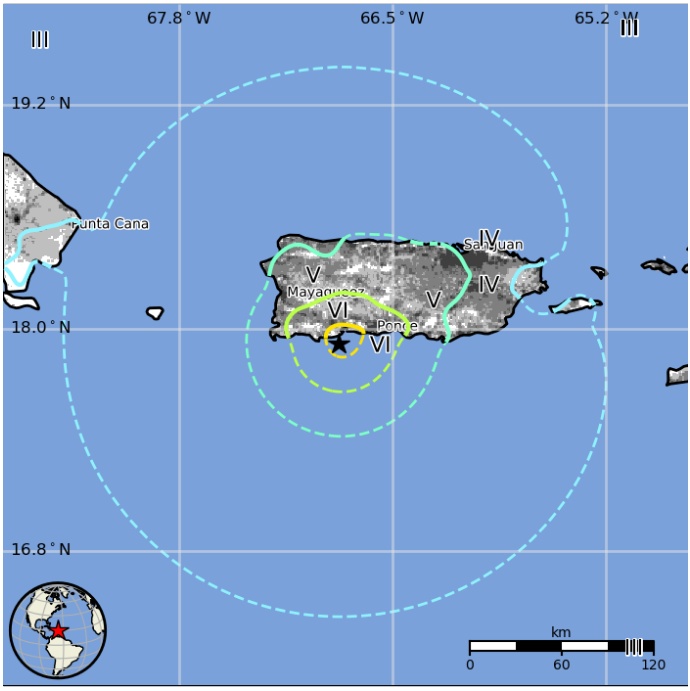 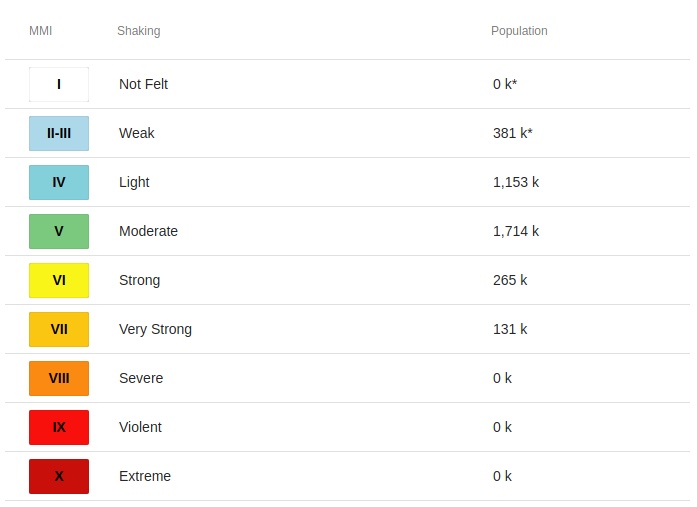 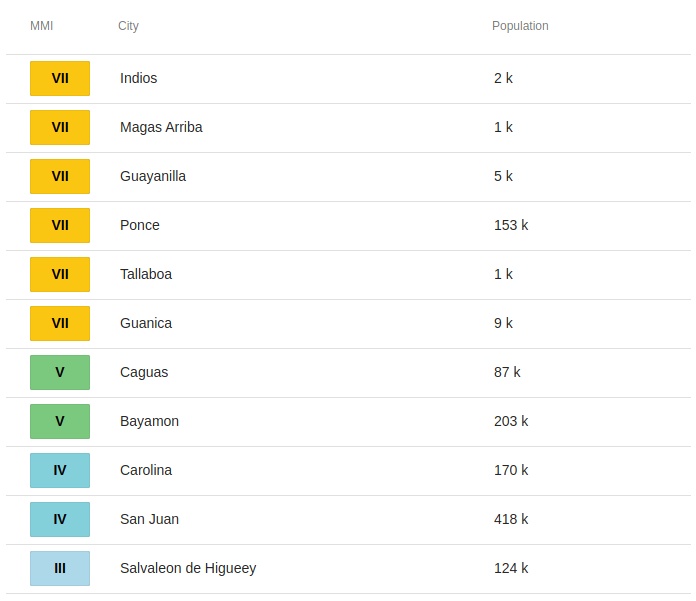 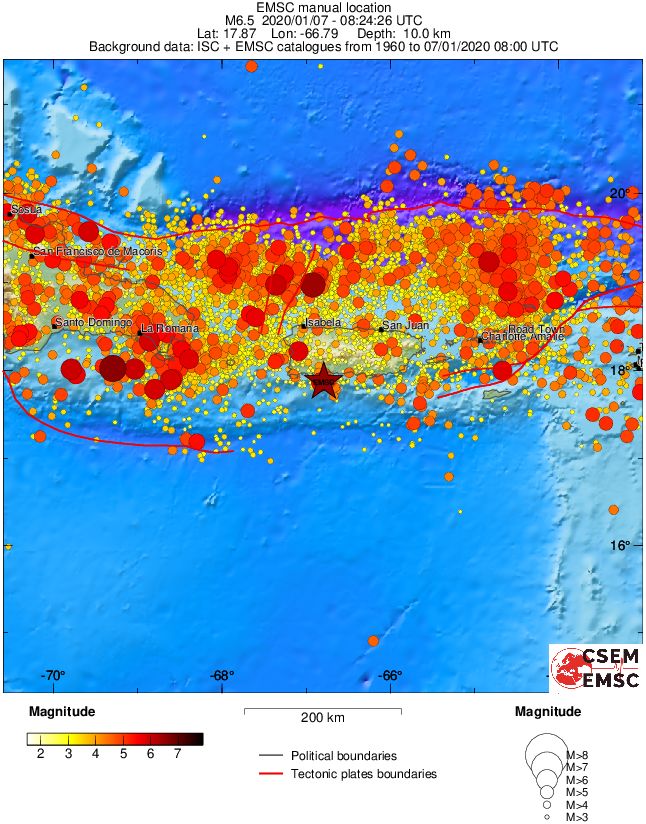