Tropical Cyclone "Isaias" barrelled through the Caribbean after making landfall in Puerto Rico and the Dominican Republic on July 30, 2020, leaving several people dead and hundreds of thousands without power and water supply. The storm then moved over the Bahamas on August 1, packing winds of 130 km/h (80 mph).

As of 09:00 UTC (05:00 LT) on Monday, August 3, 2020, the storm is located near the Palm Coast of Florida packing maximum sustained winds of 111 km/h (69 mph) and moving north at 14 km/h (9 mph). According to the National Weather Service (NWS), the storm is set to deliver heavy rainfall, flash flooding, high winds, and hazardous storm surge to the U.S. East Coast this week.

On July 30, almost 500 000 people were left without power while 150 000 customers lost water supply in Puerto Rico due to the passage of Hurricane "Isaias," which also triggered flooding and landslides.

Gusts of up to 90 km/h (56 mph) downed power lines and trees. A state of emergency was declared in the country in the face of the storm, with which the Federal Emergency Management Agency (FEMA) will be able to allocate resources to deal with the aftermath.

Parts of the capital San Juan were inundated, prompting city council staff to pump water with rubble and debris from sewage. In Rincon, a woman was swept away by a swollen river while she was crossing a bridge. Her body was retrieved two days later.

One of the victims, aged 53, was killed when a high-voltage power line collapsed in Rio San Juan in Maria Trinidad Sanchez Province. Another victim, who was identified as a 5-year-old boy, was killed by a felled tree in Altamira.

Many roofs were ripped off in Puerta Plata, while a radio transmission tower was downed, damaging homes near the City University. According to the Emergency Operations Center, more than 1 100 homes were damaged.

Rivers and streams became swollen, cutting off 131 towns. More than 5 000 were evacuated. In San Jose de Ocoa Province, six communities were cut off as the Montenegro River burst.

At least 23 aqueducts were damaged, disrupting water service to more than 335 00 people while 72 000 customers lost power.

Meanwhile, in Haiti, about three dozen houses were damaged by strong winds across the northern and central departments, according to UN OCHA.

From July 31 to August 1, Isaias battered the Bahamas, leaving roofs damaged and trees toppled. Several areas in the country were still recovering from the devastation of Hurricane "Dorian," an extremely powerful Category 5 hurricane in 2019.

Paula Miller, director of Mercy Corps in the Bahamas, told the Associated Press that houses hit by Dorian may not withstand another storm, and could slow progress to recover from both storms and the coronavirus pandemic.

"With everything not quite shored up, property not secured, homes not prepared, even a Category 1 will be enough to set them back," the director stated. 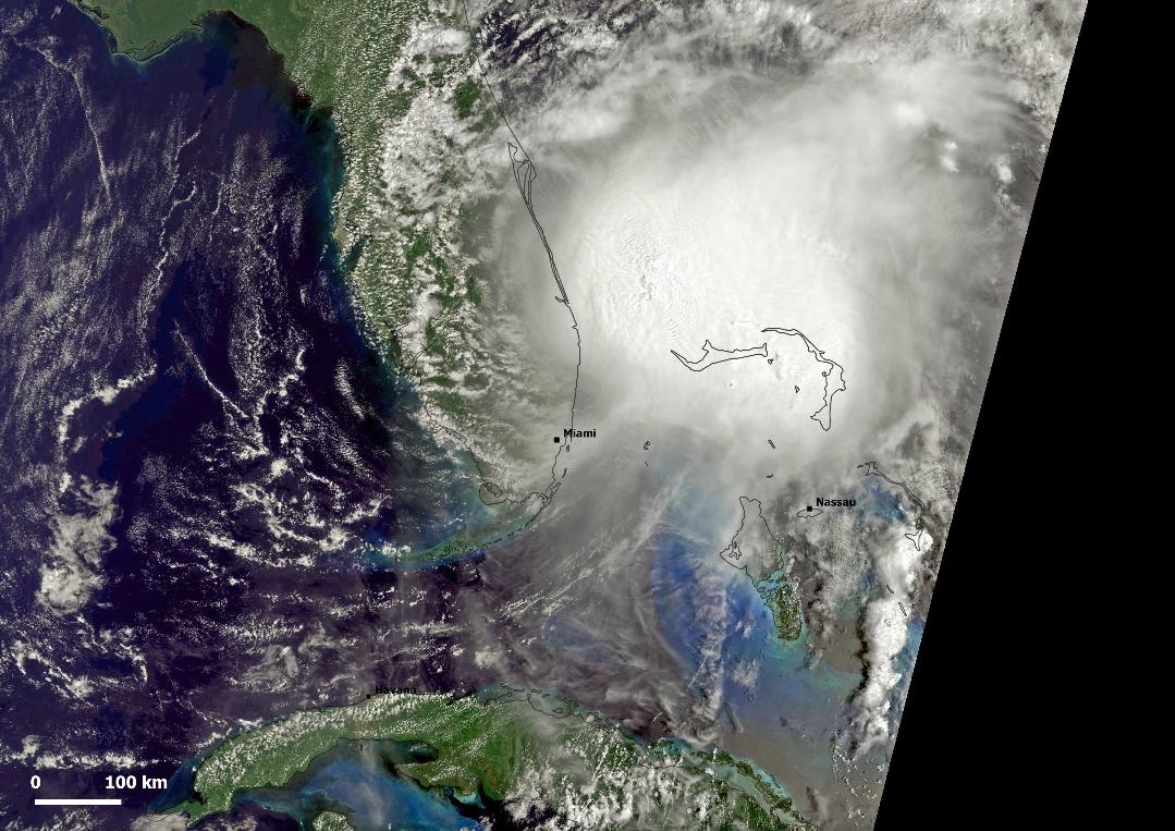 "Emotionally, I’ve been drained since Dorian," said a local named Beckylee Albury, who lives in a tent on Great Guana Cay in the Abaco Islands. "So this is just making it even worse. After Dorian, I couldn’t sleep for weeks. And now with this storm, I’m just numb basically."

Bahamas Power and Light shut off power to areas at high risk of inundations on New Providence, the most populated island. "Once power is cut, it will remain off until it is safe to re-energize," the company said.

As the storm tracked towards Florida, officials said they were closing beaches, marinas, and parks. 20 evacuation centers were on standby as the country braced for the storm. A state of emergency was declared in North Carolina, while a mandatory evacuation was issued in Ocracoke Island. 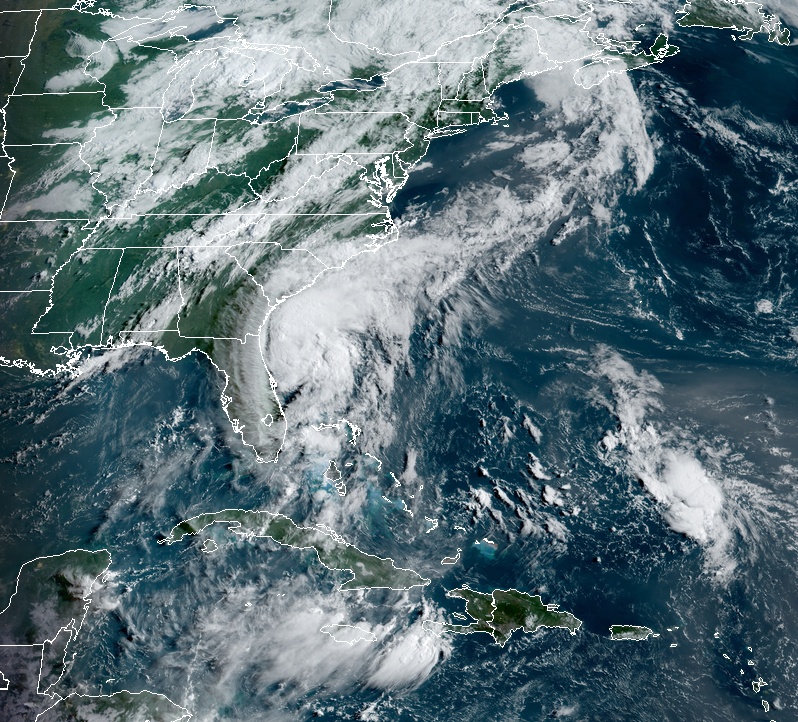 The center will then move inland over eastern North Carolina tonight, and move along the coast of the mid-Atlantic states on Tuesday and into the northeastern United States by Tuesday night. 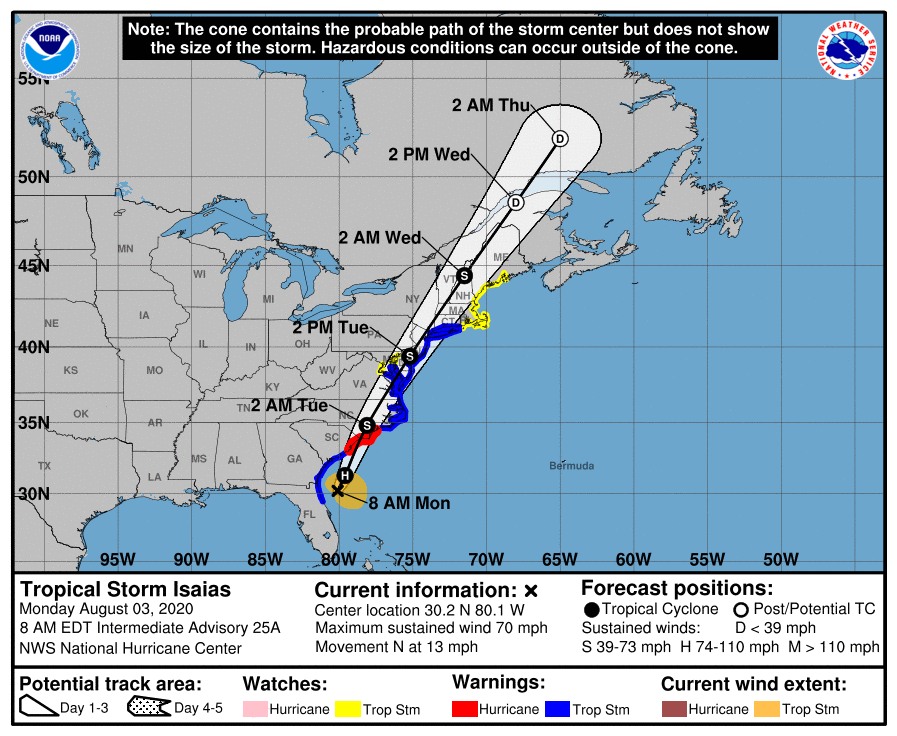 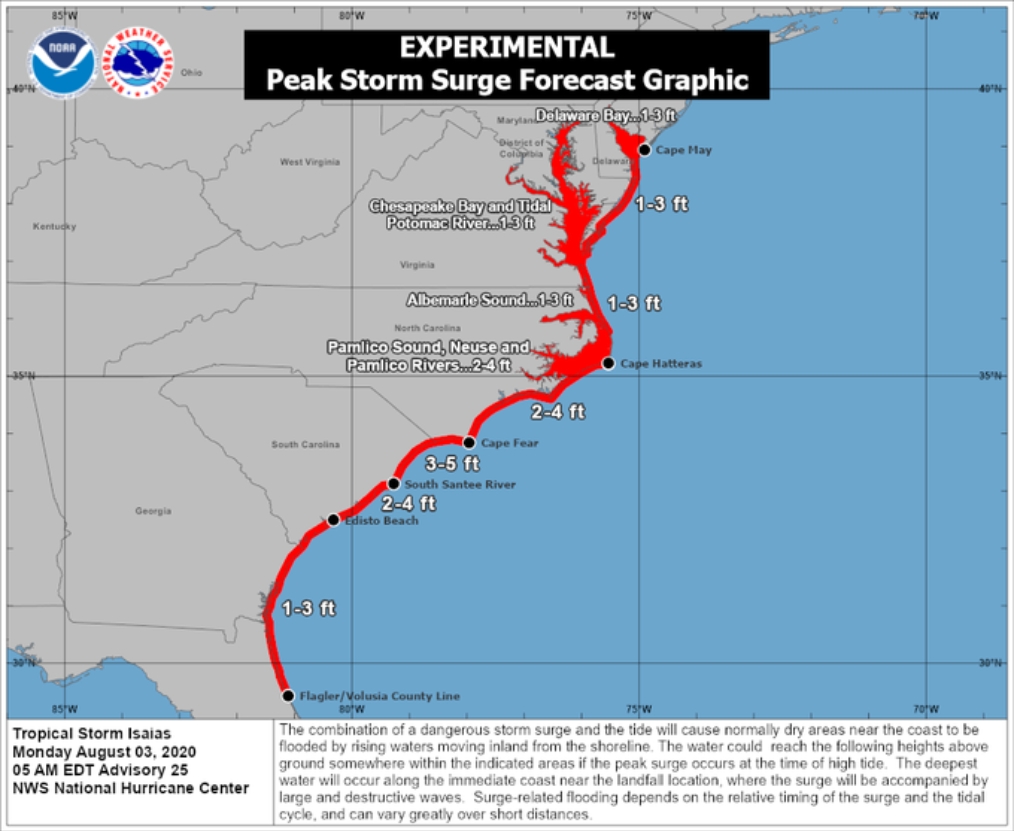 Some strengthening is anticipated today, and Isaias is forecast to regain hurricane strength before it reaches the coast of northeastern South Carolina or southern North Carolina tonight, NHC warned.

Slow weakening is forecast after Isaias makes landfall in the Carolinas and moves across the U.S. mid-Atlantic region tonight and Tuesday.

#Isaias is producing vigorous areas of convection this morning. Wind shear is forecasted to relax a bit today which should allow the storm to become a hurricane once again. pic.twitter.com/fpE2lDxQ5c

Tropical Storm #Isaias is off the N Florida coast this morning. It is a strong T.S. and will likely reach Hurricane Status today. Storm surge of 3-5' is likely in Northern SC and Southern NC. By midweek Isaias will be weakened and up in Canada. pic.twitter.com/oEGRdM93cr

Isaias is forecast to regain hurricane strength before it reaches the coast of northeastern South Carolina and southern North Carolina, and hurricane conditions are expected in the Hurricane Warning by this evening. Preparations should be rushed to completion.

Tropical storm conditions are expected to spread northward within the Tropical Storm Warning area from Florida to portions of southern New England through Tuesday afternoon.  Tropical storm conditions are possible across other portions of New England within the Tropical Storm Watch area by early Wednesday. Additional watches or warnings may be required later today.