The volcanic tremor has significantly increased at Whakaari/White Island on the morning of December 11, 2019 (LT), indicating that volcanic gas pressures remain high. The Volcanic Alert Level remains at Level 3 and the Aviation Color Code Orange. The death toll has risen to 6 and the number of missing people to 9. 30 people are still in hospitals. 25 of them are critical with the remainder stable but serious.

The level of volcanic tremor continues to rise and there is a medium likelihood of future eruptive activity in the next 24 hours, GNS Science Duty Volcanologist Craig Miller noted at 04:30 UTC, December 11.

Since our morning bulletin (released at 10:30 LT, December 11 / 21:30 UTC, December 10), the level of volcanic tremor has continued to rise and is now at the highest level seen since the 2016 eruption.

"Our interpretation of all our monitoring data to date, including yesterday’s gas flight is that shallow magma within the volcano is driving the tremor, gas flux, and jetting activity observed in the craters created during the eruption," Miller said.

"Earlier today we conducted an expert judgement and the result is that there is a medium likelihood (40-60% chance) of a future eruption within the next 24 hours."

There is an extremely low likelihood of any potential ash affecting the mainland, but people may smell gas, depending on the prevailing wind direction. 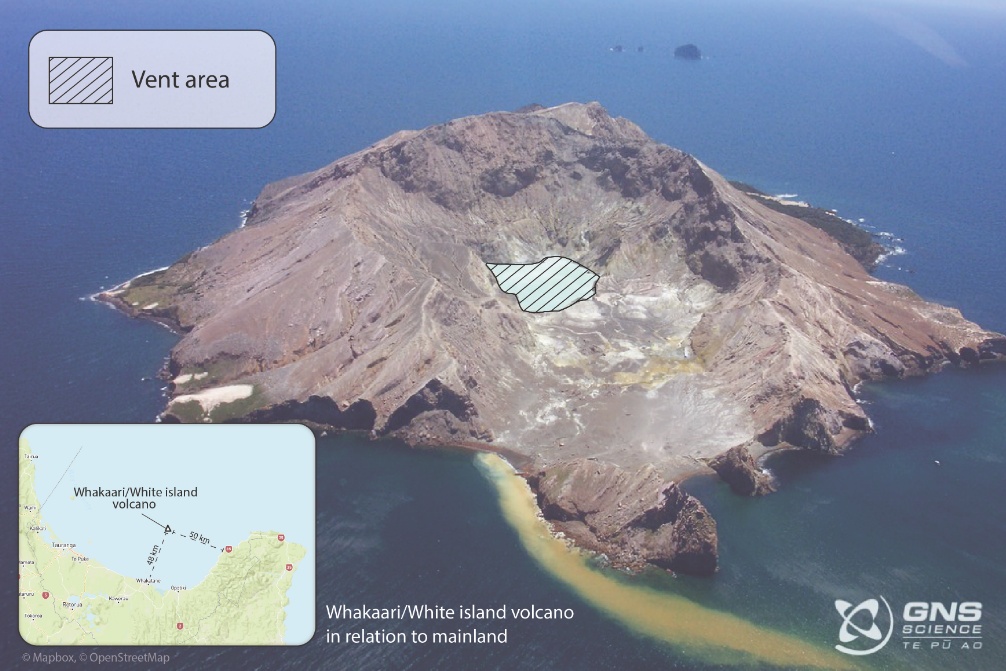 The death toll has risen to 6 and the number of missing people to 9, NZ Police said. 30 people are still in hospitals. 25 of them are critical with the remainder stable but serious.

"Since Monday we have been working tirelessly with our partners at Defence and Fire and Emergency New Zealand to establish a plan for the recovery of the bodies still on the island. We are confident in our ability to deliver the rescue operation once we can be sure we can manage the very real dangers that anyone going onto the island would face," it said in a media release.

"Those deploying to the island will likely encounter serious physical and chemical hazards, for which we must be prepared."