An international team of researchers has observed a gamma-ray burst with an afterglow featuring the highest-energy photons ever detected. These are a trillion times more energetic than visible light ever detected in a burst.

"After over 45 years of observing GRBs, we just confirmed the existence of yet another unknown component in their afterglows, which increases the gamma-ray burst overall energy budget dramatically," added Dr. Chryssa Kouveliotou, a physics professor at the same university.

On January 14, 2019, researchers detected a burst and labeled it GRB 190114C. This discovery pushed a widespread campaign of observations across the electromagnetic spectrum using more than 20 observatories and instruments worldwide.

The collaborative effort allowed the team to collect an unprecedented level of information about GRB 190114C, capturing the evolution of the burst afterglow emission across 17 orders of magnitude in energy.

Scientists used the new MeerKAT telescope in South Africa to record the emission, which was at the opposite end of the spectrum, in comparison with very high energy gamma rays.

"MeerKAT is a new radio observatory with very good sensitivity," van der Horst said. "It is a great facility to observe this kind of event. Our team is carrying out a multi-year program to observe many more gamma-ray bursts and other cosmic explosions in the coming years." 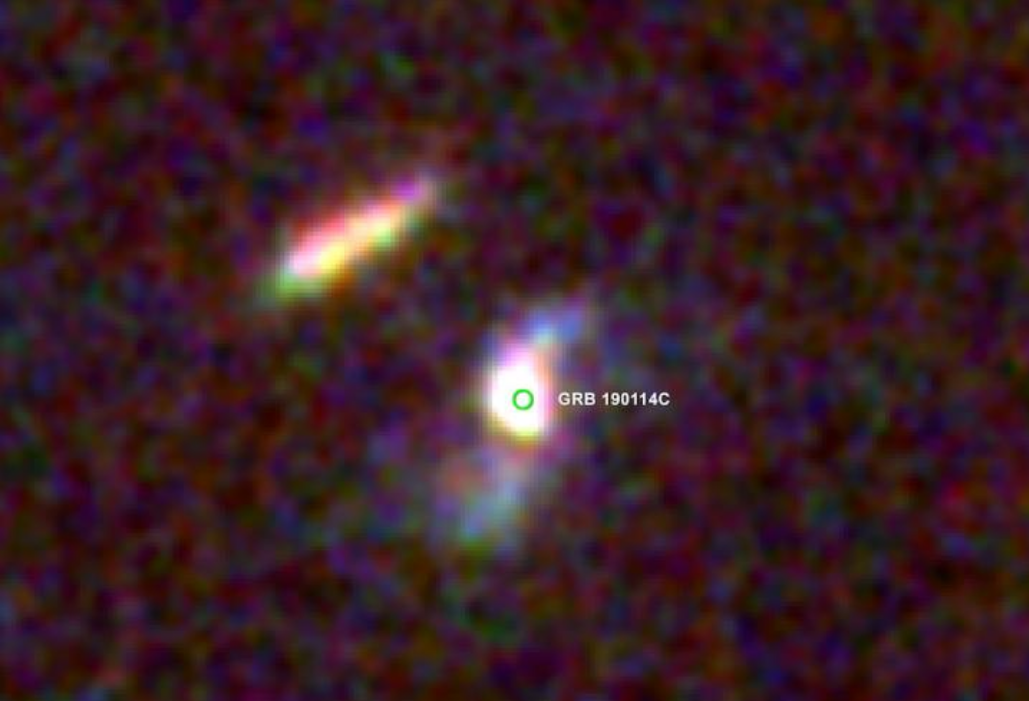 Researchers said GRB 190114C is unique that it allowed them to observe photons with teraelectronvolt (TeV) energies for the first time in its afterglow emission. The emission of TeV photons was 100 times more intense than the brightest known steady source at TeV energies– the Crab Nebula. This was noticed by scientists using MAGIC Collaboration telescopes in La Palma, Spain.

As anticipated though, the very high-energy emission faded immediately in about 39 minutes after the onset, while the afterglow in other parts of the spectrum remained much longer. The shape of the observed spectrum of the afterglow is a sign of an emission process called inverse Compton emission, the researchers noted.

In conclusion, this event supports the probability that inverse Compton emission is typically produced in gamma-ray bursts.

"MAGIC, the TeV photon detector in La Palma, Spain, opened up a new window for research on gamma-ray bursts," said Kouveliotou. "We are looking forward to understanding their physics and true energy release in gamma-ray bursts with more detections in the future."

Along with this discovery is the first detection of a gamma-ray burst afterglow in very-high-energy gamma light. 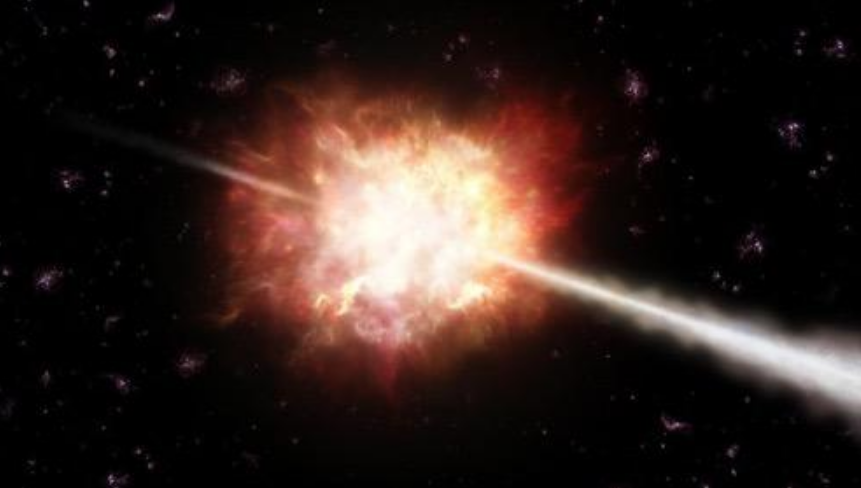 On July 20, 2018, the Fermi Gamma-Ray Burst Monitor and the Swift Burst Alert Telescope alerted of a gamma-ray burst, labeled GRB 180720B.

For H.E.S.S. (High Energy Stereoscopic System), the area of the burst became visible after 10 hours.

Nonetheless, the H.E.S.S. team decided to look for a very-high-energy afterglow of the burst. After searching for more than a decade, the efforts by the collaboration became fruitful. These discoveries were published in the Nature journal on November 20, 2019.

A signature has been detected that is particularly suited for such observations. The data collected during two hours, from 10 to 12 hours after the gamma-ray burst displayed a new point-like gamma-ray source at the location of the burst.

While the discovery of gamma-ray bursts at very high-energies had long been expected, the afterglow phase came as a surprise.

Researchers said GRB 180720B was very strong and lasted for about 50 seconds. This is a relatively long period as this indicated the death of a massive star.

This breakthrough discovery gave new insights into the nature of gamma-ray bursts.

Edna Ruiz Velasco, a Ph.D. student at MPIK Heidelberg and a co-author of the study highlighted, "This detection has already revolutionized the way we search for GRBs with Cherenkov Telescopes. Thanks to this GRB and the lessons learned, our recently improved observational strategy has already paid off."

"We can expect a future with a great number of GRBs detections at very-high energies and with this, a deeper understanding of these phenomena."

Long-duration γ-ray bursts (GRBs) originate from ultra-relativistic jets launched from the collapsing cores of dying massive stars. They are characterized by an initial phase of bright and highly variable radiation in the kiloelectronvolt-to-megaelectronvolt band, which is probably produced within the jet and lasts from milliseconds to minutes, known as the prompt emission1,2. Subsequently, the interaction of the jet with the surrounding medium generates shock waves that are responsible for the afterglow emission, which lasts from days to months and occurs over a broad energy range from the radio to the gigaelectronvolt bands1,2,3,4,5,6. The afterglow emission is generally well explained as synchrotron radiation emitted by electrons accelerated by the external shock7,8,9. Recently, intense long-lasting emission between 0.2 and 1 teraelectronvolts was observed from GRB 190114C10,11. Here we report multi-frequency observations of GRB 190114C, and study the evolution in time of the GRB emission across 17 orders of magnitude in energy, from 5 × 10−6 to 1012 electronvolts. We find that the broadband spectral energy distribution is double-peaked, with the teraelectronvolt emission constituting a distinct spectral component with power comparable to the synchrotron component. This component is associated with the afterglow and is satisfactorily explained by inverse Compton up-scattering of synchrotron photons by high-energy electrons. We find that the conditions required to account for the observed teraelectronvolt component are typical for GRBs, supporting the possibility that inverse Compton emission is commonly produced in GRBs.