Heavy rains pounded parts of eastern Japan on Friday, October 25, 2019 – the same areas affected by floods and strong winds produced by Typhoon "Hagibis" which made landfall on October 12. Evacuation orders for hundreds of thousands have been issued after rivers burst their banks. One fatality was reported, while two others are missing.

The victim died in a landslide in Chiba prefecture, east of Tokyo, according to public broadcaster NHK.

Further landslides and floods are expected particularly in areas hit by swollen levees yet to be fixed after Hagibis struck central and eastern Japan earlier this month.

"It has been two weeks since the disaster caused by Typhoon 19 [Hagibis] and the rain has continued to fall intermittently so people to need to take the necessary caution," Prime Minister Shinzo Abe stated.

Following this, the Japan Meteorological Agency (JMA) released a warning due to a low-pressure system and severe Typhoon "Bualoi."

Lots of warnings today for #landslides and #floods in central, east and northeast Japan

The agency prompted the residents affected by Hagibis to be alert against probably landslides and floods, which could be triggered even by a little amount of rainfall.

A low-pressure system located off the Tokai region in central Japan, cold air, and moist air surrounding the typhoon will destabilize conditions in the atmosphere, specifically around the Pacific Ocean area of eastern Japan through the evening of October 25.

Strong rains and thunderstorms are expected to strike eastern Japan on October 25 evening, and the Pacific Ocean side on October 26 dawn. 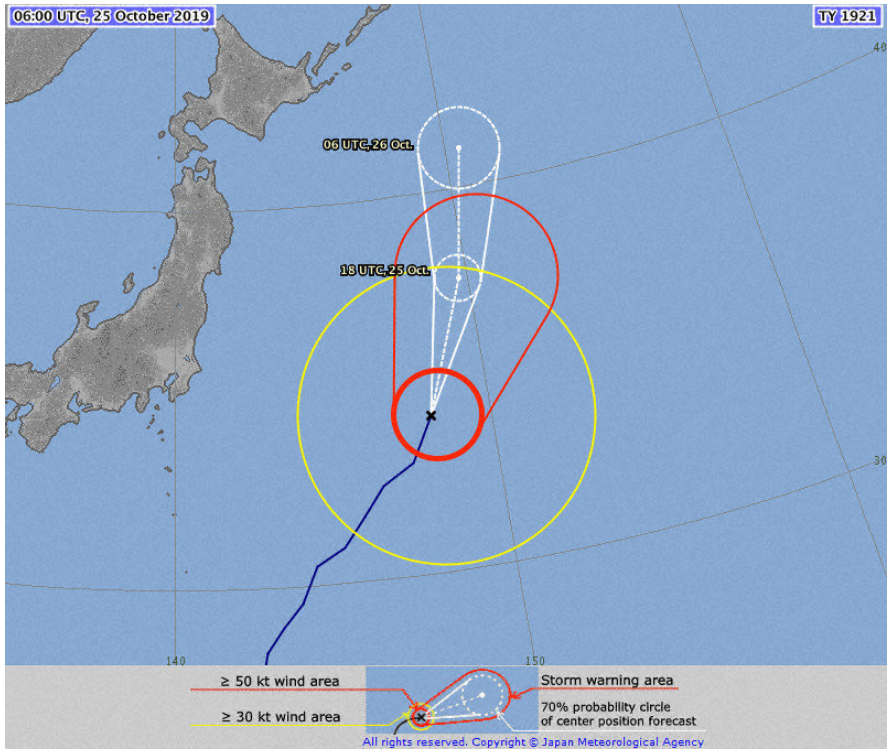 As of 15:00 LT on October 25, Bualoi, the 21st typhoon this year, was above the Pacific Ocean east of the Japanese archipelago and was seen heading northeast at 35 km/h (22 mph).