Scott weakened to a 'medistorm' after landfall and continued spreading rain over the region.

"Any areas to the east of the center, such as the Eastern Sinai Peninsula, Gaza City, Tel Aviv, and areas through Israel and Palestine could see heavy rain at times, with areas closer to the center seeing the heaviest rain, up to 200 mm (8 inches)," according to unofficial Mediterranean Cyclone Center. 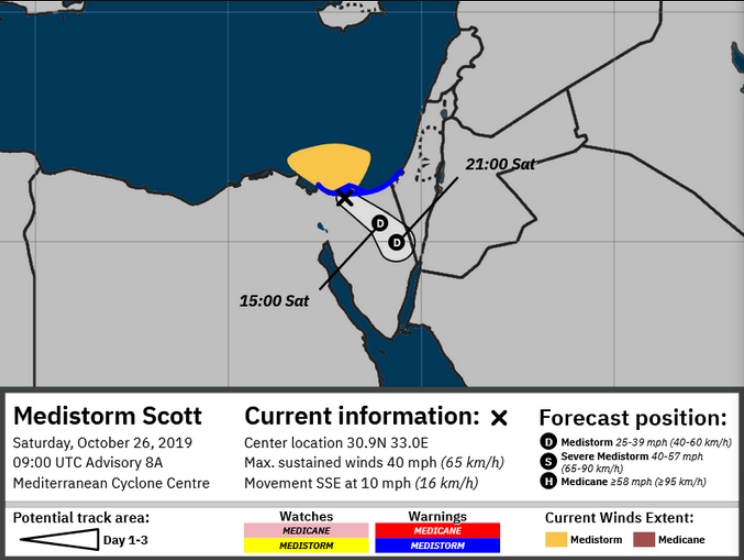 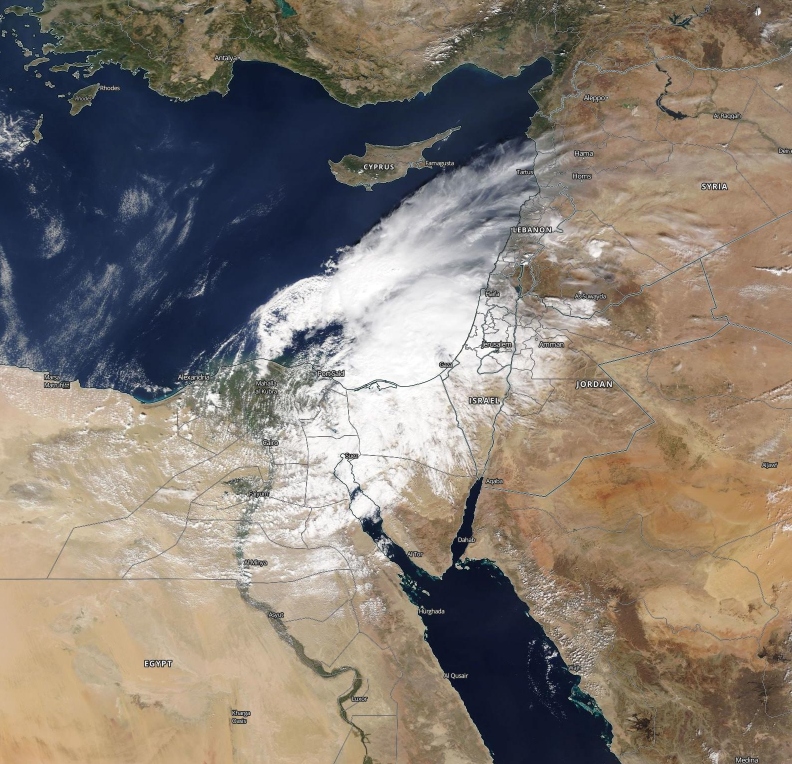 Egypt, especially capital Cairo, was already drenched this past week by an unrelated storm that left at least 11 people dead.

Although generally much weaker than their Atlantic and Pacific counterparts, they can be extremely dangerous and bring prolonged periods of very heavy rain, resulting in widespread devastation and deaths.

Read more: Medicanes at The Watchers