A seismic swarm was registered by Mexico's National Seismological Service (SSN) in the state of Guerrero from October 21 to 24, 2019. SSN registered 41 tremors with magnitudes between 3.5 and 4.9 and epicenters near Petatlan, on the shores of the state of Guerero.

The first one in the swarm took place at 21:49 LT on October 21. The agency further explained that the tremors lasted until 10:00 LT, October 24.

The largest quake of the series happened at 18:25 LT, October 22, which was felt in Petatlan and nearby areas. 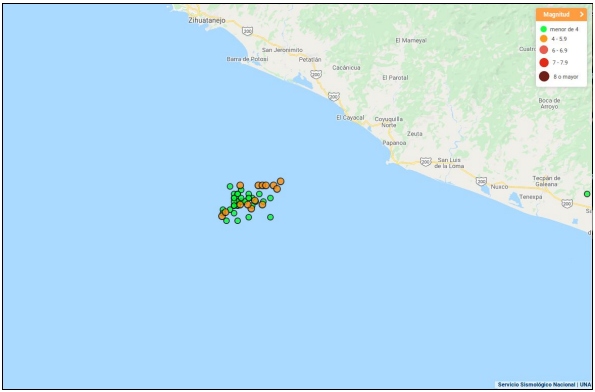 Guerrero state records approximately 25% of the seismic activities that take place in Mexico. This is due to the entry of the Cocos oceanic plate below the North American continental plate.

The meeting point between the two plates happens off the Pacific coast, from the Jalisco state to Chiapas.

Both of them caused major damage in the state and in Mexico City. 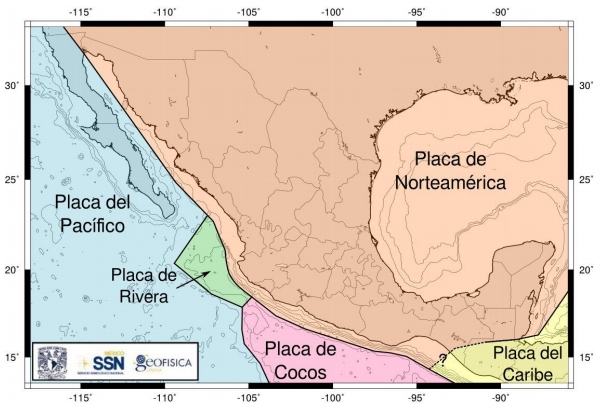 Earthquakes are recurrent and once energy has been gathered again at the border of the plates, it will have to be emitted through a quake, which is a typical phenomenon.

Eventually, as time passes in a place where an earthquake has not happened, the chance of one taking place is bigger. This situation happens between Acapulco and Petatlan on the Costa Grande de Guerrero, a region known by experts as the "Guerrero Gap".

Mexico is in an area of high seismic activity due to the interaction of five tectonic plates namely the North American plate, Cocos plate, Pacific plate, Rivera plate, and the Caribbean plate.