Very heavy rain and flash floods stranded thousands of students in parts of Texas on May 7, 2019.

The storm dropped an estimated 355 mm (14 inches) of rain near Houston (within 18 hours) and 254 mm (10 inches) on Cleveland where most of the affected students live. 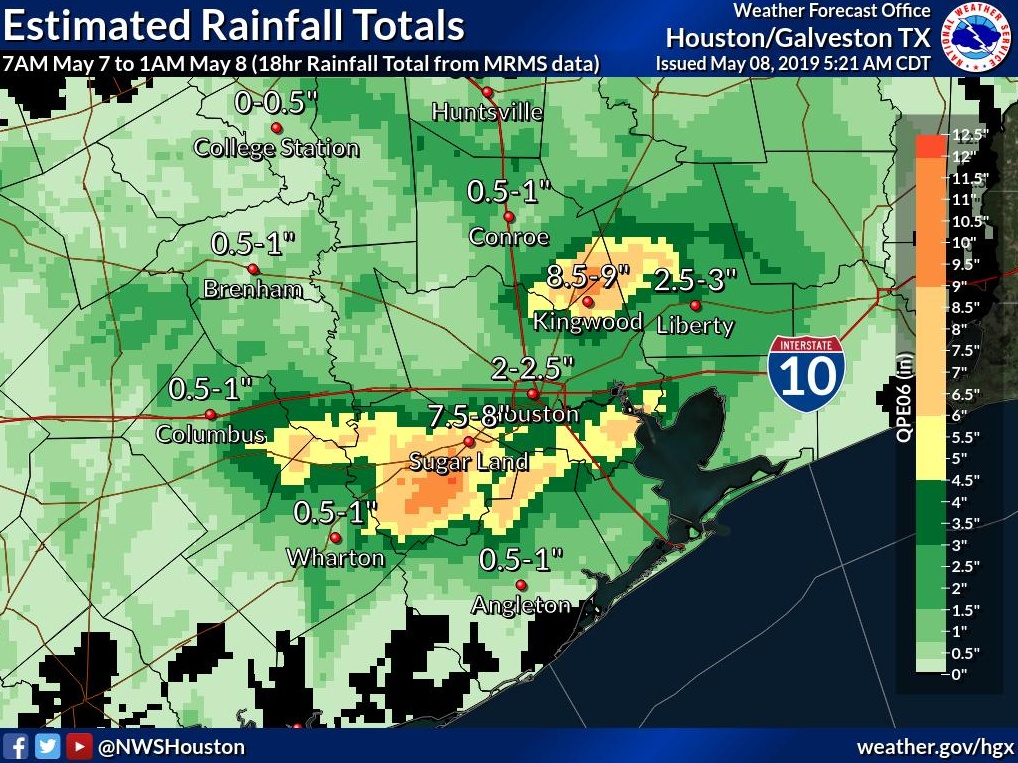 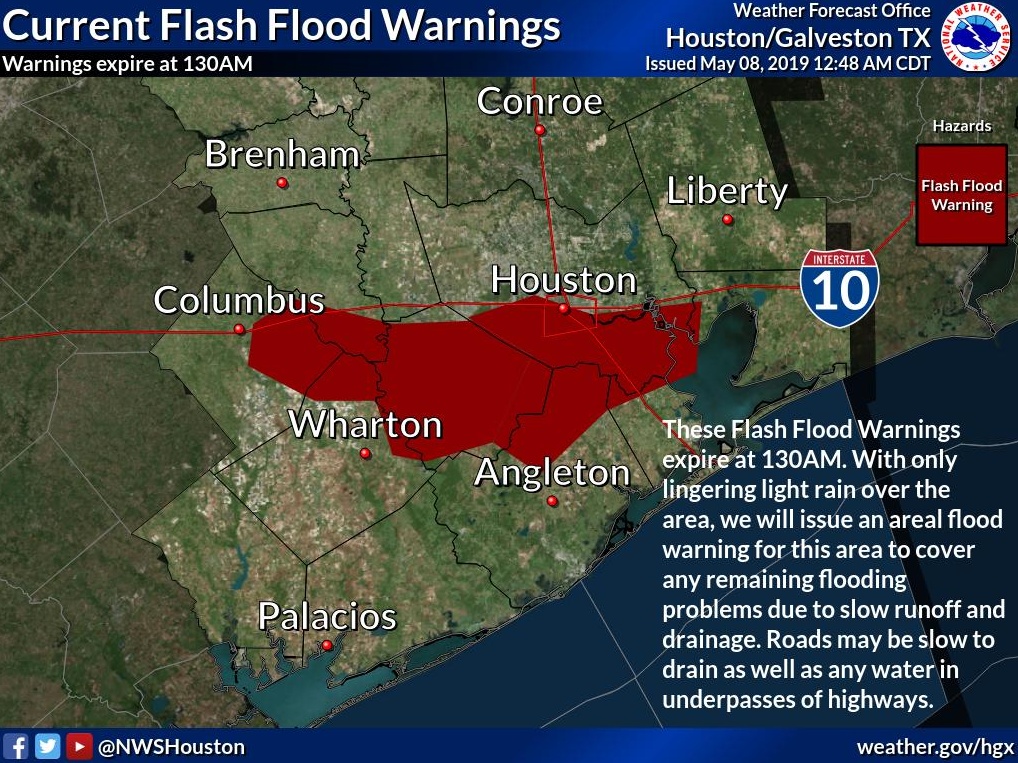 About 1 840 students and more than 100 faculty and staff members were stranded in several elementary schools in Cleveland.

"We have a lot of low-lying areas here. We can't get buses through," Cleveland Independent School District spokesperson Susan Ard said.

Campuses remained open for parents to pick up their children throughout the evening and into the night.

All students at the campuses are safe, the district said, adding that there is no major flooding in the buildings. People inside buildings reported at least several inches of water inside hallways and classrooms.

A number of students were also stranded at five area campuses in Humble, bringing to total number to more than 2 000.

All of them are being cared for, Humble ISD told ABC13.

Cleveland ISD, Splendora ISD and Huffman ISD said all of its campuses would be closed Wednesday, May 8.

Houston Fire Department said they received about 250 calls for high water rescues in the Kingwood area and have conducted approximately 40 rescues. Hundreds of homes have been affected by rising waters in the area.

Finally made it home but saw some scary things along the way. #khou11 #htownrush #khouweather
Power is out too pic.twitter.com/vMrodrnBCr