Tropical Cyclone Warning No.9 was issued for Vanuatu provinces of Torba, Sanma and Malampa at 12:30 UTC (23:30 VUT), February 13, 2019 due to Tropical Cyclone "Oma," located at the time about 255 km (160 miles) west of Santo and 390 km (242 miles) west-southwest of Sola. Red alert is in effect for all three provinces and yellow for Penama and Shefa. Oma is the fourth named storm of the 2018/19 South Pacific tropical cyclone season. It follows Liua of September 2018, the earliest-forming named tropical cyclone in the South Pacific basin since reliable records began, Mona (January) and Neil (February).

Storm force winds of 95 km/h (59 mph) gusting up to 130 km/h (80 mph) are also expected to affect the abovementioned provinces.

Heavy rainfalls and flash flooding over low lying areas and areas close to the river banks, including coastal flooding will continue to affect the three provinces overnight.

Seas will be very rough to phenomenal with heavy and phenomenal swells expected.

People, including sea going vessels are strongly advised not to go out to sea until the system has moved out of the area.

The Marine strong wind warning and High seas warning are current for northern and central coastal and open waters.

The National Disaster Management Office (NDMO) advices that red alert is maintained for Torba, Sanma and Malampa, and yellow alert for Penama and Shefa provinces. 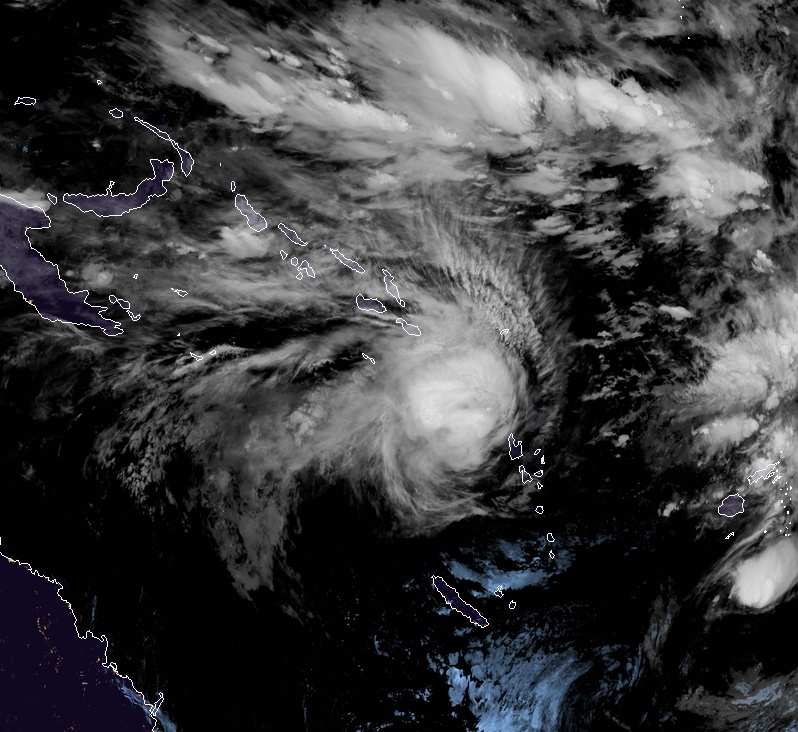 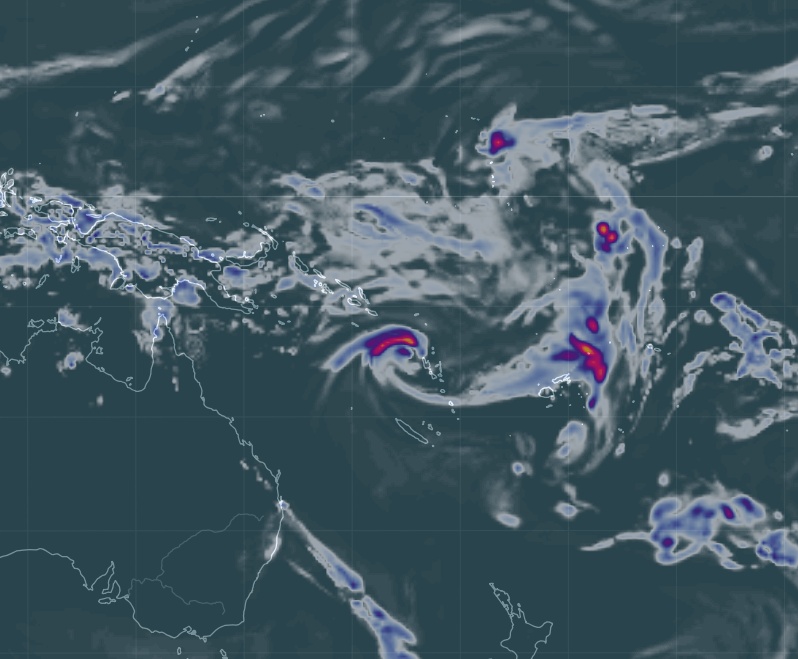 For actions on these alerts, call NDMO on 22699 or 33366. People in the affected provinces are advised to listen to Radio Vanuatu and all other radio outlets to get the latest information on this system.