Lan's maximum sustained wind speed at 09:00 UTC was 213 km/h (132 mph), according to the Joint Typhoon Warning Center, making it a Category 4 hurricane equivalent on the Saffir-Simpson Hurricane Wind Scale. 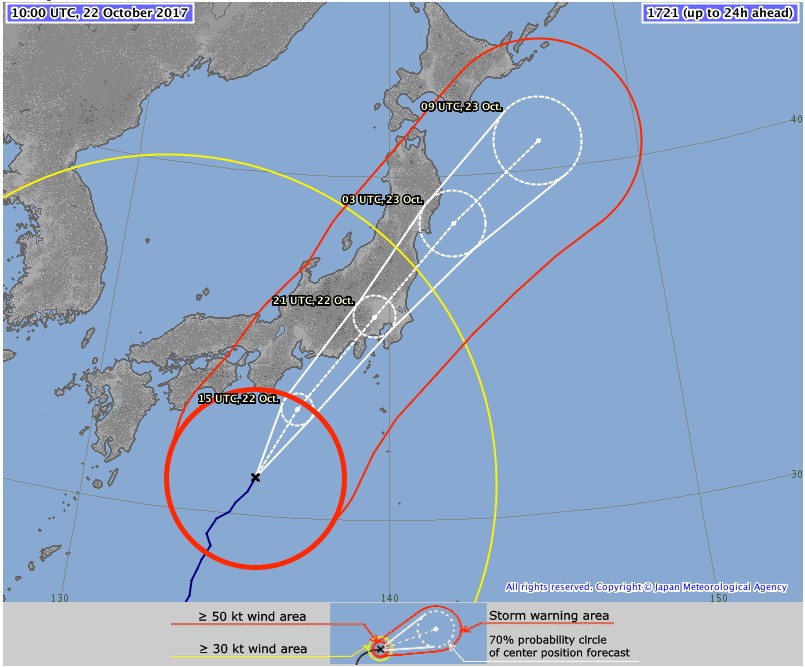 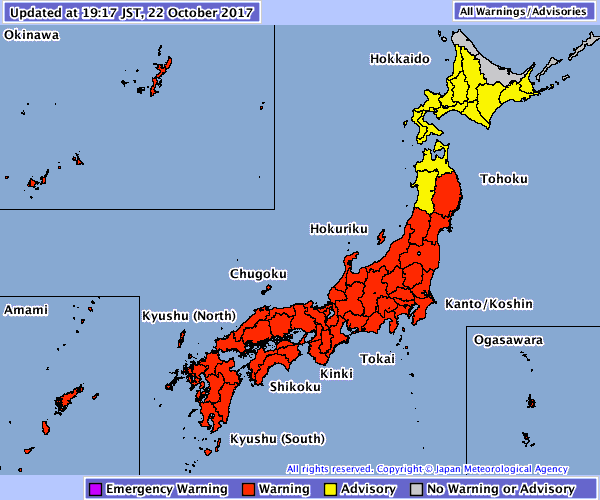 "The storm is slated to make landfall sometime after 03:00 Monday morning, Japan time. By that point, it is expected to be weaker as a strong typhoon, but nevertheless, it will provide significant rainfall that can lead to flooding along with strong winds that could hit 93 km/h (58 mph) or more as the system comes on shore," meteorologist Jonathan Oh warns.

"Plenty of raining has been falling all throughout Japan, including Tokyo. The capital has seen 108 mm (4.25 inches) of precipitation since midnight, and the rainfall will only become progressively worse overnight."