A severe thunderstorm that swept over Italy on September 10, 2017, causing at least 6 deaths, reached Croatia during the late afternoon hours, dumping heavy rain.

Heavy rain continued through the rest of the day and overnight, breaking, in some areas, monthly rainfall averages.

At least one destructive tornadic waterspout was reported. It eventually reached land and hit Gornje Selo on the island of Šolta, downing trees and damaging several houses.

Around 08:00 CET (06:00 UTC) on September 11, a large Cumulonimbus cloud positioned itself over the coastal city of Zadar and became stationary, dumping heavy rain for several hours and causing severe flash flooding, described by local media as catastrophic and unprecedented.

As reported by the city's civil protection service, the situation in the entire Zadar County is very serious after heavy rain flooded numerous buildings, schools, and kindergartens. The situation is especially critical in the city's main hospital where damage is already counted in millions of euros. Surgeries are being canceled and non-critical patients sent home as the hospital sustained severe damage.

Traffic was brought to a standstill as numerous roads and underpasses flooded in a matter of hours, prompting authorities to urge residents to stay in their homes and avoid driving. 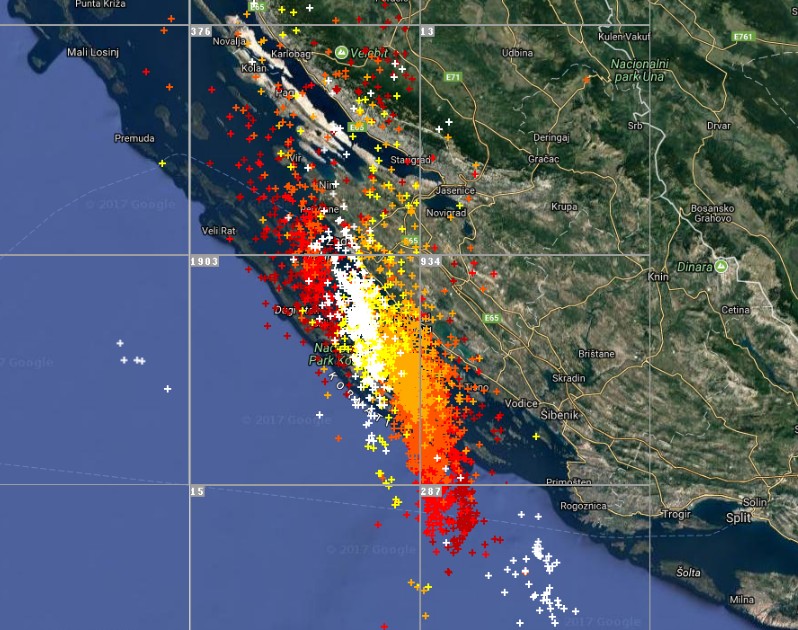 According to data provided by Pljusak.com, parts of this region received up to 173 mm (6.8 inches) of rain within the first 12 hours (CET) of September 11. Most of it, it appears, fell within just several hours.

Heavy rain associated with this storm is expected to last through late afternoon, Vidović said.