Maring has maintained its strength as it continues to move in a west northwest direction, PAGASA said in their Severe Weather Bulletin #2 for Tropical Depression "Maring," issued 20:00 PHT (12:00 UTC) today.

Sea travel is risky over the Eastern seaboards of Aurora, Quezon, and Bicol region. 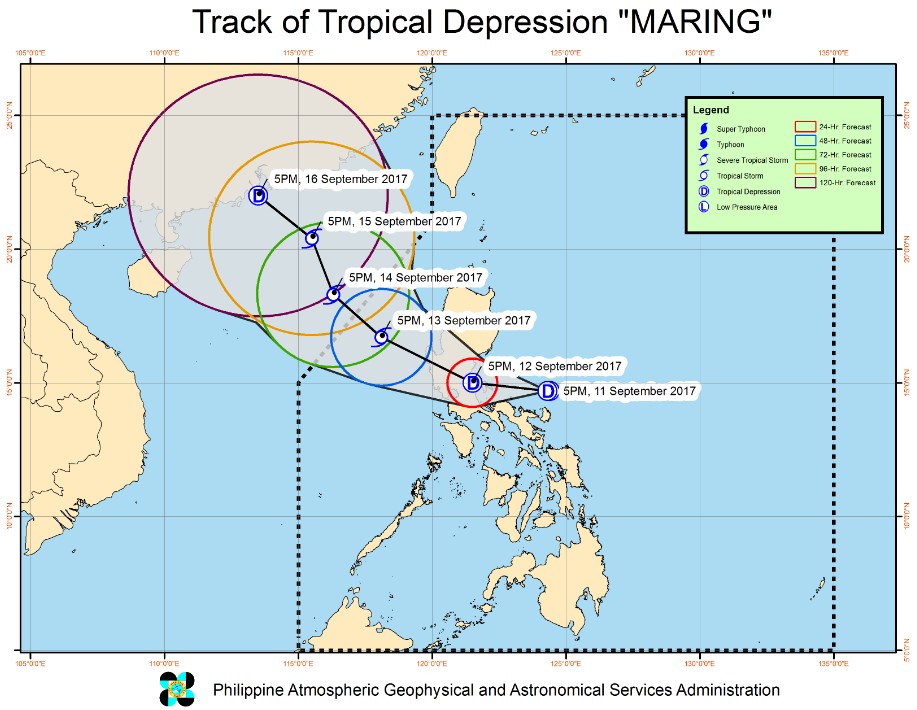 Winds produced by this system are expected to cause very light to no damage to high-risk structures. However, heavy rainfall might cause localized flooding and landslides.

At the same time, a much larger tropical cyclone, internationally named Talim and known in the Philippines as Lannie, is located further east from the Philippines. Talim is expected to intensify over the coming days, reaching a Category 3 hurricane equivalent on the Saffir-Simpson wind scale before landfall.

On the current forecast track, Talim is expected to make landfall over the northern Taiwan around 12:00 UTC on September 13, and continue toward SE China.

While slowly moving over the Philippines, this storm dumped heavy rain and caused landslides in and around capital Manila, forcing schools, government offices and businesses to shut down. It is blamed for at least 3 deaths and 13 missing persons.

Doksuri is now moving WNW while strengthening and is expected to pass very close to China's Hainan and make landfall, shortly after that, in northern Vietnam as a Category 1 hurricane equivalent on September 15.