Tropical Cyclone "Noru" underwent a phase of rapid intensification over the weekend and became a super typhoon late Sunday, July 30, 2017, peaking at 257 km/h (160 mph). It thus became the first Category 5 hurricane/typhoon (super typhoon) of the 2017 Northern Hemisphere Tropical Cyclone Season. Noru has since weakened back to Category 4 hurricane equivalent and turned toward Japan.

Animated enhanced infrared satellite imagery depicts an annular system lacking any banding features with a well-defined 27.7 km (17.3 miles) eye. The structure has not changed much in the last six hours but cloud tops have begun warming.

Environmental conditions are currently very favorable with a point source over the system and a strong eastward outflow channel into the subtropical westerly jet and TUTT cell to the east. Sea surface temperatures are also very favorable around 29 to 30 °C (84.2 to 86 °F).

The system is drifting westward within a competing steering environment from ridges to the north, west and southest. 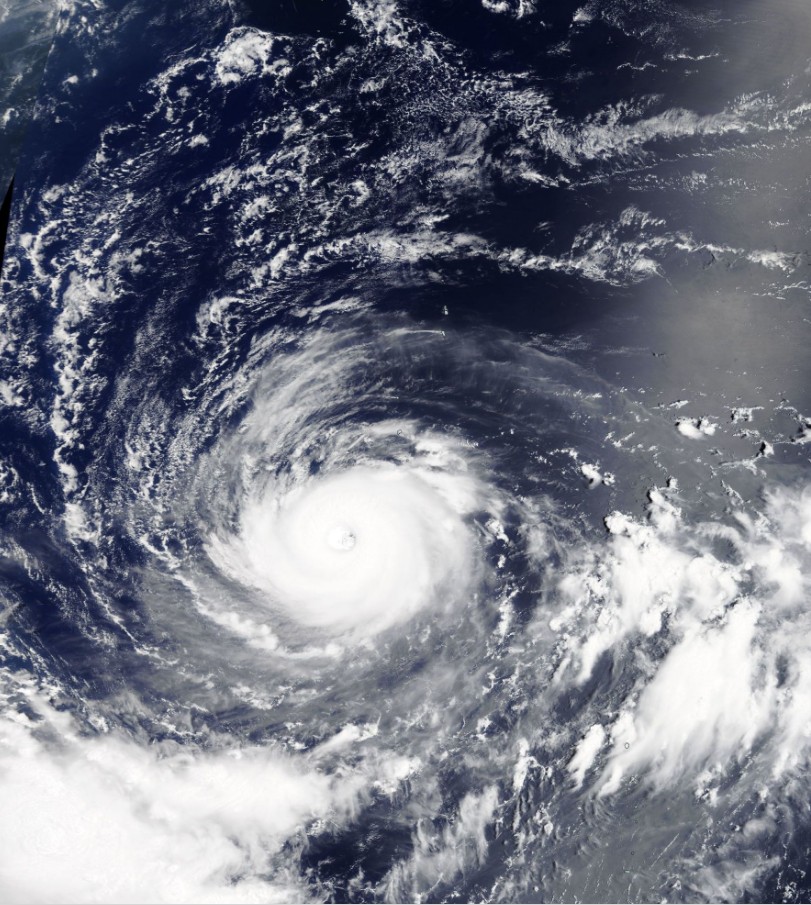 Over the next 36 hours, Noru is expected to track northwestward as the southeastern ridge strengthens and the northern ridge retreats to the northwest. It will slightly weaken during this period as it exhausts most of the energy available from the warm water.

Over the next 96 to 120 hours, Noru is expected to become quasi-stationary again. 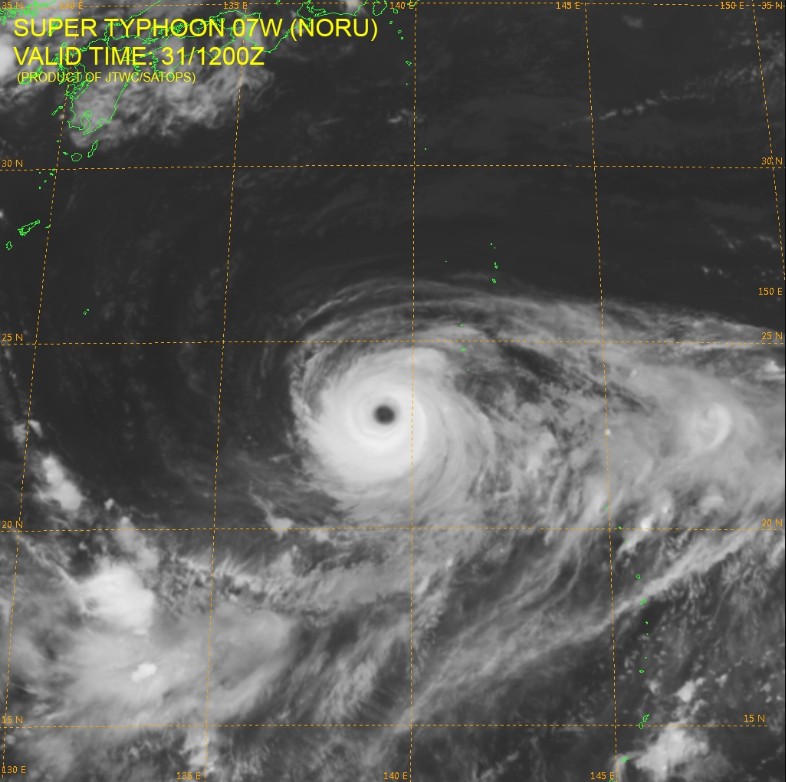 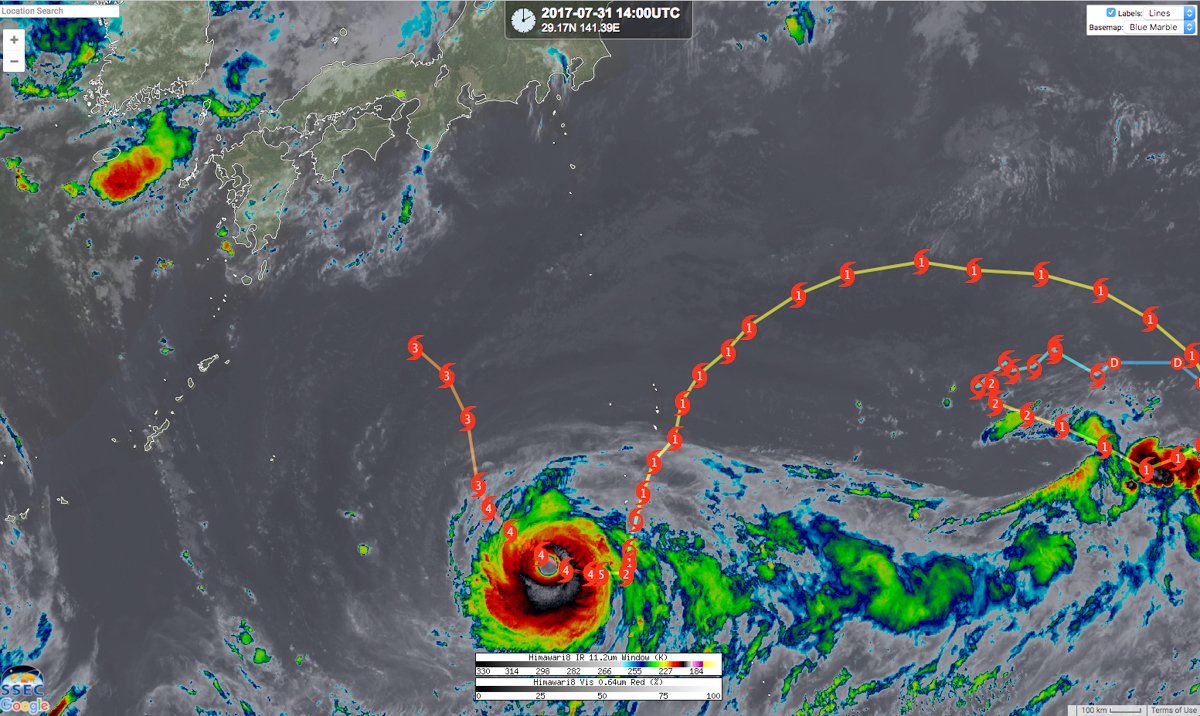 Due to the large degree of complexity in the steering environment, there is a low confidence in the current forecast track.