Tropical Cyclone "Enawo" is expected to make landfall over SE Antsiranana Province, Madagascar shortly after 10:00 local time (07:00 UTC) on March 7, 2017. The system is expected to reach the coast as Category 2 hurricane equivalent. Winds produced by Enawo at the time of landfall can cause extensive damage. In addition, Enawo is bringing heavy rain which could cause major flooding and landslides. 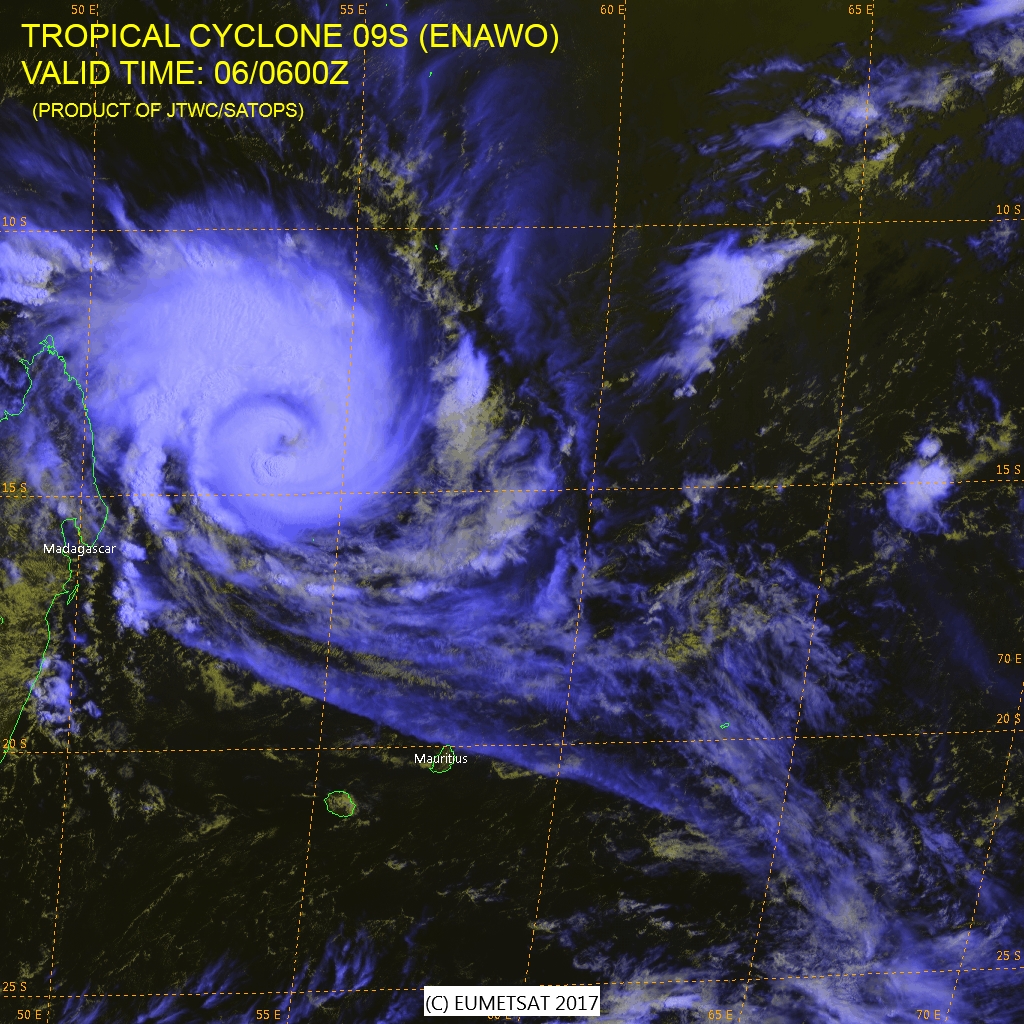 The system is expected to further intensify over the next 12 hours, peaking at 203 km/h (126 mph), and then begin to weaken. Enawo is being steered toward Madagascar by the subtropical ridge to the southeast and is expected to make landfall shortly after 07:00 UTC on March 7 as a Category 2 hurricane equivalent.

Category 2 hurricanes are producing extremely dangerous winds capable of causing extensive damage. Well-constructed frame homes could sustain major roof and siding damage. Many shallowly rooted trees will be snapped or uprooted and block numerous roads. Near-total power loss is expected with outages that could last from several days to weeks.

After landfall, Enawo is expected continue tracking southward across the country and weaken, pass over capital Antananarivo on March 8 and emerge over water near Matanga on March 9. 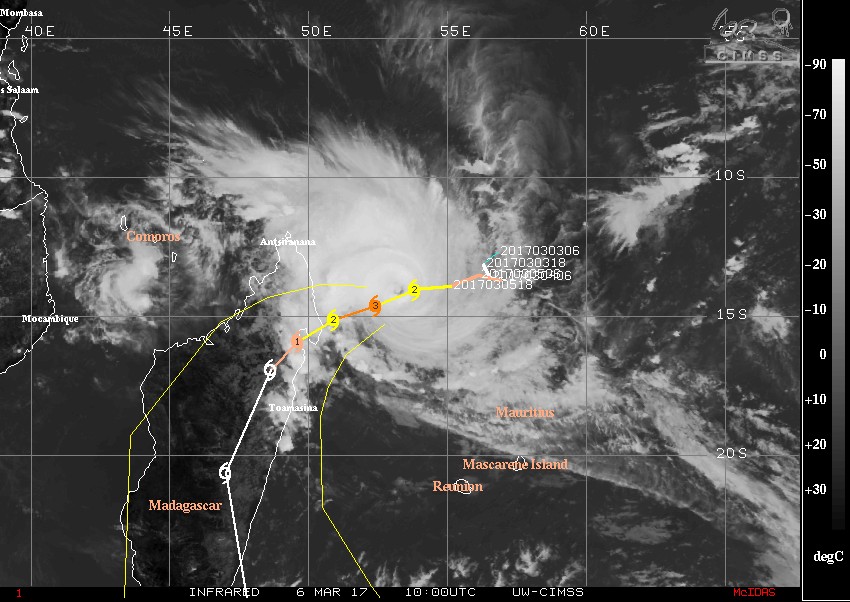 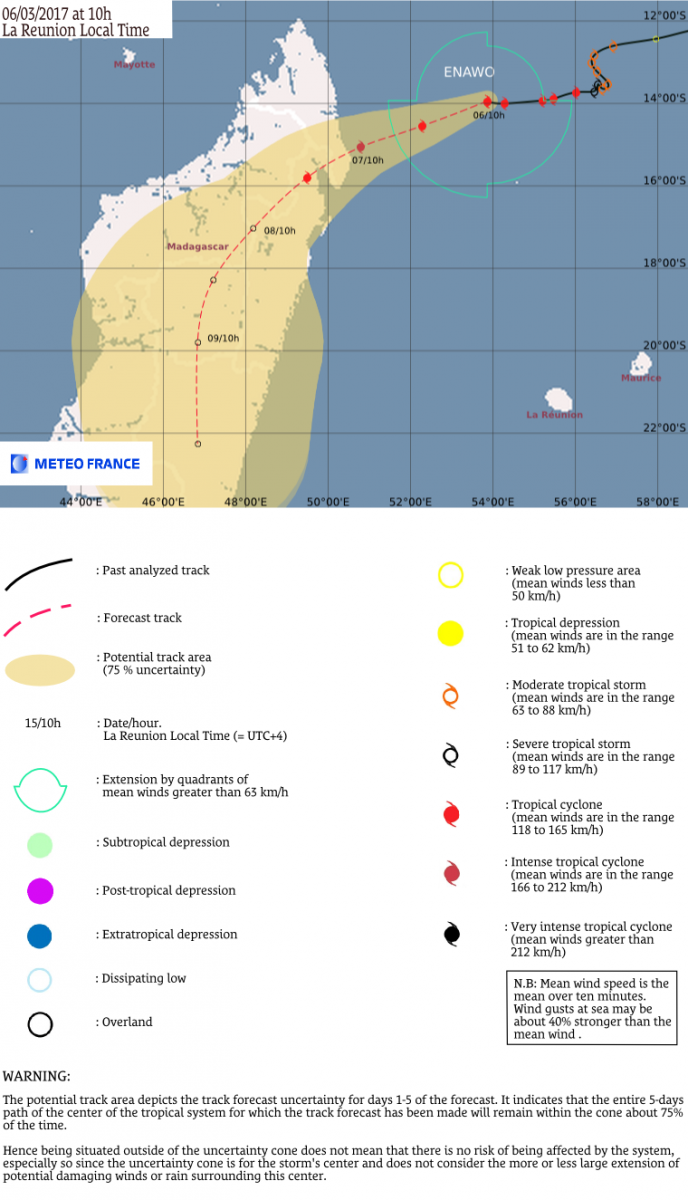 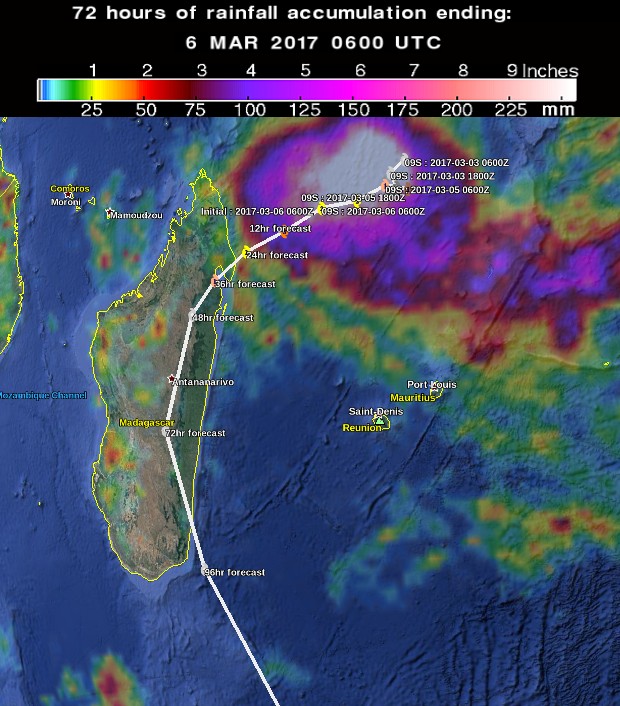 Major flooding and landslides are possible.

@TheWatchers_ had some pretty heavy downpours south of Toamasina. pic.twitter.com/KrC8hScz2w

Life-threatening impacts are expected as it moves further inland.