Tropical Cyclone "Blanche" formed late March 5, 2017 in the Timor Sea and soon crossed the Kimberly coast between Wyndham and Kalamburu, Western Australia as Category 2 system on the Australian tropical cyclone intensity scale. This is the equivalent of a Category 1 hurricane on the Saffir-Simpson hurricane wind scale.

As the cyclone formed and strengthened, Bathurst Island recorded 384 mm (15.1 inches), which has smashed the previous daily rainfall total by more than 100 mm (3.9 inches).

The agency said destructive winds with gusts to 150 km/h (93 mph) are being experienced between Kalumburu and Wyndham in WA, easing to gales this afternoon (local time) as the system weakens.

Gales with gusts to 120 km/h (74 mph) are also being experienced between Wyndham and Kalumburu in WA, easing during this evening to below gale force.

Tides will be higher than normal between Wyndham and Kalumburu in WA during today. Large waves may produce minor flooding of low-lying coastal areas. 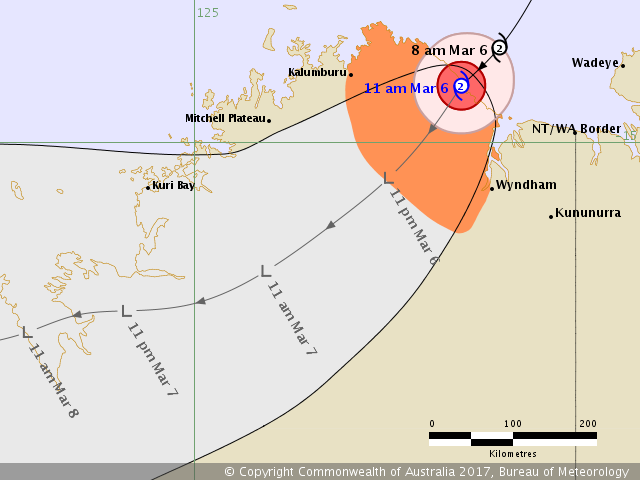 A Yellow Alert is in effect between Wyndham and Kalumburu and coastal communities, people need to take action and get ready to shelter from a cyclone.

Blue Alert is in effect between WA/NT Border to Kununurra and people need to prepare for cyclonic weather and organize an emergency kit including first aid kit, torch, portable radio, spare batteries, food and water.

Blanche is expected to weaken today and continue to move SW over Western Australia during Tuesday and Wednesday.

The system is dumping heavy rain on already saturated catchments. Between 200 and 300 mm (7.9 – 11.8 inches) of rain is expected through the Kimberly region to the north of the Wyndham area. As Blanche continues to more southwards, that rain will extend further inland. Since it's been a very wet season so far, it's not going to take much to see river rises and some flooding, BOM said.

Flood warnings are in effect for the Kimberly catchment.

There is a possibility that Blanche will emerge over the water after 48 hours. 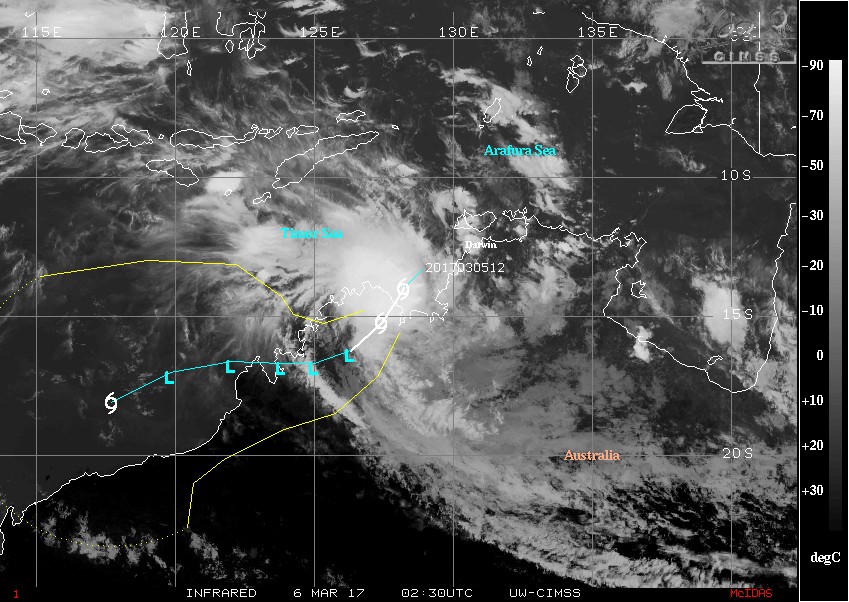