Nock-Ten, known in the Philippines as Nina, has reached typhoon strength today and is still intensifying on its way toward capital Manila, Philippines. Landfall is expected around 12:00 UTC on December 25, 2016.

Nock-Ten is the 13th typhoon of the 2016 NW Pacific typhoon season. Average to date is 17. 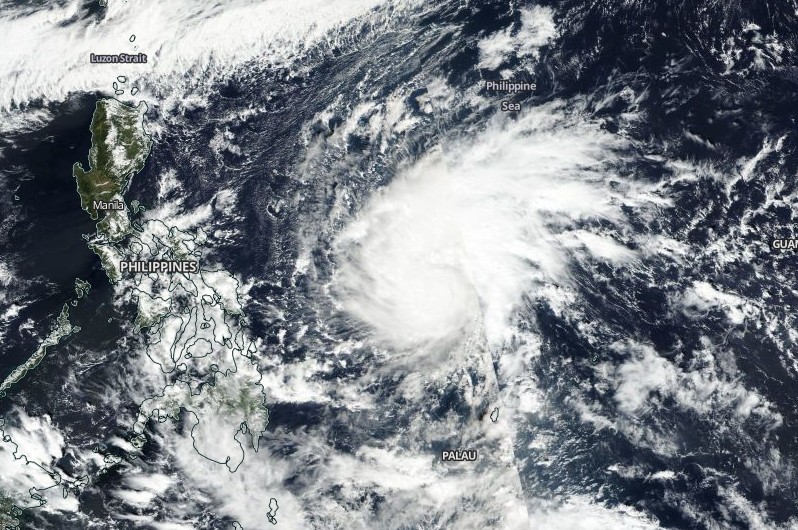 The agency expects landfall over Catanduanes by Sunday afternoon or evening (local time).

Well-developed eye now showing up on IR satellite imagery from Typhoon #Nockten as it heads towards the Philippines. pic.twitter.com/dycDEuNdl1

The typhoon is expected to peak at 213 km/h (132 mph) within the next 24 hours and slightly weaken before it makes landfall. Current forecast calls for Category 3 hurricane equivalent at the time of landfall.

Nock-Ten is expected to pass just north of Manila as Category 1 or 2 hurricane equivalent.

The public and the disaster risk reduction and management council concerned are advised to take appropriate actions, PAGASA said.