Based on all available data, PTWC said at 14:51 UTC, hazardous tsunami waves are forecast for some coasts. Tsunami waves reaching 1 to 3 meters (3.3 to 9.8 feet) above the tide level are possible along some coasts of Chile.

"There is no longer a tsunami threat from this earthquake," it said.

The population is advised to remain observant and exercise normal caution near the sea. Otherwise, no action is required.

Minor sea level fluctuations may occur in some coastal areas near the earthquake over the next few hours. 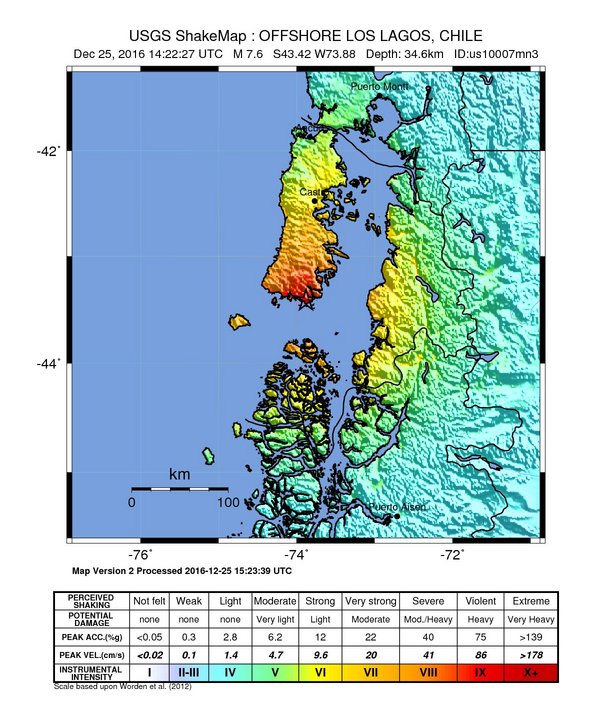 Yellow alert level was issued for economic losses. Some damage is possible and the impact should be relatively localized. Estimated economic losses are less than 1% of GDP of Chile. Past events with this alert level have required a local or regional level response.

Overall, the population in this region resides in structures that are resistant to earthquake shaking, though some vulnerable structures exist. The predominant vulnerable building types are low-rise reinforced/confined masonry and concrete/cinder block masonry construction.

Professor Max Wyss, who specializes in theoretical prognoses of injuries and fatalities expects: 0 tot 10 fatalities and 0 to 30 injuries, ER reported.

"Much strength and encouragement to the compatriots affected by the tremor in Chile and other areas in the south. Emergency procedures are already in place," Chile's President Michelle Bachelet said. 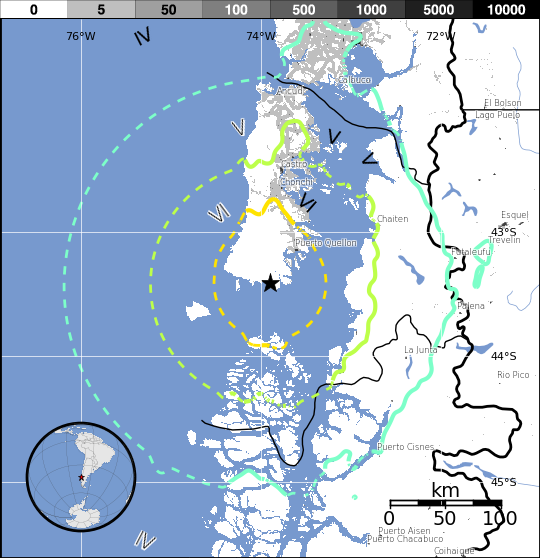 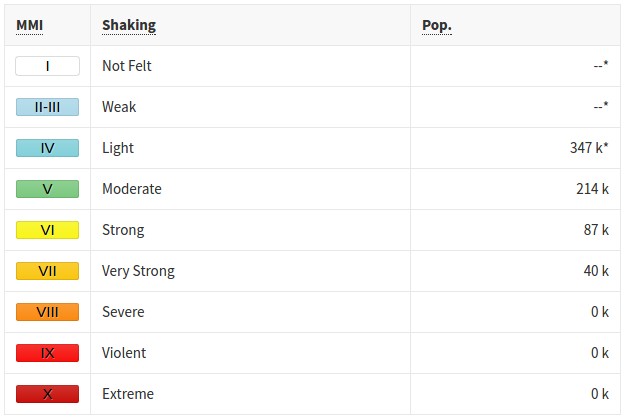 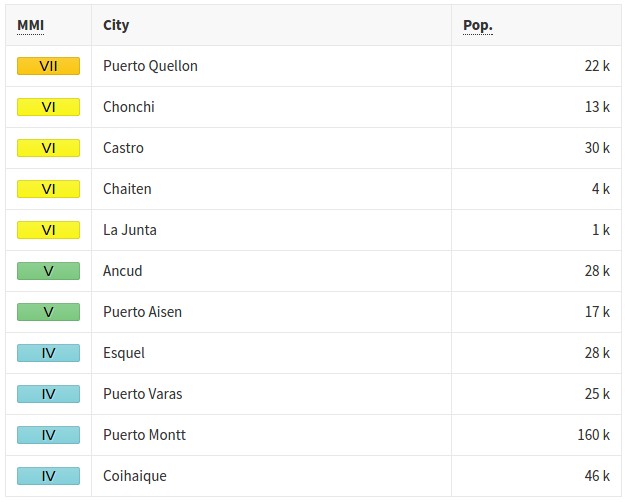