Typhoon "Sarika" has made its second landfall at Hele Town, Wanning City, south China's Hainan Province at 01:50 UTC (09:50 CST) on Tuesday, October 18, 2016. The typhoon is now rapidly weakening and heading toward its final landfall, somewhere near the Vietnam-China border around 06:00 UTC on October 19.

At the time of landfall, Sarika had maximum winds of 162 km/h (100 mph) at its center, a local meteorological bureau reported.

More than 13 000 residents in low-lying areas or unsafe houses have been evacuated, municipal authorities said.

According to Xinhua, some 250 flights were canceled, with normal operations expected to resume late afternoon, local time.

Strong winds and wet roads caused a passenger bus carrying 45 people on board to overturn on one of Hainan's major highways Monday night. Fortunately, there were no casualties.

Provincial meteorological bureau chief Cai Qinbo previously predicted losses from the typhoon to be "grave," as the cyclone was projected to be the most powerful and destructive to land in Hainan in a decade.

High-speed train services and classes in kindergartens, middle and primary schools in 8 counties are closed to the public.

Sarika is expected to significantly weaken over the next 12 hours and make its final landfall somewhere near the Vietnam-China border, around 06:00 UTC on October 19. 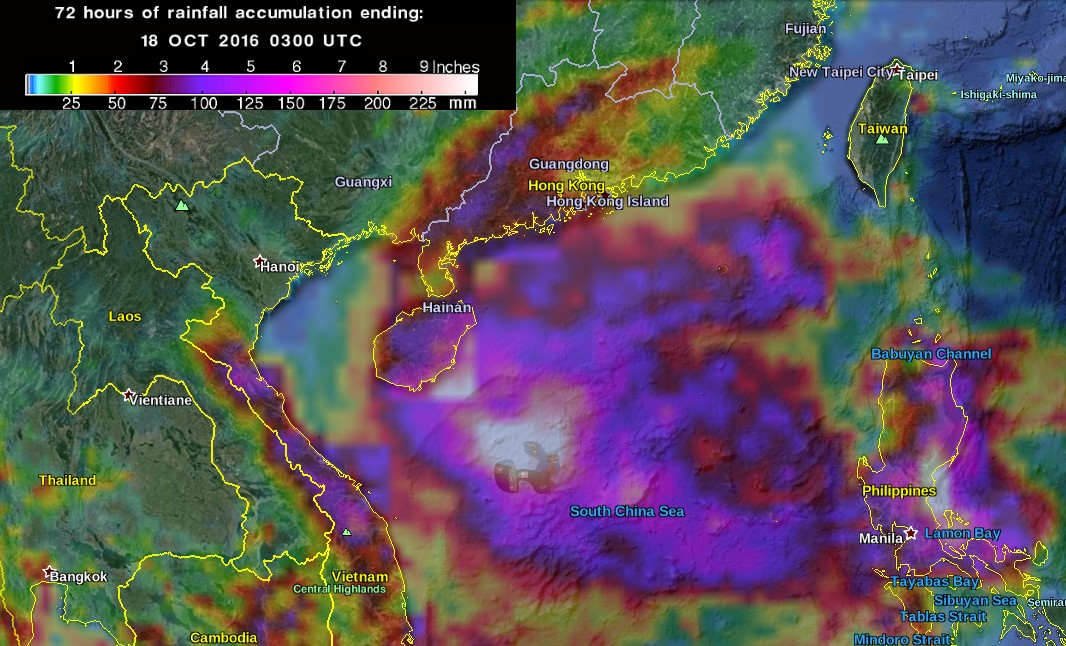 Sarika's first landfall was in the province of Aurora, Philippines around 18:30 UTC on Saturday, October 15 (02:30 local time on October 16). Sarika caused at least two fatalities and prompted evacuations of more than 15 000 people.

Roofs of many houses were ripped off, as the storm moved through heavily populated agricultural provinces.