Typhoon "Haima," known in the Philippines as Lawin, slammed into Cagayan Province around 19:00 UTC on October 19, 2016 (03:00 PHT on October 20) as a Category 4 hurricane equivalent and trailed over northern Luzon killing at least 13 people and destroying tens of thousands of homes. Haima is the 12th typhoon to hit the Philippines this year and comes just days after deadly Sarika. The yearly average is 20.

Two of those killed, aged 16 and 17, died when a landslide hit their house in Ifugao. Two other were buried in a shanty in another mountainous region, the disaster risk council's division in the northern Philippines reported.

Schools and businesses were closed and almost 100 000 of people evacuated before the storm.

Haima is moving towards its final landfall, expected just east of Hong Kong within the next 18 hours, JTWC said. 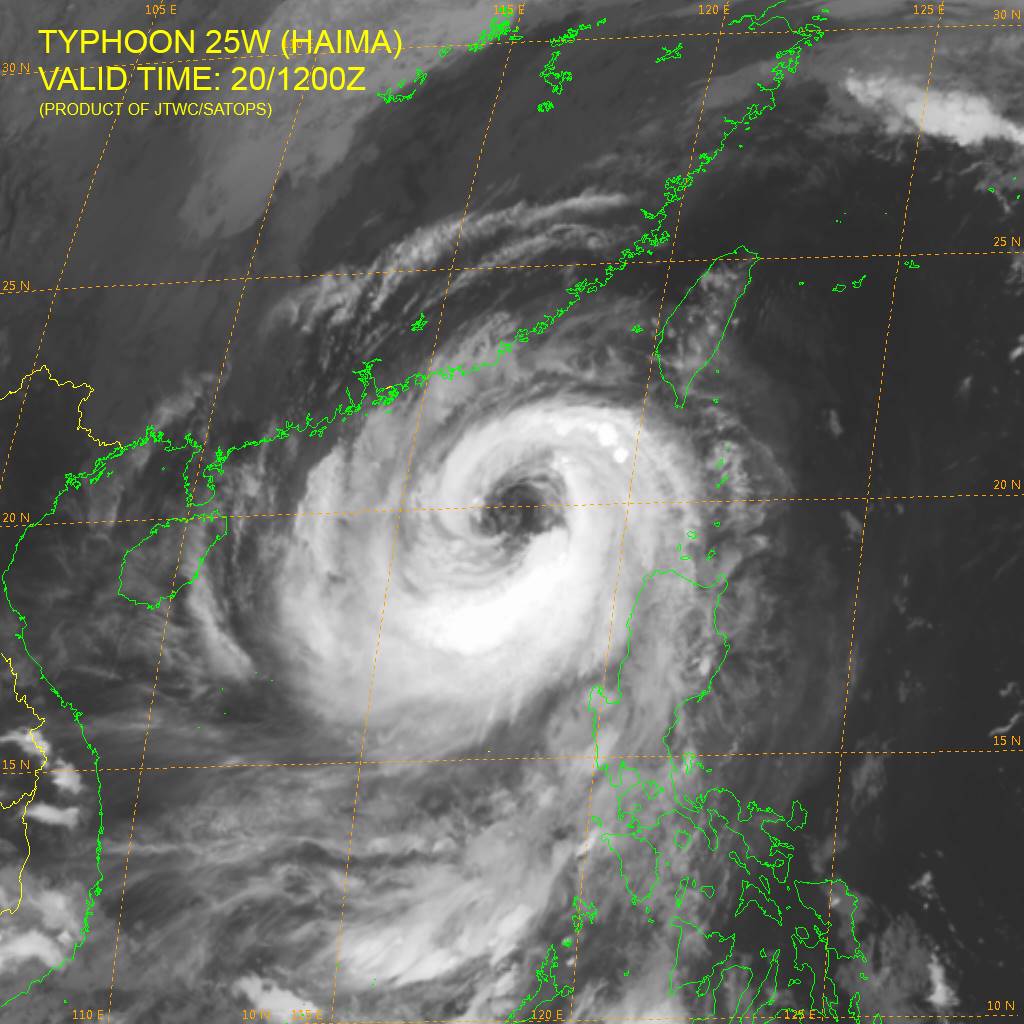