Tropical Storm "Tokage," in the Philippines known as Marce, has made landfall over the Calamian Group of Islands and is causing widespread rainfall over the northern Visayas and southern Luzon. 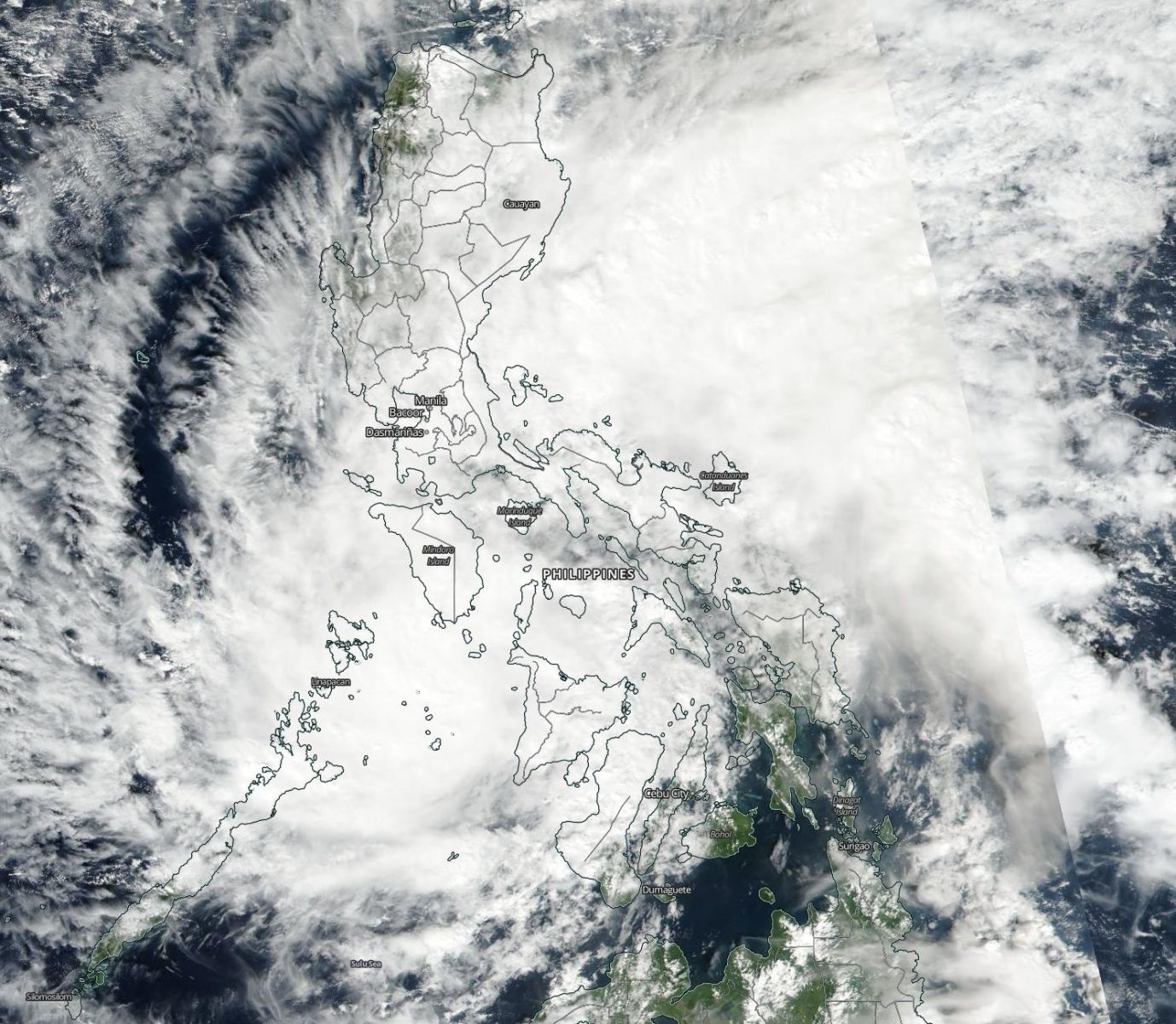 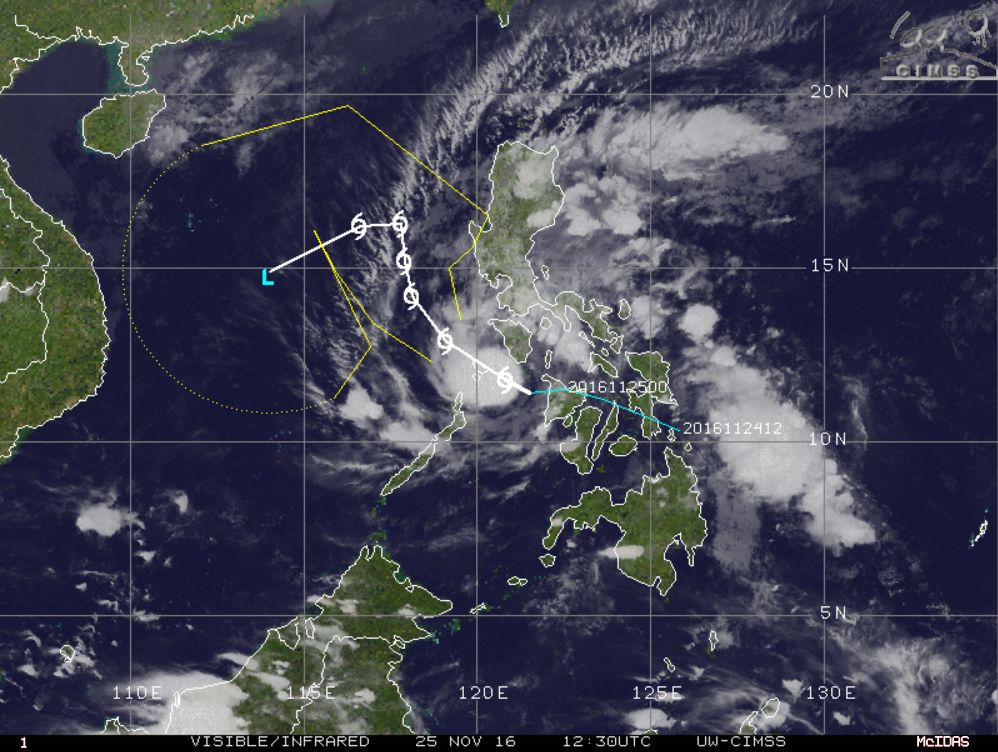 The eye of the storm was located in the vicinity of Coron, Palawan, at 20:00 (local time).

Moderate to heavy rainfall is expected within the 300 km (186.4 miles) diameter of the storm.Tropical Cyclone Warning Signal 2 is currently in effect over the Calamian Group of Islands while warning signal 1 is in place over the Occidental Mindoro and Northern Palawan, including Cuyo Island.

As it moved over the Philippines, the rough seas associated with the tropical storm, have left over 10 000 people stranded in ports across the country.

According to the Philippine Coast Guard, in total 10 251 passengers, 1 401 rolling cargoes, 161 vessels, and 58 motor vehicles were left stuck in the Visayas. 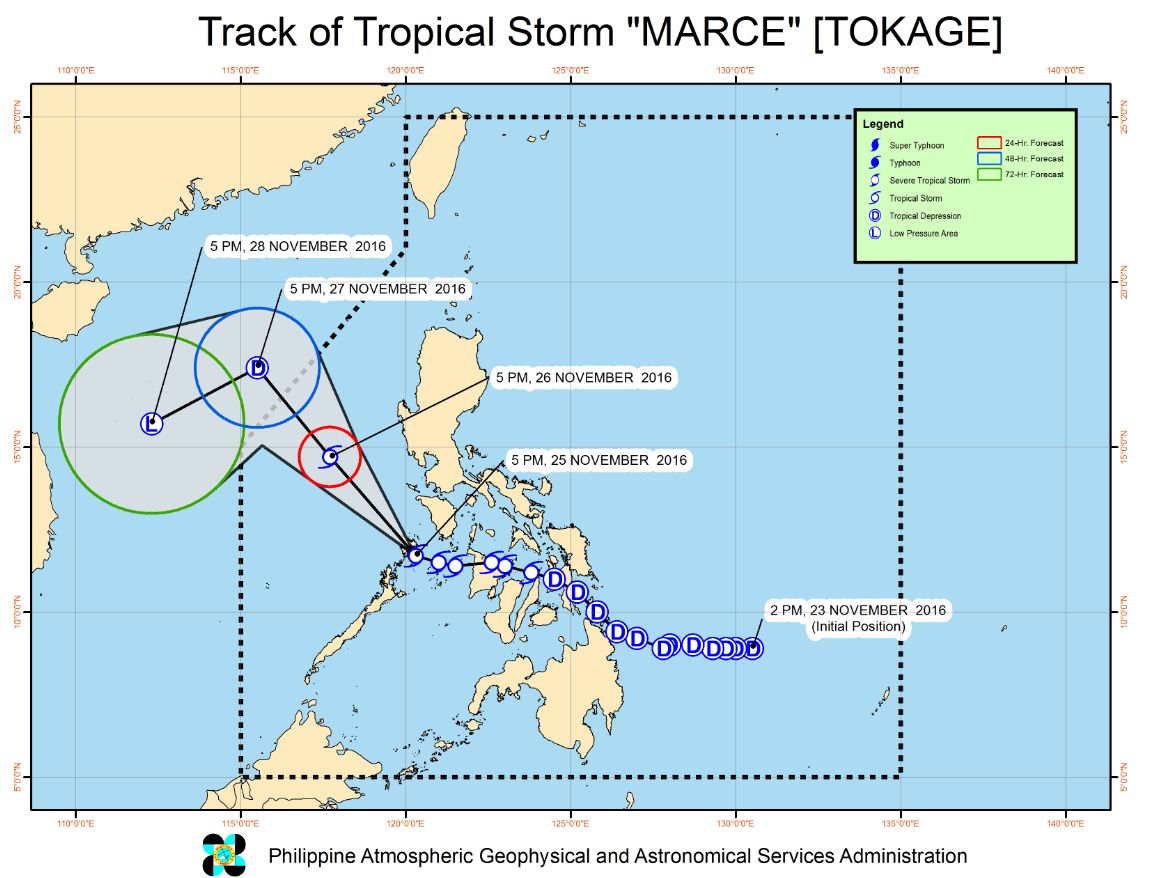 According to experts from WestPacWx, the most intense rainfall is expected to the north of the storm's eye. The heavy rains will continue through November 26, possibly causing localized flooding and landslides across the affected regions.

Due to the storm conditions the Visayas have been forced to shut down the ferry traffic. Rainstorms will continue through the coming weekend, as the system slowly moves along the western coast of Luzon. The effects will gradually improve, as the storm weakens due to a cold northern air inflow.