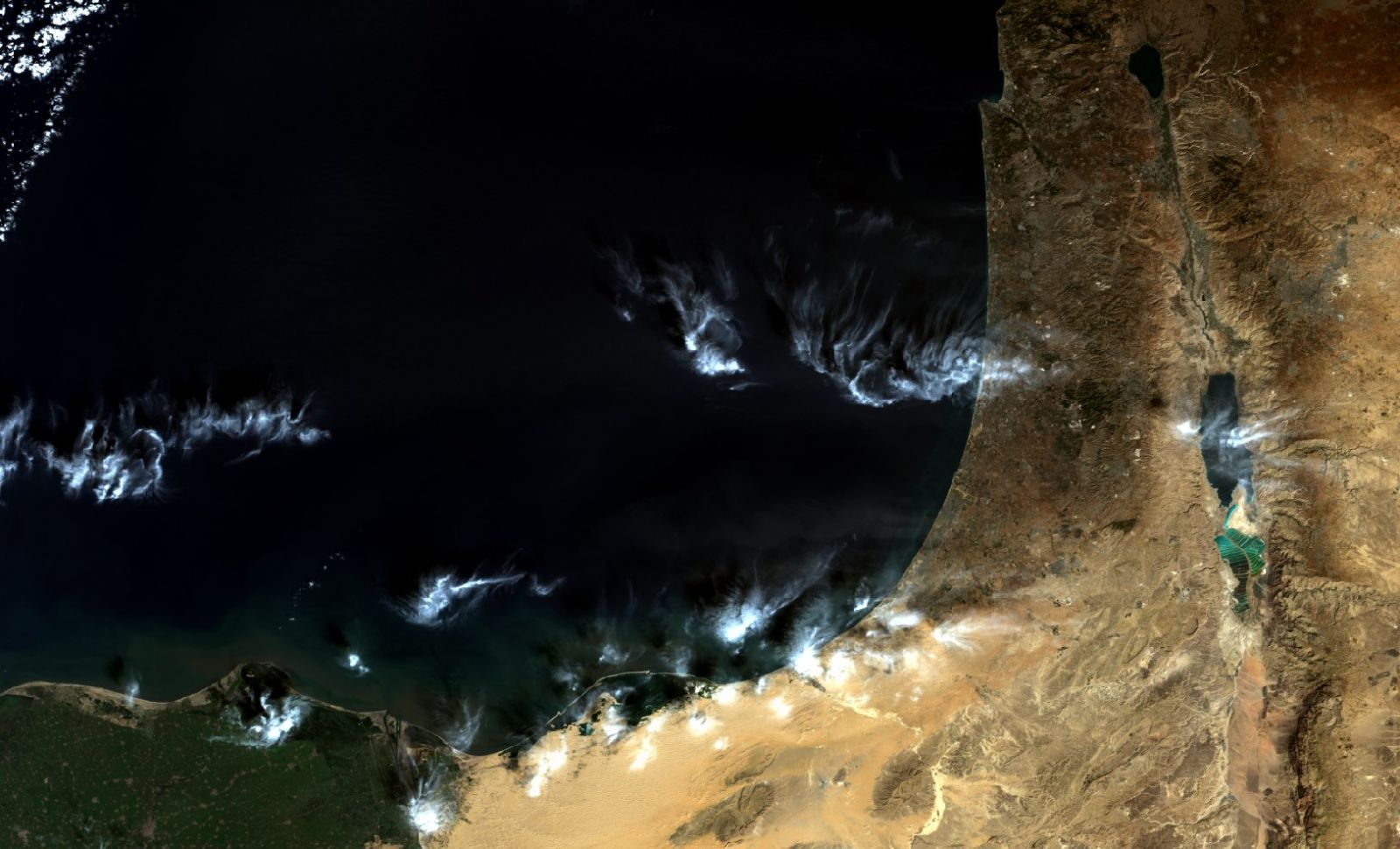 The smoke spreading from the Israel wildfires as observed by the Sentinel-3 satellite. Image credit: Sentinel-3

The European Forest Fire Information System (EFFIS) officials stated the forest fire risk for the affected areas is still extreme, as of November 25.

Benjamin Netanyahu, the Prime Minister of the country has labeled the wildfires as an act of terrorism after 13 people have been suspected of the arson usage and arrested by the Israeli police.

Several European countries have sent emergency aid to Israel. France has offered three fire-fighting planes, and Spain has sent four of them through the Union Civil Protection Mechanism. Croatia, Cyprus, Greece, and Italy have also sent the fire-fighting aircraft.

Israel arrests 12 people after mass wildfires, which cause 80,000 people to be evacuated from the city of Haifa: https://t.co/EfWggfDz3N pic.twitter.com/5SbnYFDmEY

More strong winds and dry weather conditions are expected across the country over the next two days. The current wildfires are the largest observed since 2010.