Nicole, now a post-tropical cyclone, is finally losing its tropical cyclone characteristics as it merges with a frontal system over the cold waters of the North Atlantic, the National Hurricane Center (NHC) reports. The swells from the system are still expected to affect the US east coast, Atlantic Canada, Bermuda, the Bahamas, the Greater Antilles, the Leeward Islands, and the Azores for the next few days, and will likely reach Europe and the northwest coast of Africa. Dangerous surf conditions and rip currents are likely. Nicole's remnants are expected to reach Greenland and Iceland late October 19, 2016, bringing hurricane-force winds and driving snow.​

Nicole formed as a tropical storm on October 4, 2016, about 800 km (500 miles) northeast of Puerto Rico and strengthened into a hurricane by October 6. The system peaked as a Category 2 hurricane, with 168.9 km/h (105 mph) winds, a few hours later. After lashing Bermuda, the system set to travel further north over the North Atlantic.

According to Philip Klotzbach, a meteorologist at CSU, specializing in Atlantic basin seasonal hurricane forecast, Nicole has now been a named storm for 13.75 days, which is the longest-lived Atlantic named storm forming after October 1 since 1906. 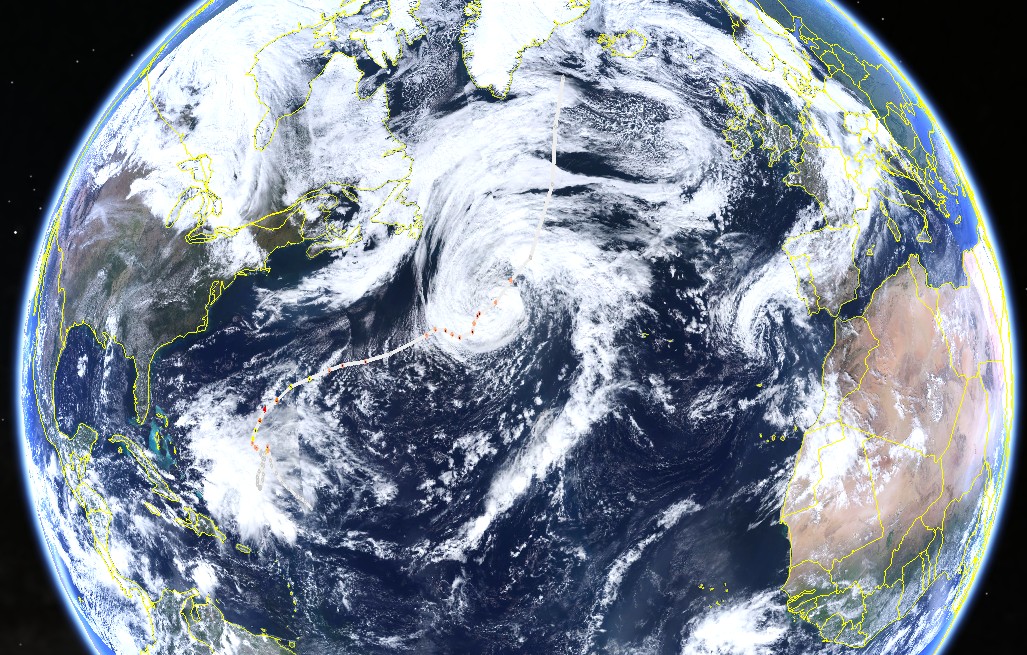 Large swells generated by Nicole will continue affecting the US east coast, the coast of Atlantic Canada, Bermuda, the Bahamas, the Greater Antilles, the Leeward Islands, and the Azores over the next couple of days. NHC warns the dangerous surf conditions and rip currents should be expected.

The swells from Nicole will also likely reach Europe and the African northwest coast over the next day or two.

The remnants of Hurricane #Nicole will slam into the southeastern coast of Greenland, bringing over 10' of snow in spots this week. pic.twitter.com/Eu4T5Qfqbe