Hurricane "Otto" formed on November 22, 2016 in the Caribbean Sea as the 7th hurricane of the 2016 Atlantic hurricane season, including record-breaking, early season Hurricane "Alex" of January 2016. Otto was nearly stationary system since it became a tropical storm on the 21st but is now slowly moving toward Costa Rica and Nicaragua. The main threats are life-threatening flash floods and mudslides. At least 4 people have been killed in Panama. Massive evacuations are in progress.

Otto is expected to make landfall as a Category 1 hurricane on the Saffir-Simpson Hurricane Wind Scale somewhere near the Costa Rica-Nicaragua border around 18:00 UTC on Thursday, November 24. It is rare for a storm of Otto's ferocity to make landfall so far south in the Caribbean.

Strong winds and heavy rain associated with this late season hurricane are already affecting Panama and Costa Rica, and have claimed at least 4 lives in Panama on Tuesday, November 22. Panamanian President Juan Carlos Varela said another 4 people are considered missing.

According to the BBC, two victims died in a mudslide, a girl drowned in a river and a boy died when a tree fell on the car taking him to school. His mother, driving, survived. Officials said about 50 homes were destroyed by mudslides. Flights have been delayed and schools suspended until Thursday.

Looking at the statistics, Otto is the latest Atlantic hurricane to form since Epsilon of 2005, the latest hurricane (in the calendar year) in the western Caribbean on record (since 1851), breaking old record set by Martha in 1969. According to meteorologist Philip Klotzbach, 0 hurricanes on record (since 1851) have made landfall in Costa Rica. The latest hurricane (in the calendar year) to make landfall in Nicaragua was Ida on November 5, 2009.

#Otto is now latest hurricane (in the calendar year) in western Caribbean on record (since 1851), breaking old record set by Martha (1969). pic.twitter.com/YNGBYQo9an

Some strengthening is expected before Otto makes landfall, with weakening expected after the center moves inland. 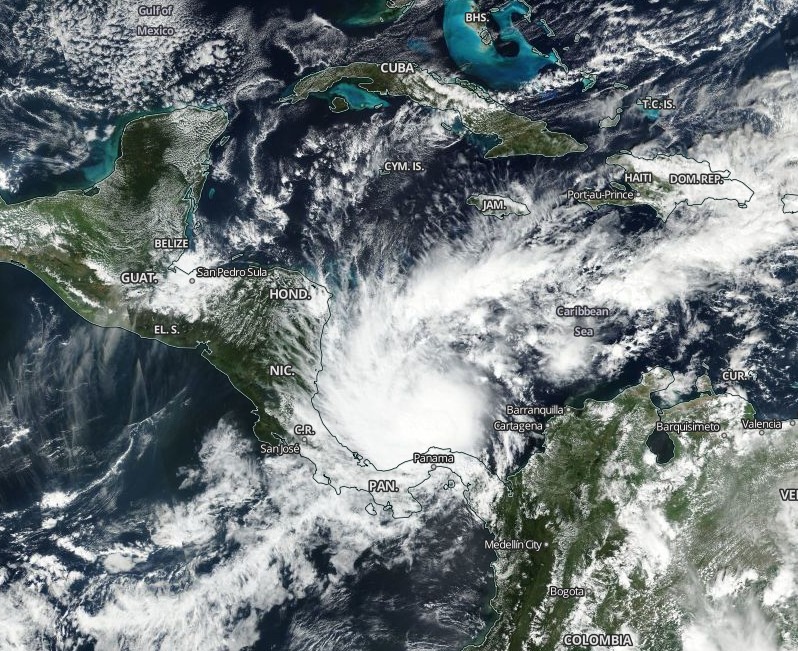 Outer rain bands from Otto are expected to produce rainfall accumulations of 101.6 to 203.2 mm (4 to 8 inches) over San Andres and Providencia islands, and the higher terrain of central and western Panama and southern Costa Rica through today. Total rainfall of 152.4 to 304.8 mm (6 to 12 inches), with isolated amounts of 381 to 508 mm (15 to 20 inches), can be expected across northern Costa Rica and southern Nicaragua through Thursday.

These rains will likely result in life-threatening flash floods and mud slides. 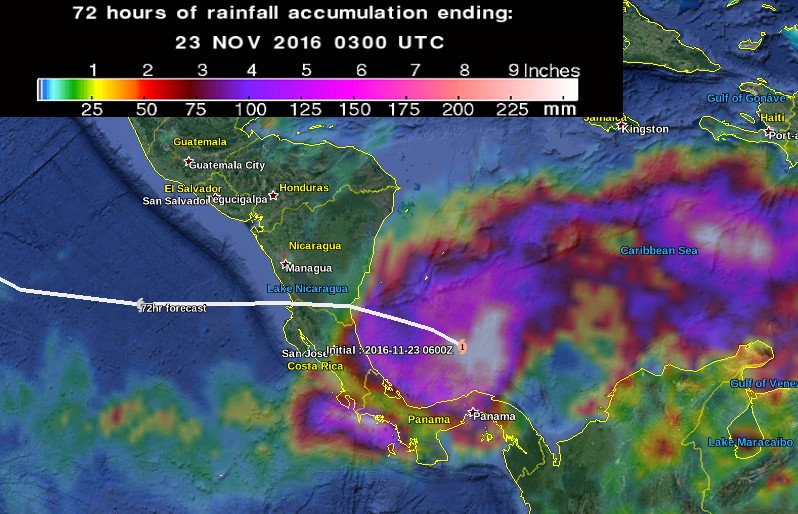 The combination of a dangerous storm surge and large and destructive waves could raise water levels by as much 61 to 122 cm (2 to 4 feet) above normal tide levels in areas of onshore flow within the hurricane warning area.

Swells generated by Otto are likely to cause life-threatening surf and rip current conditions over the next several days along the coasts of Panama, Costa Rica, and Nicaragua.