Torrential downpours that have been affecting the New Caledonia since November 20, 2016, triggered deadly flooding and landslides in the region. So far, five people died, five others were injured, and 11 went missing.

According to Meteo France, a depression combined with a warm tropical air mass produced heavy rainfall, strong thunderstorms, and intense winds in the eastern New Caledonia.

401.1 mm (15.8 inches) of rainfall was recorded at the Méa station, in a period of 12 hours between November 21 and 22. The downpours triggered deadly landslides in the municipalities of Houïalou and Kouaoua. 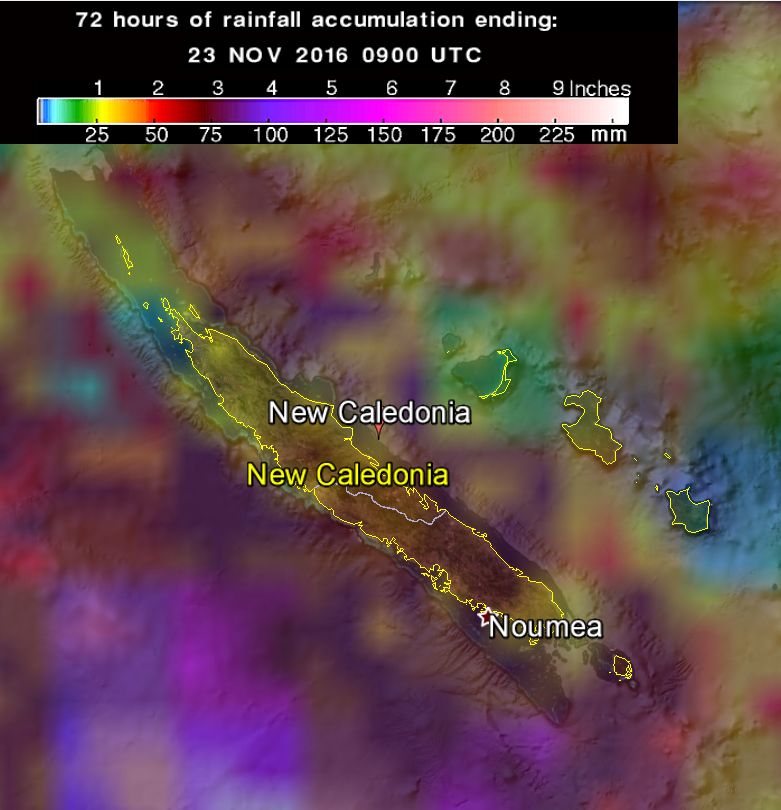 The Canala, Thio, Koné, Poya, and Pouembout municipalities were affected as well.

81 mm (3.2 inches) of precipitation was recorded in the Art Island, Belep Islands, in a 24 hour period between November 19 and 20 while Moue, Ile des Pins observed 59 mm (2.3 inches) of rainfall in a 24-hour interval on November 22, according to the WMO.

Due to intense rainfall, a massive part of a mountain collapsed producing a landslide.

According to a local commentator, the rivers and creeks may have been blocked by the mining waste while the mountainside eroded as a result of bushfires and drought. 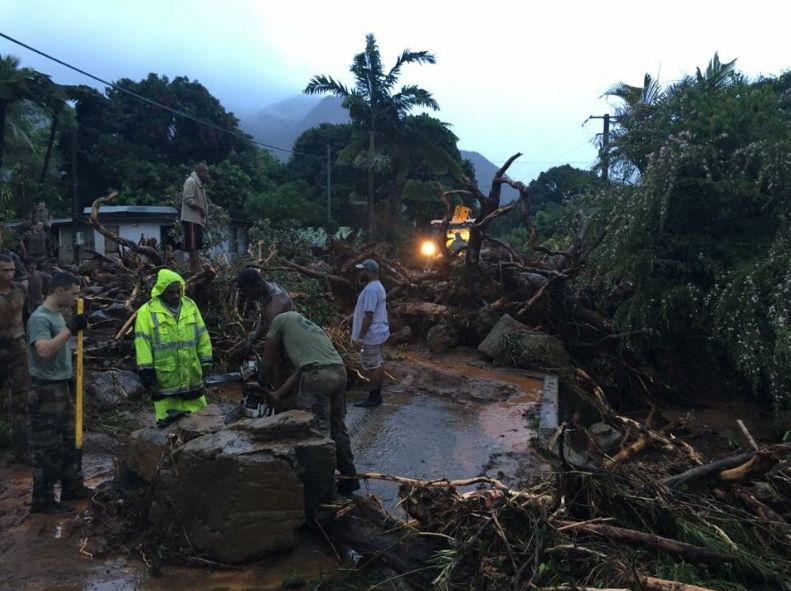 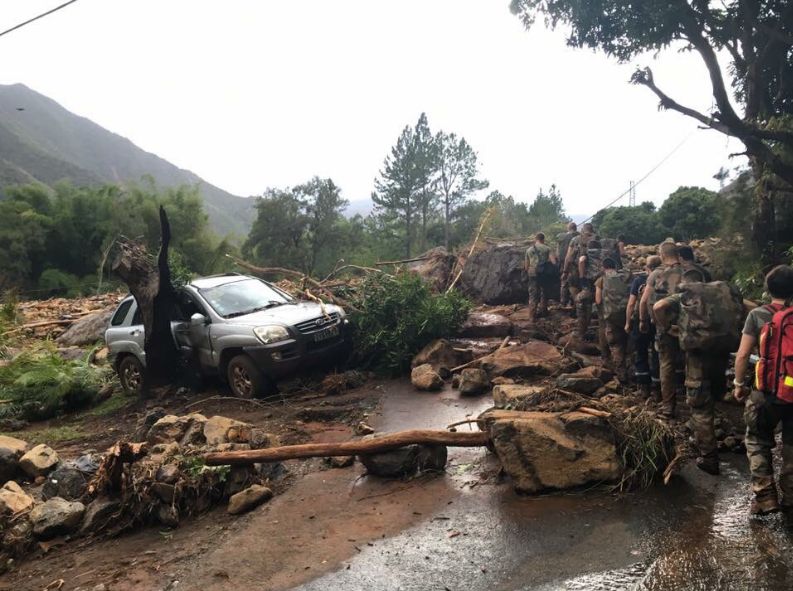 Severe flooding and landslides have prompted road closures across the affected area leaving numerous people isolated. Power outages, telecommunication problems, and low water supplies have also been reported. A water purification unit has been provided by the French Red Cross.