Hurricane "Otto" has made landfall as a Category 2 storm just before 18:00 UTC on November 24, 2016 near the town of San Juan de Nicaragua in southern Nicaragua, on the border with Costa Rica. A number of people are dead or missing in Costa Rica. Before it made landfall, 8 people have lost their lives in Panama as a result of strong winds and heavy rain.

At the time of landfall, Otto had maximum sustained winds of 177 km/h (110 mph), making it a Category 2 hurricane on the Saffir-Simpson Hurricane Wind Scale. 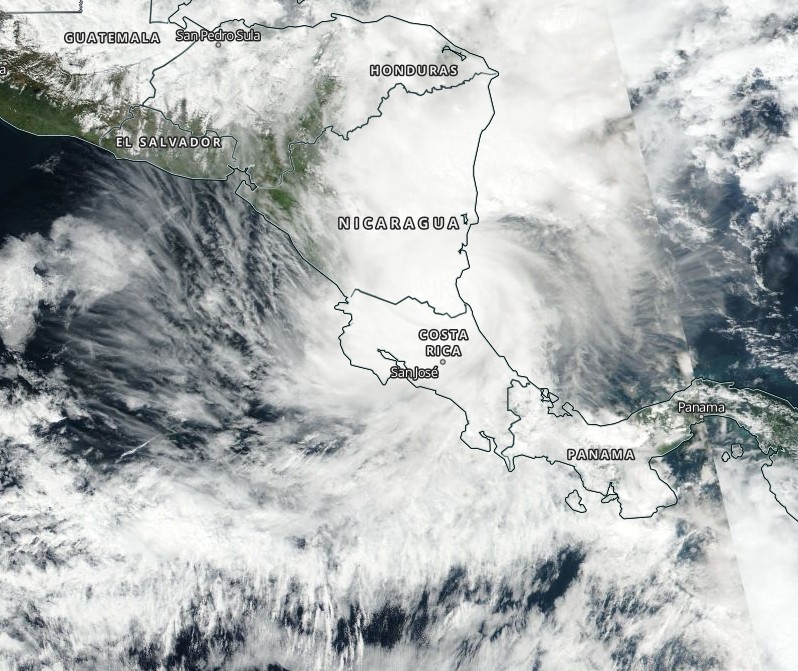 According to NOAA's best track database dating back to 1842, only 18 storms of at least tropical strength had formed on or after November 21 since 1950. The last one was Olga of December 2007.

Only 9 tropical cyclones became hurricanes anywhere in the Atlantic basin after November 21 between 1950 and 2015. The last one was Epsilon of December 2005. Only 1 of those occurred in the southwest Caribbean Sea, Martha in 1969.

There have been only three November or later Nicaragua hurricane landfalls on record, none of which were as late as Otto.

According to meteorologist Philip Klotzbach, Otto has increased the 2016 Seasonal Atlantic Accumulated Cyclone Energy to 133, the highest Atlantic seasonal ACE value since 2010.

#HurricaneOtto currently is a Category 1 with 75 mph winds. #Otto continues its path across #Nicaragua. pic.twitter.com/72ZQKANRd6

Before it hit, Costa Rica has ordered 4 000 people to evacuate from the Caribbean coast. Country's president, Luis Guillermo Solis, said today that an unknown number of people are dead or missing after the hurricane. The country had not been directly hit by a hurricane since records began in 1851.

There are no reports of casualties in Nicaragua.

Otto has been associated with 8 deaths in Panama, according to a statement made by country's Civil Defence Director today. 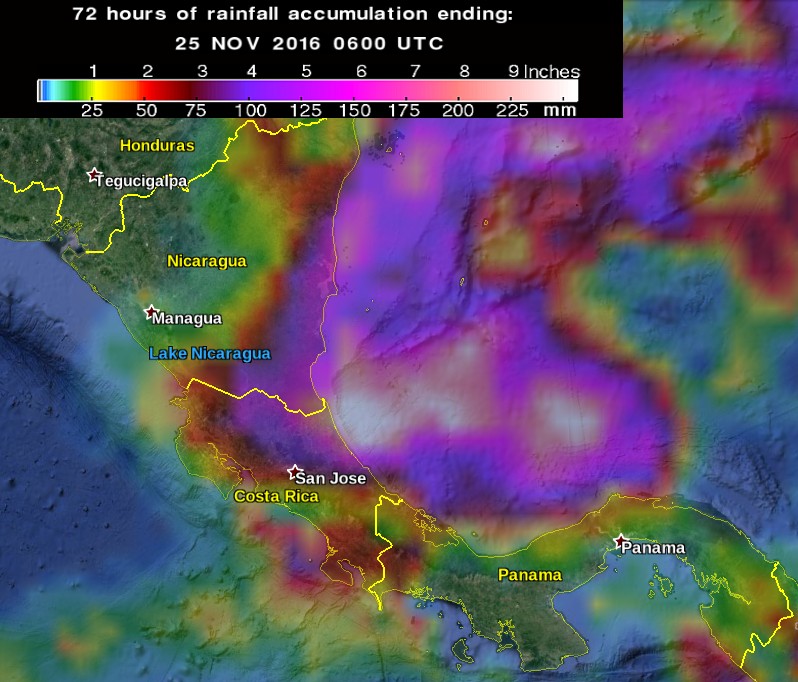 Heavy rains associated with this system will continue to affect portions of northern Costa Rica and southern Nicaragua today and are expected to move offshore of Costa Rica and Nicaragua into the eastern Pacific by the day's end.

Additional rainfall amounts of 50.8 to 101.6 mm (2 to 4 inches) are possible this morning across northern Costa Rica and southern Nicaragua.

Earlier heavy rains and the potential additional rainfall will continue to pose the threat of life-threatening floods and mudslides across these regions.

Update: At least nine people have lost their lives in Costarica, authorities reported on November 26.