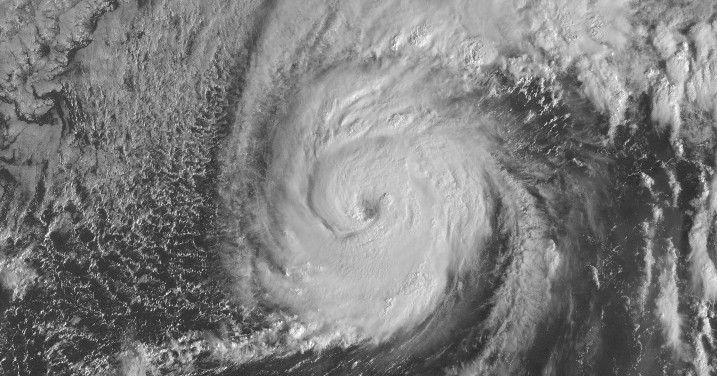 Hurricane "Nicole", currently a Category 2 system, is heading toward Bermuda and is expected to pass over the island early October 13, 2016. The Bermuda Weather Service has placed a hurricane warning into effect, alerting the residents to expect hazardous conditions, intense winds and thunderstorms, dangerous surf and rip currents, very rough seas and high swells, ahead of the system's approach.

Nicole formed as a tropical storm on October 4, about 800 km (500 miles) northeast of Puerto Rico and strengthened into a hurricane by October 6. The system peaked as a Category 2 hurricane, with 168.9 km/h (105 mph) winds, a few hours later, at which time the neighboring Hurricane "Matthew" reported winds reaching 193 km/h (120 mph). According to Joe Munchak, a research scientist at NASA's Goddard Space Flight Center in Maryland, the date marked the latest in the calendar year that two storms in the North Atlantic Ocean had winds over 168.9 km/h (105 mph) at the same time. 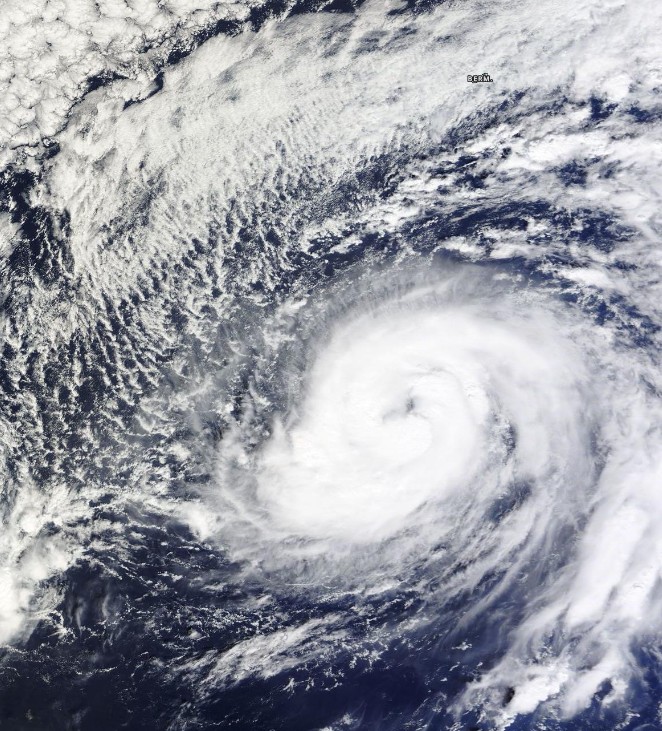 Winds of hurricane force extend up to 45 km (30 miles) away from the center while the tropical storm force winds reach up to 185 km (115 miles) outward. 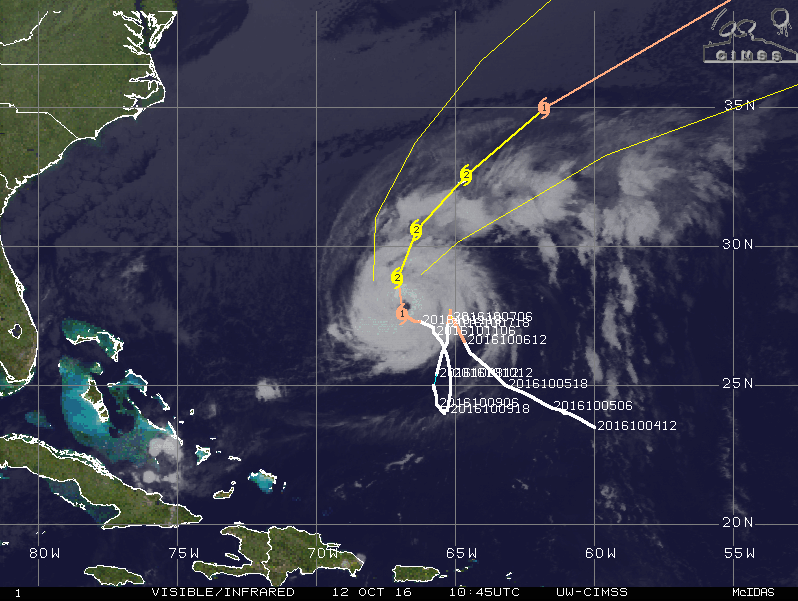 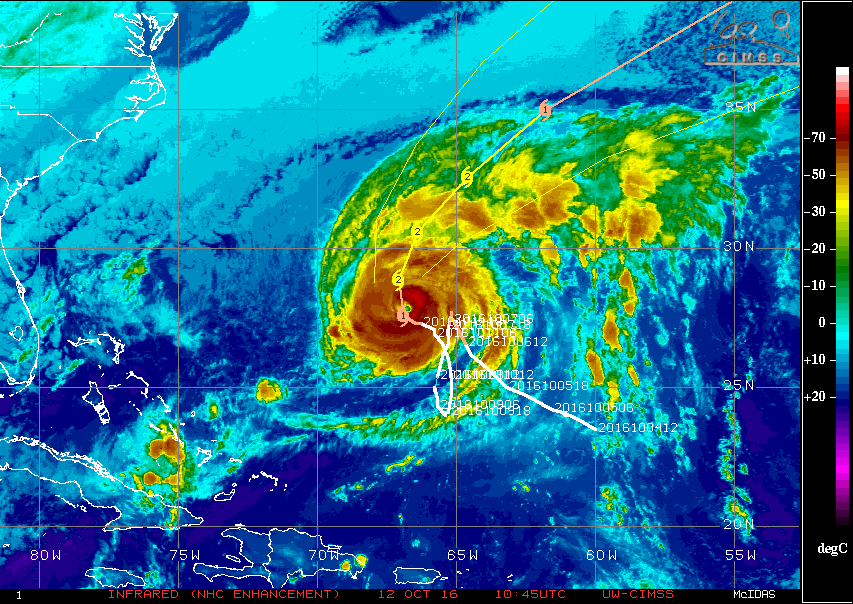 An increase in the forward speed of the system with a turn toward the north-northeast is expected on October 13 when the hurricane's core will near Bermuda. Nicole has been forecast to strengthen over the 36 hours and may become near major hurricane by later today.

According to NHC, hurricane conditions will begin on Bermuda on the morning of October 13, and tropical storm conditions are expected by later today or tonight. The forecast warns about a dangerous storm surge, accompanied by large and destructive waves, expected to produce coastal flooding on the island.

Hurricane "Nicole" is expected to produce total rainfall accumulation between 101.6 and 203.2 mm (4 and 8 inches) over Bermuda through October 13. Swells associated with the system will likely affect the island over the next couple of days and are expected to induce dangerous surf conditions and rip currents.

On the forecast track, the core of Nicole will pass near Bermuda within a couple of hours. Although a gradual weakening is forecast, Nicole is expected to remain a major hurricane when it moves near Bermuda.

A dangerous storm surge will raise water levels by as much as 1.8 to 2.4 m (6 to 8 feet) above normal tide levels in Bermuda and will be accompanied by large and destructive waves, NHC warns.

Nicole is expected to produce total rain accumulations of 127 and 203.2 mm (5 to 8 inches) over Bermuda through this evening.

These swells will create dangerous surf conditions and rip currents.